If Orange Plague seriously wanted everyone to get $2K rather than $600 as part of the now-signed pandemic relief bill, why didn’t he start engaging with the Cangressional process weeks ago? Or at least do it through Mnuchin? Pretty much all Trump has done since 11.4.20 is spread his delusional bullshit about battleground vote tallies being somehow rigged. $600 is an insult, of course, but that’s not the point.

The newly constructed Moynihan Train Hall, an adjunct of Penn Station, will open in a few days. The Moynihan can’t hope to challenge much less replicate the grandeur of the old Penn Station, which was demolished in ’64. But at least it’s an attempt to improve the coming-and-going atmosphere, which had degenerated into a “subterranean rat’s maze” (N.Y. Times, Michael Kimmelman, “When the Old Penn Station Was Demolished, New York Lost Its Faith“).

The Amtrak video indicates that the Moynihan lacks that sense of splendor, that scale, that aura of towering grandeur that has always characterized the great train stations of the world.

IMHO Grand Central Station is the only truly transporting and monumental American train hub; all the other choice ones are in Europe.

HE favorites: Milan, Gare de Lyon (love catching the 7:15 am train from Paris to Cannes) and Gare du Nord (Paris), Stazio Termini (Rome), Berlin Hauptbanhof and the stations in Prague, Munich, Zurich, Marseilles, Barcelona. Tatiana says after visiting the great Russian train stations (Kievsky in Moscow, the one in St. Petersburg) no U.S. train stations seem all that impressive.

What am I missing? Nominations for the all-time greatest train stations are requested.

I haven’t watched Arsenic and Old Lace since I was 12 or 13, but I’m fairly certain the clip at the 38-second mark is from that 1944 film (which was actually shot sometime in ’42). Right?

The reason I haven’t watched this Frank Capra film in decades is that my main recollection is that it’s hyper and strenuous. A 480p version is streaming on Amazon but I don’t know. I remember enjoying Raymond Massey (in the part created on the New York stage by Boris Karloff) and Peter Lorre, but that was all.

Cary Grant may have been classic Hollywood’s ultimate embodiment of suave sophistication, but thankfully he never took himself too seriously, as seen in these comedy classics that showcase his inimitable flair for farce.

How real is John Goodman‘s “Charlie Meadows” (John Goodman) in Barton Fink (’91)? It never mattered much to me, and I suspect it wasn’t a matter of great concern to Fink creators Joel and Ethan Coen. I think they just enjoyed fiddling with Charlie’s amiable, common-man personality (he’s like John Candy‘s Del Griffin), but at the same time without a clear idea what to do with him.

John Turturro’s Fink is a Clifford Odets-like playwright who’s agreed to write a Wallace Berry wrestling movie for an MGM-like Hollywood studio. After arriving in Los Angeles and checking into an oddly grim-feeling hotel, Fink meets Charlie, a fellow resident who seems friendly and folksy and easy to talk to. Later, of course, Fink learns from a pair of hard-boiled detectives that Meadows is actually “Mad Man Mundt”, a mass murderer.

But in the final act Mundt’s hellfire insanity seems a little over-the-top, and we’re led to wonder if he’s flesh and blood or perhaps some kind of demon from Fink’s creative unconscious.

Joel and Ethan, the director-writers of Barton Fink, allow us to wonder about Mundt without tipping their hand. He might be an actual killer or a weird creation of some kind, or maybe a mixture of the two. (Real Charlie, imagined Mundt.) We’re never quite sure, and that’s intentional, of course.

Just as writers are condemned, in a sense, to live in their thoughts, instincts and imaginations, Fink is enslaved to anxieties and nightmares that course through his system, partly about where modern urban society is heading as far as “the common man” is concerned, and partly about whether or not a kind of irrational madness may be afoot.

Fink’s greatest concern may be about that ultimate bugaboo and destroyer of worlds — writer’s block. What seems certain is that there’s a kind of madness in Fink’s creative brain, and a corresponding madness in the behaviors of “Charlie Meadows” as well as Judy Davis’s character, the unfaithful wife of that alcoholic, William Faulkner-like writer who goes on benders from time to time.

Nothing is stable or settled in Barton Fink — everything that transpires feels a bit skewed or bent or…overly imagined?

Likewise, Anton Chjigurh (Javier Bardem), the deranged hit man in No Country For Old Men (’07), may also be a ghost of some kind, at least as far as Sheriff Tom Bell (Tommy Lee Jones) is concerned.

Like Fink, Sheriff Bell frequently meditates about the moral tempo of society and how a kind of madness seems too be spreading like a plague. As he slowly tracks the destructive Chigurh, Bell is more and more convinced that this murderer with a mid ’60s Ringo Starr hair is the culture and vice vera, and that it’s all changing for the worse. Chigurh, he believes, is the ultimate manifestation of this growing moral rot. It almost seems, in fact, as if Bell is more focused on the omens than in actually catching Chiguh. 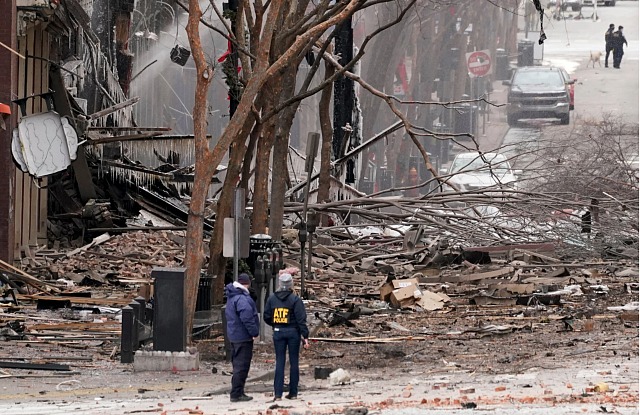 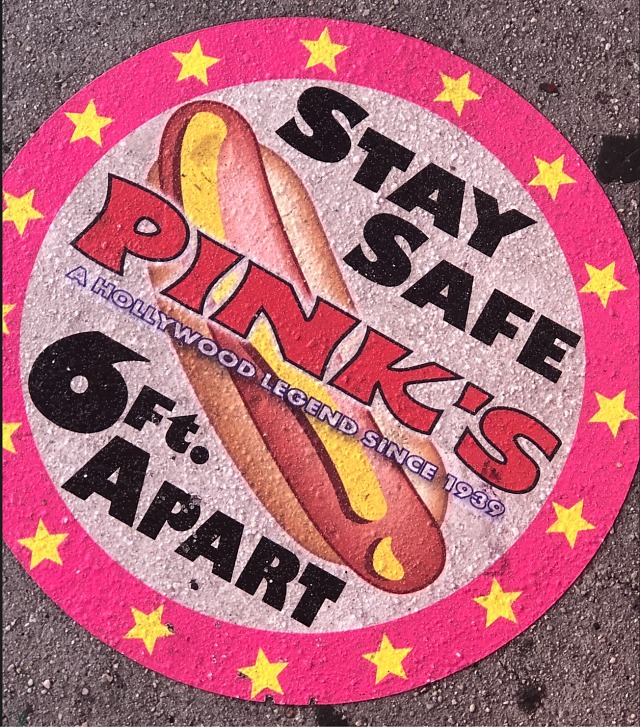 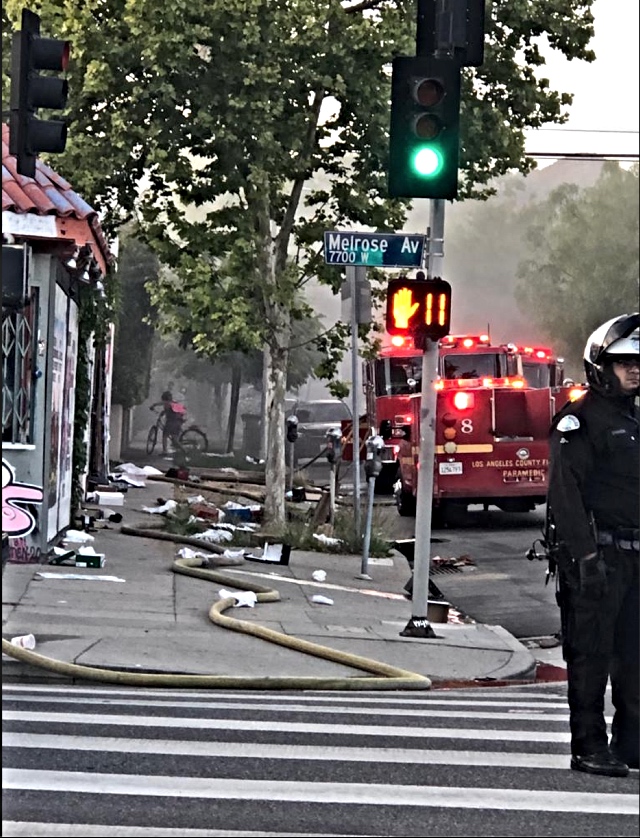 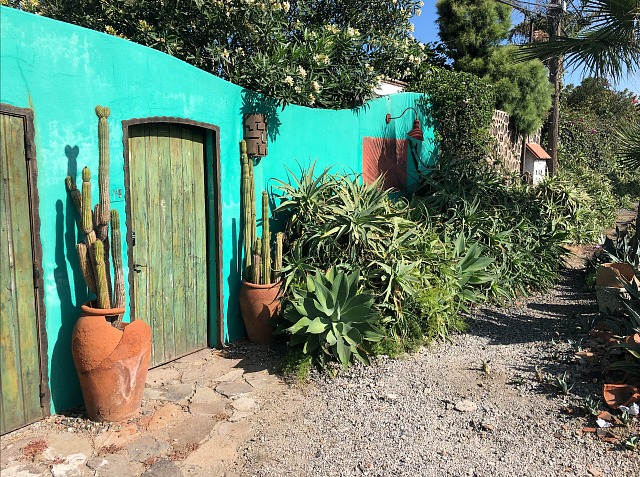 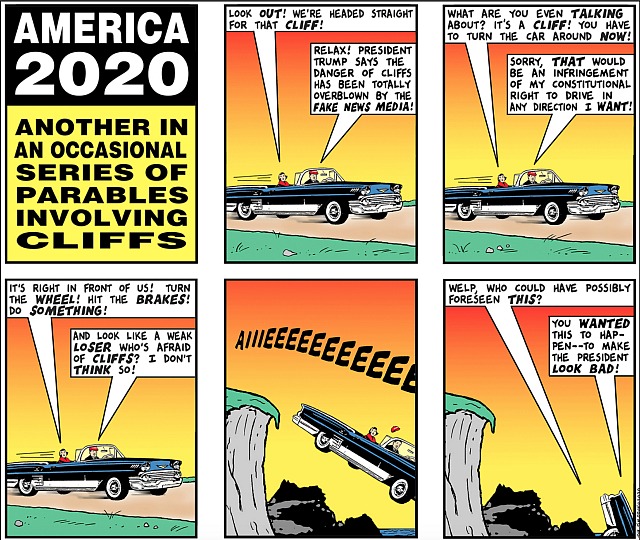 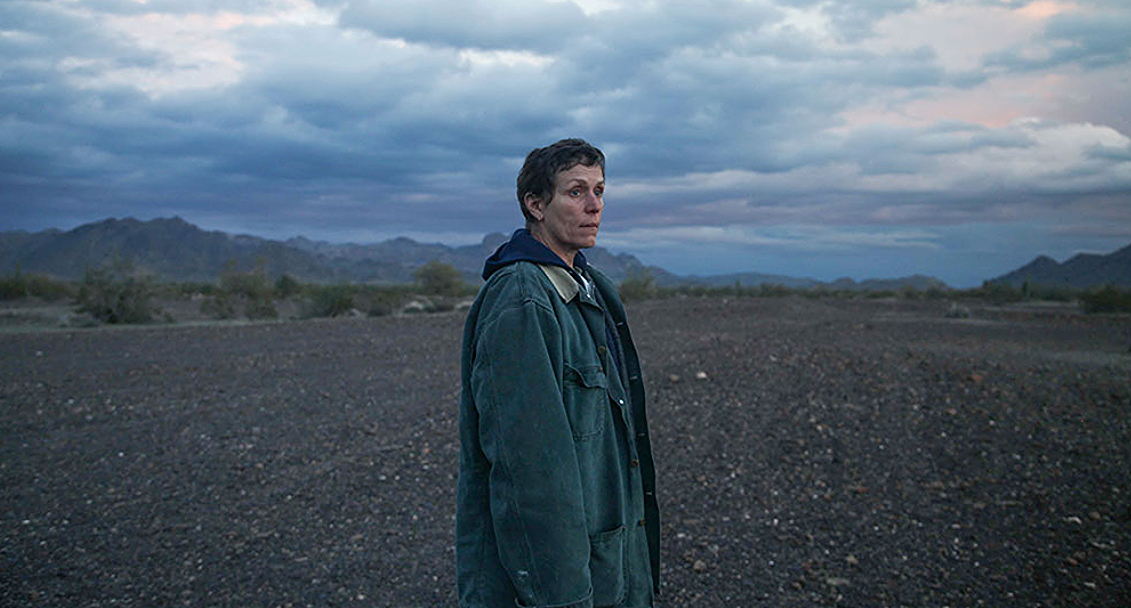 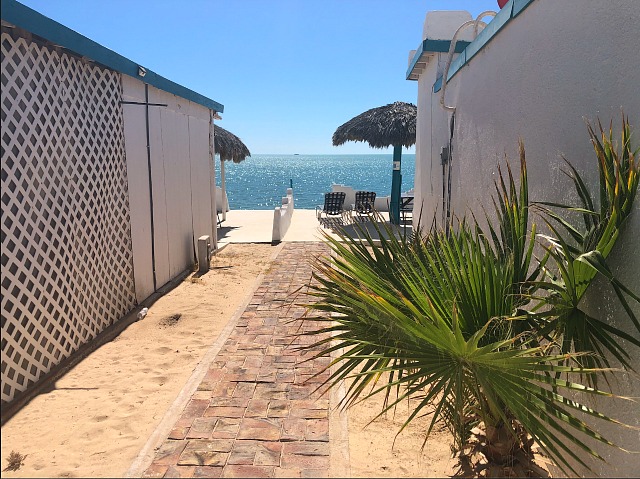 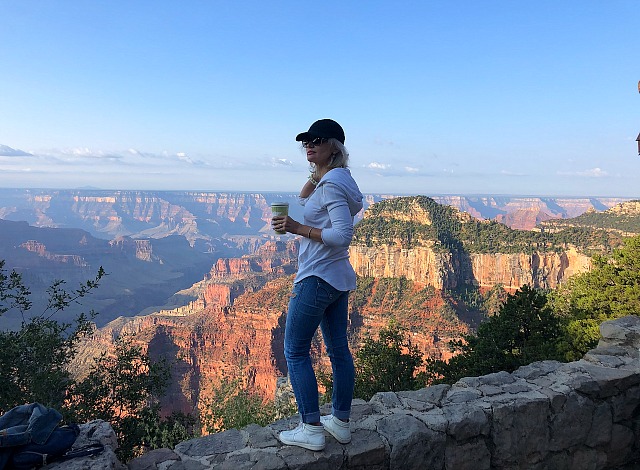 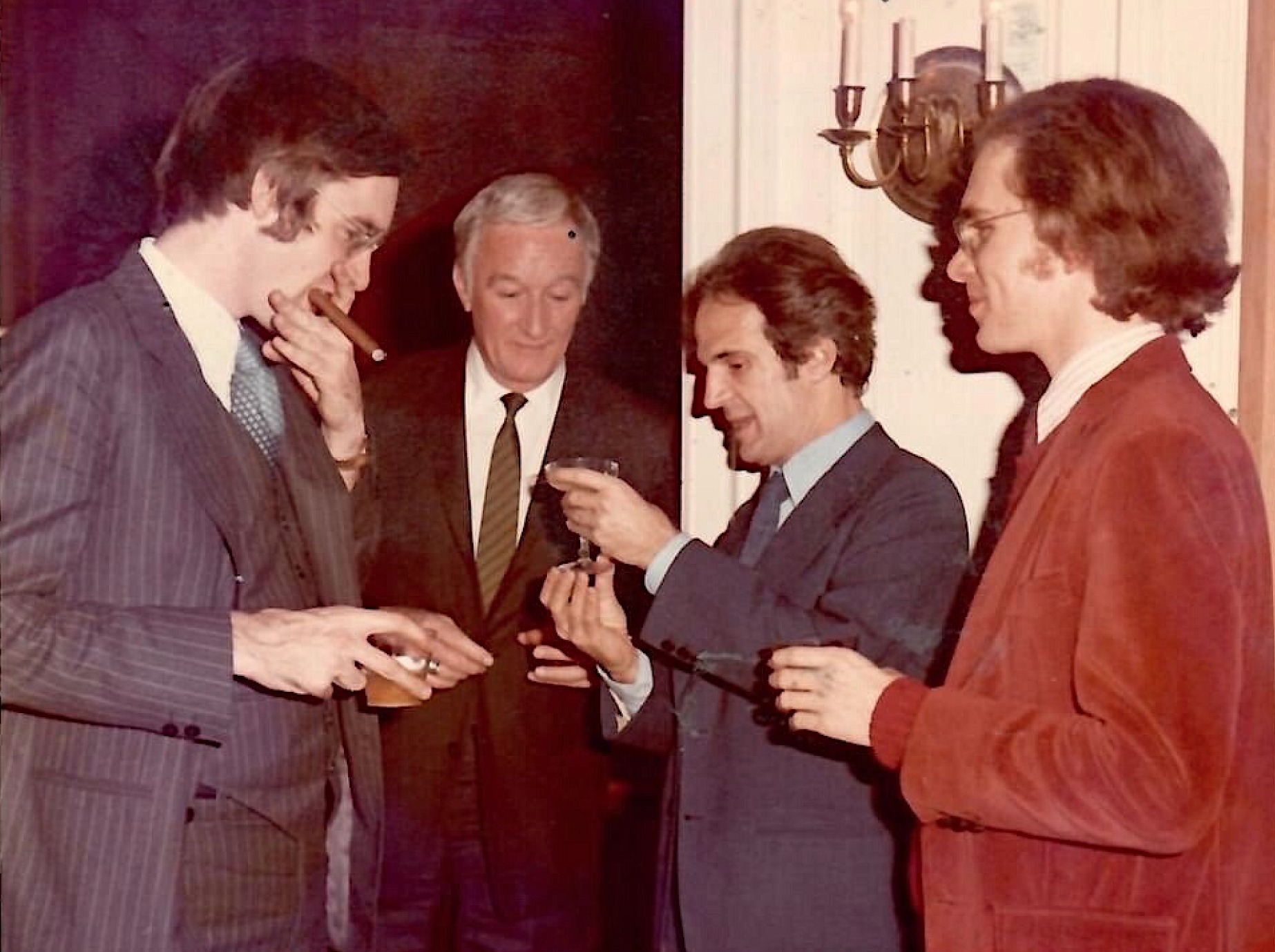 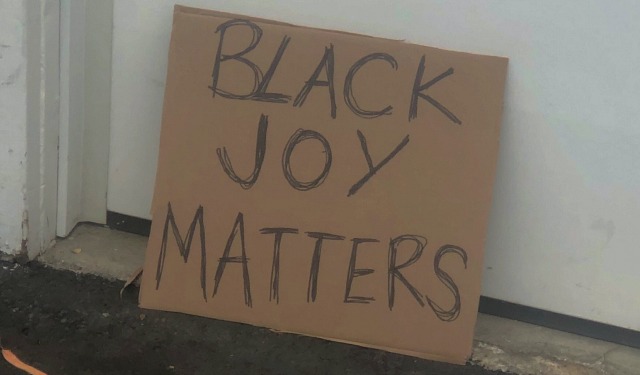 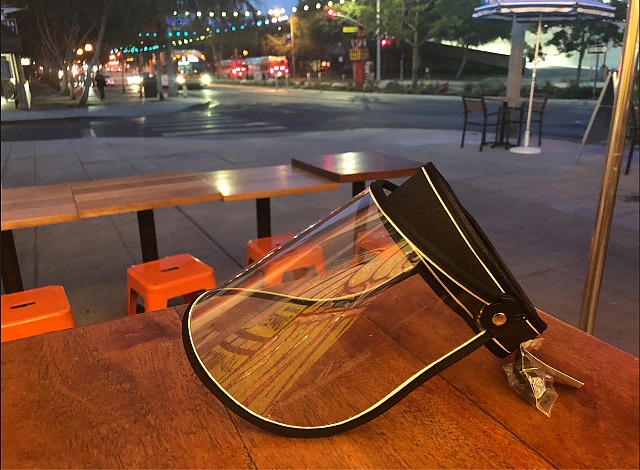 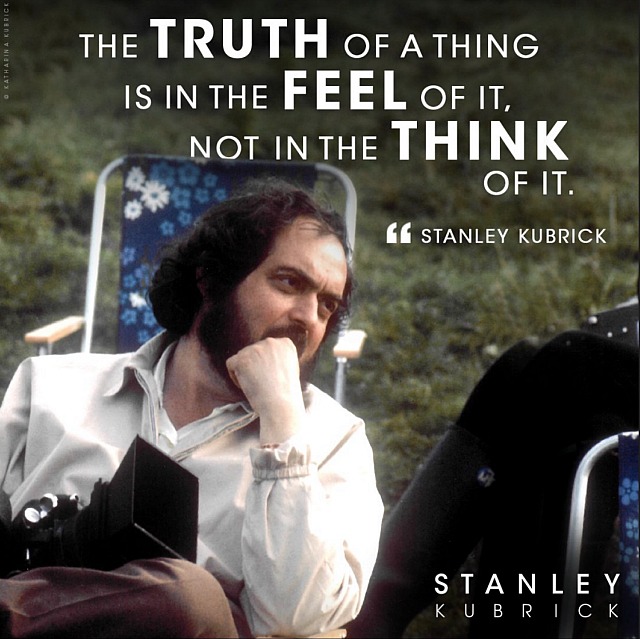 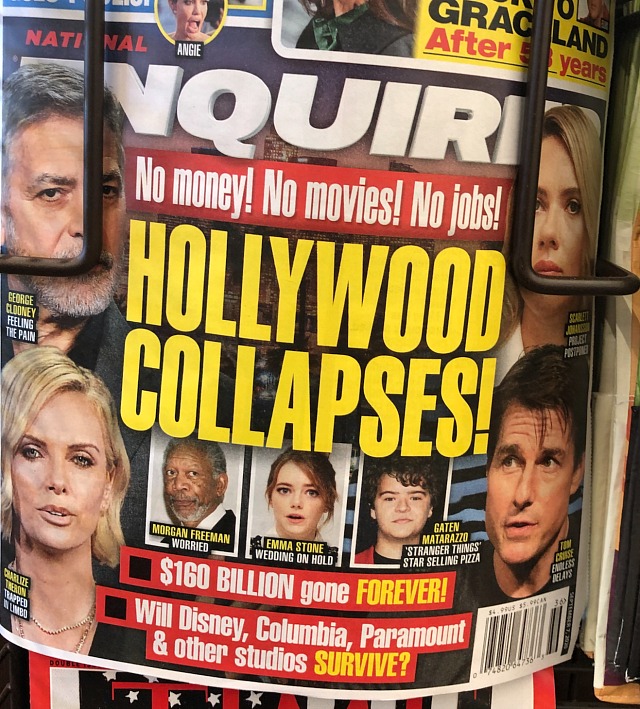 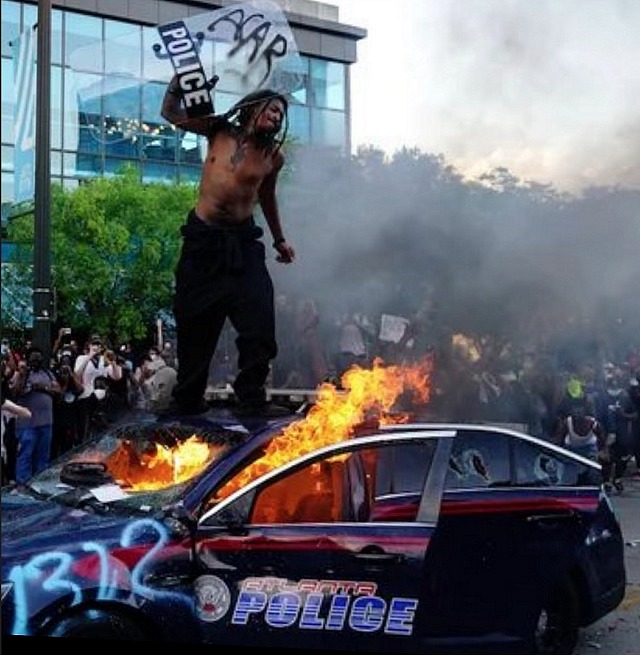 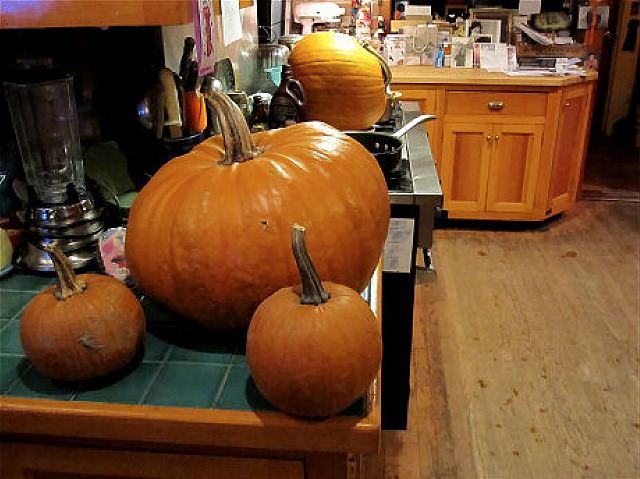 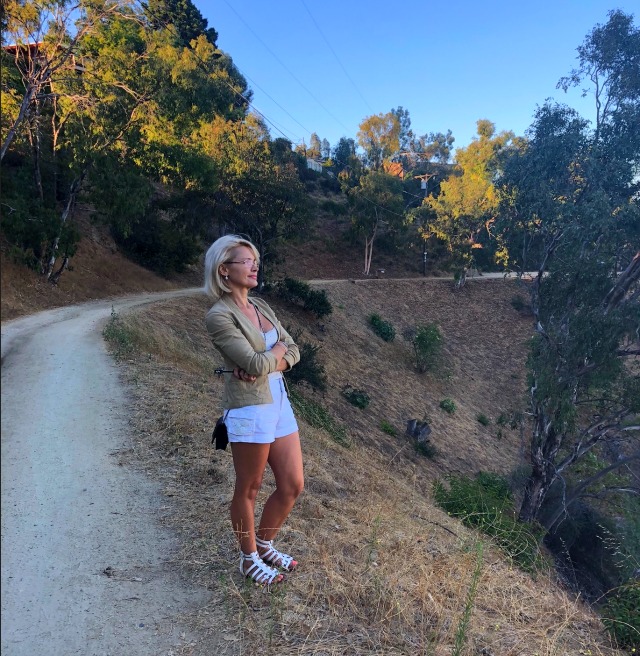 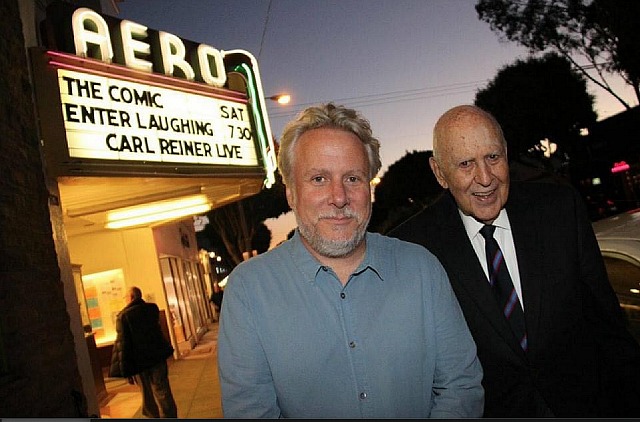 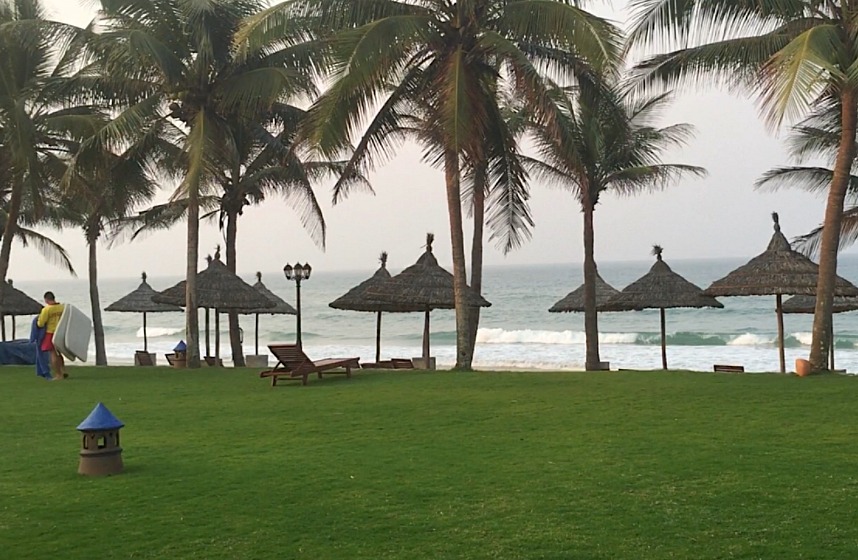 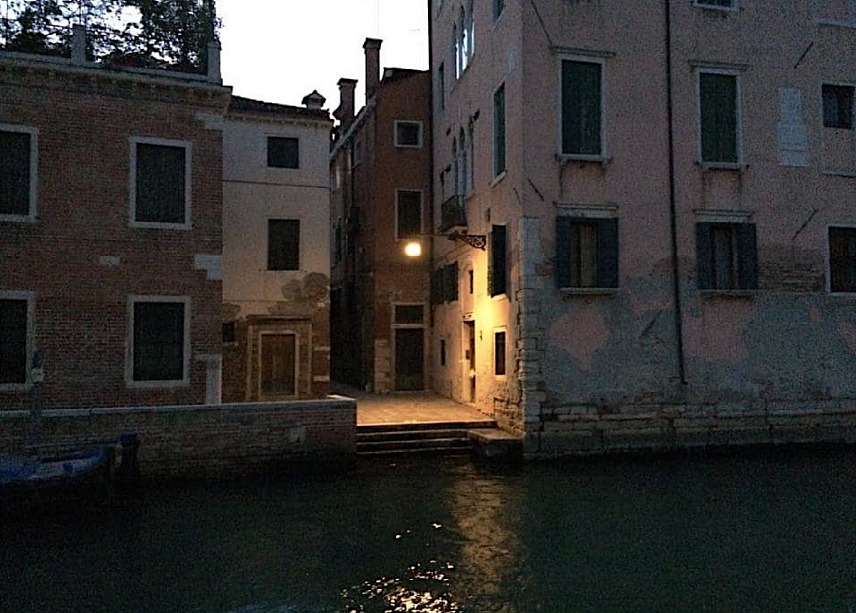 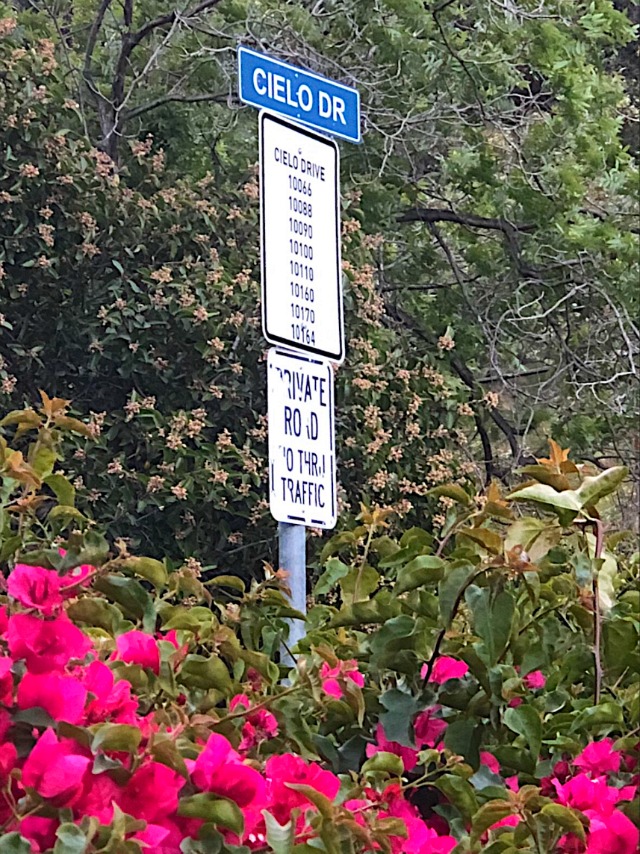 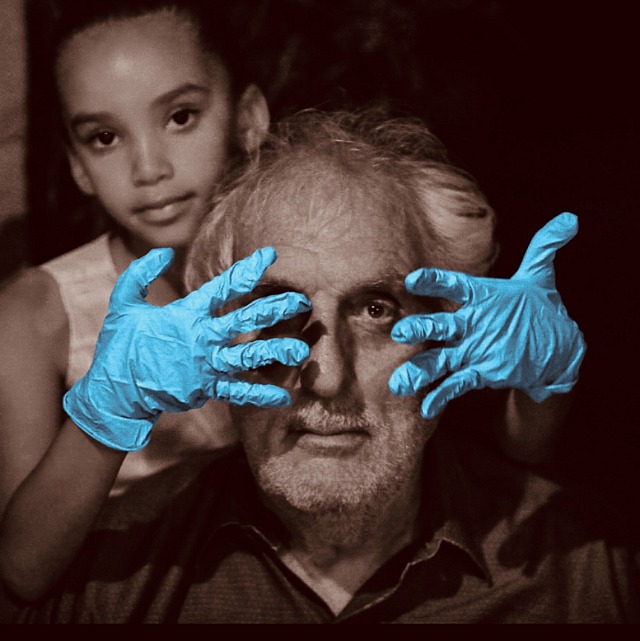 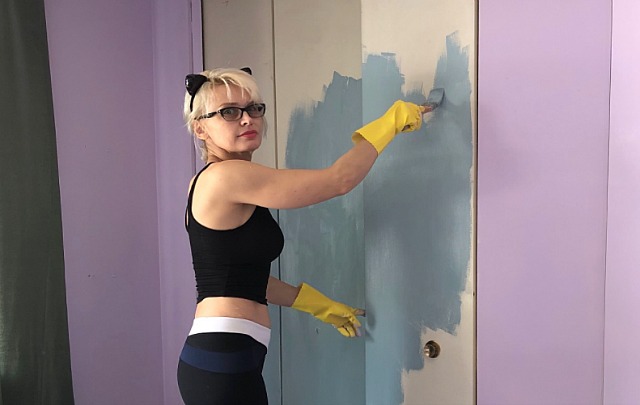 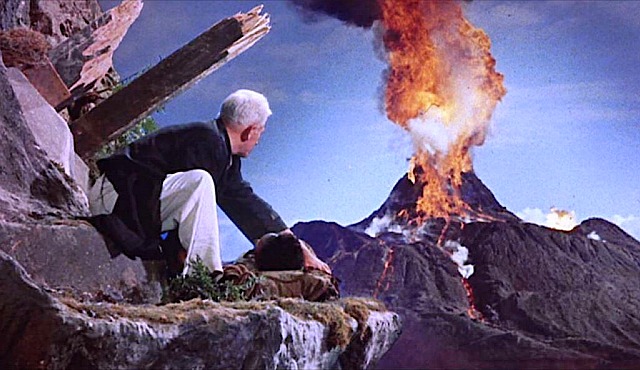 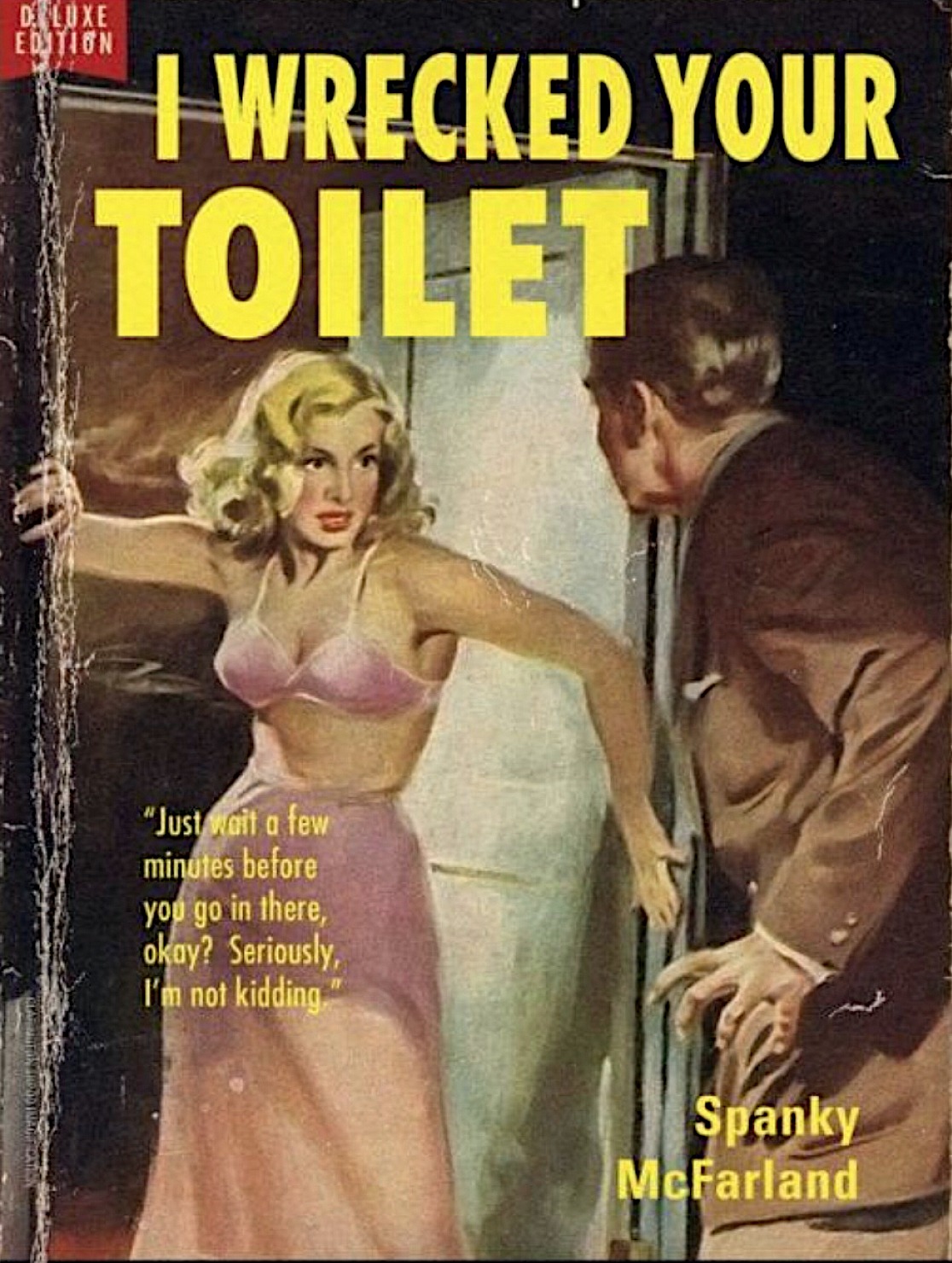 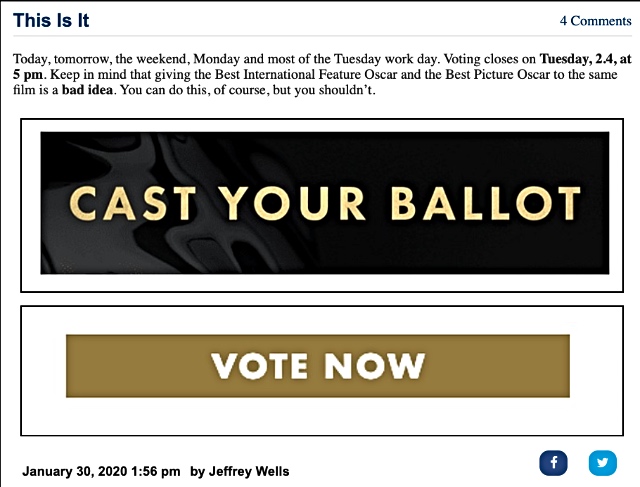