Certain songs and experiences are sometimes welded together in our hearts and memories. For me, The Police’s “Don’t Stand So Close to Me” will always be the song I listened to in a London pub on the night of December 7, 1980 — hours before the death of John Lennon. “Synchronicity” is the soundtrack to my so-called West Hollywood + Hollywood Reporter life of ’83 and ’84. Chumbawumba‘s “Tubthumping” will always be the anthem of the 1997 Mill Valley Film Festival, which the boys and I attended start to finish. And Simply Red/Mick Hucknall‘s “Sunrise” will always always always be the theme song of the 2003 Locarno Film Festival — another great adventure shared by Jett, Dylan and myself 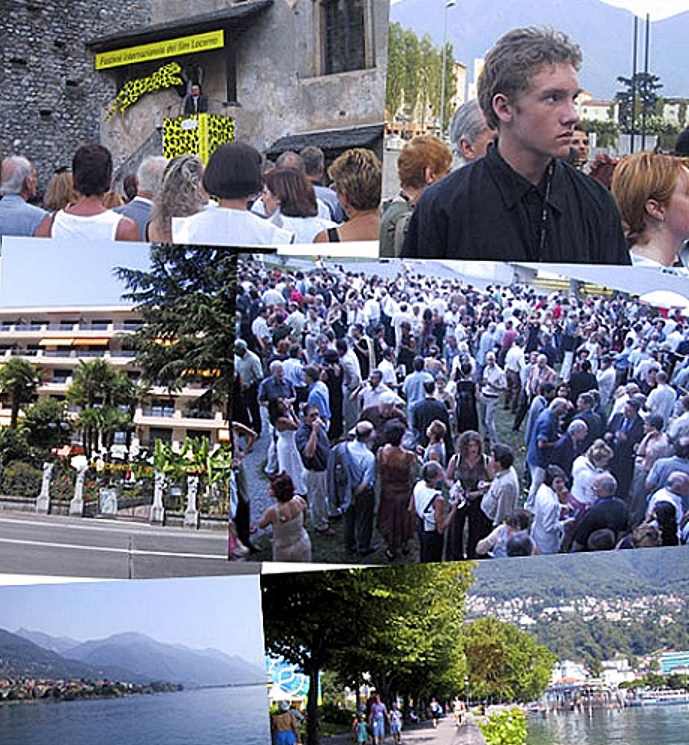 “To escape the damp, jungle-like Paris of the summer of ’03, the boys and I decided to attend 2013 Locarno Film Festival. It began on Wednesday, 8.7.03, and closed ten days later. A smart, elegant, sophisticated gathering. Locarno is in southern Switzerland, of course, but it’s northern Italy in almost every tangible sense — culturally, atmospherically, architecturally. The gelato stands were a daily blessing.

A guy was openly smoking weed later that night while sitting in the middle of a big crowd watching an open-air screening of Vincente Minelli‘s The Band Wagon. Fred Astaire, Nanette Fabray and Oscar Levant…stoned.