Being an ex-New Jersey native, I like to think that I understand tri-state area Italian guys. I didn’t hang with them but I got to know them a bit, and as cliched as it sounds I feel a certain familiarity and even comfort with their bedrock Catholic attitudes (family, loyalty) and ways of looking at life’s hurdles, etc. Even though I’m an LSD Hindu with English and German ancestry and little dabs of French and Welsh thrown in. So like it or lump it but I feel a kinship with the Mooch.

Respect for the late Leon Spinks, who died yesterday of prostate cancer in Henderson, Nevada, at age 67. Spinks won the heavyweight crown in ’78 after defeating Muhammad Ali in a split decision. He was later stripped of the WBC title for facing Ali in an unapproved rematch seven months later, which he lost by unanimous decision.

I’m sorry but when I think of Spinks, I think of Richard Pryor‘s 1978 riff on the guy — that’s the default impression. 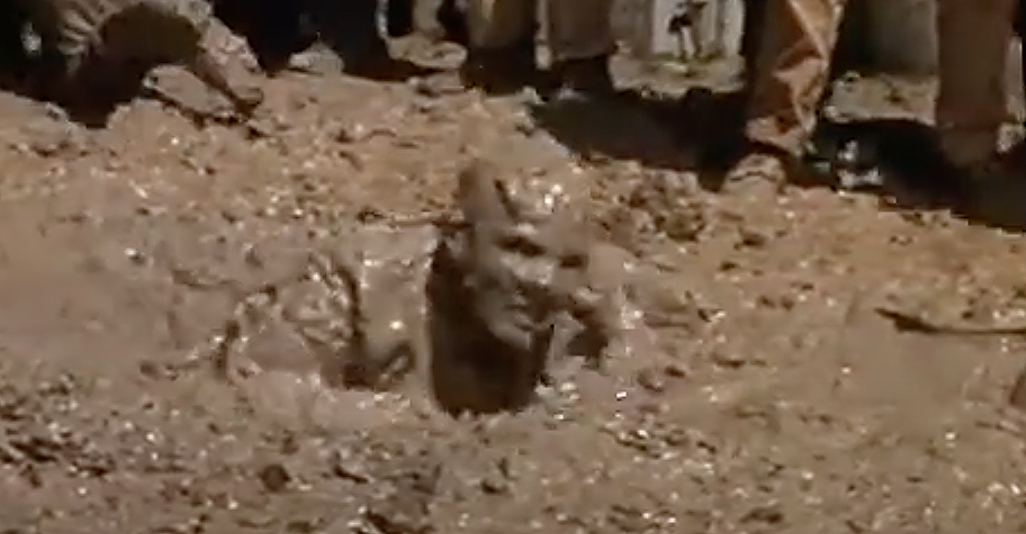 No Comments
Murder By Numbers

After losing two films and being dropped by WME as well as by his personal publicist, Armie Hammer was already bruised, bleeding and on the ropes. And then along came Forbes‘ Scott Mendelson with a coup de grace…”nice knowin’ ya, pal!”…Peter Cushing with a wooden stake and a mallet.

In a piece titled “Armie Hammer Is Expendable“, Mendelson starts with the following: “Armie Hammer is a classic example of a handsome and talented white actor, arbitrarily treated like a movie star despite having almost no hit movies to his name.”

In other words, Mendelson seems to be saying, Hammer was on his way out anyway so no great loss. Wow.

Hammer’s intemperate boudoir behavior caused all the trouble, of course, but what did he actually do, illegally speaking, to deserve a career death sentence? I’m still trying to figure this out.

He was over-zealous in his kinky appetites — I get that part. And he ignored safe words. He allegedly didn’t force anyone to do anything (right?), but women who willingly went along with the games apparently got miffed when their relationship with him ended, and so they decided to “out” him by posting texts. Or something like that. This, at least, is what they were saying last night on Real Time with Bill Maher.

All I can say is that when this town decides to stab someone in the neck with an ice pick, it doesn’t fool around.

Jimmy Kimmel was the opening guest on last night’s Real Time with Bill Maher, but as soon as he came out all I could think about were his shiny shoes — black lace-ups with a chunky shape and thick heavy soles. Kimmel was wearing NYPD shoes. Or, if you will, civil servant shoes. Every New York cop I’ve ever seen wears a pair. Good for walking around in for hours and hours, but the kind of shoes that a typical metrosexual (or, say, a typical northern Italian male with a coveted sense of style) wouldn’t be caught dead in. Walk into a room with these clunkers on and right away people think “Jesus, does this guy work for the fire department or for the Port Authority or sanitation?” They’re almost as ugly as orthopedic comfort shoes. No knock against Kimmel — he can do anything he wants — but all through the segment I was asking myself, “Why is he wearing those things?” 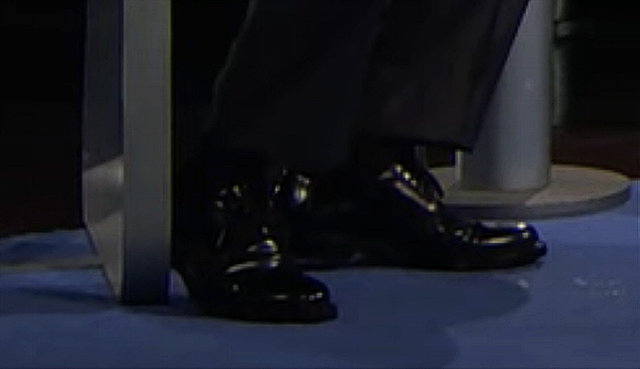 Fox has deep-sixed Lou Dobbs, the rickety rightwing toad, Trump fellator and big-lie spewer. His show was highly rated but allegedly not that profitable? (Or unprofitable?) Plus he was one of three Fox hosts named in the recent $2.7 billion Smartmatic defamation suit relating to false conspiracy theories used in attempts to overturn the 2020 United States presidential election. Dobbs lives on a 300-acre horse farm in Wantage Township, New Jersey.

Passed along on Twitter by Russell Crowe, re-posted on Facebook by Tim Appelo, and slightly edited by yours truly:

“Christopher Plummer…I worked with him twice. The Insider (’99) and A Beautiful Mind (’01). Good man, fine actor.

“We were sitting on the Beautiful Mind set one day, and for some reason we began talking about Network (’76). Particularly the performances of Peter Finch and Ned Beatty. He told me that in the London theatre world of the 60s that Finch had a fearsome reputation. He’d come to the West End from Australia and had brought with him a certain inability to suffer fools combined with a deep unquenchable thirst the moment the curtain came down.

“Chris was at an actor’s party with a young lady he’d just started seeing. Somewhere far down Kings Road in Chelsea. She had recently broken up with Finch. Peter arrived looking for her and was in a very confrontational mood. Finch followed the couple around the party, making disparaging remarks. Eventually the young woman had enough and told Chris that they should leave. Not a lot of black cabs at that end of Chelsea late on a Sunday night, but luckily the young lady had her own car. So they left the party, Chris feeling somewhat relieved.

“As they got into her car and readied to drive off, the back door opened and Finch jumped in. ‘Take me back to Soho,’ he bellowed. ‘There’re no cabs.’ Thinking acquiescence wiser than confrontation at this point, off they drove. But the journey [was soon colored by] Peter spewing a torrent of abuse from the back seat. About Chris, about her, about trust, truth, love, sex, talent…non-stop.

“As they were approaching Sloane Square the young lady pulled over and ordered both men to get out. “Both?”, Christopher asked. “Yes, both of you,” she replied. So they did and she sped off without looking back.

“So here was Christopher, the young Canadian just beginning his career and Finch — drunken, aggressive, boorish, actorly genius under lamplight. Chris told me he was chilled with fear. Peter had threatened him with physical violence a number of times and he felt for sure he was about to suffer a beating at the hands of someone who’s performances he had admired greatly. Too cruel.

“Finch turned to Plummer, eyes ablaze, and in an instant the anger left his face, and the piercing knives of his eyes resolved into something impish and charming. “Thank fuck we got rid of her” he bellowed mellifluously, echoing off the empty street. He then whispered, “Let’s find a drink.” They [soon] became friends.

“I loved working with Chris on The Insider. He was just so impressive. It was a travesty that his role didn’t receive an Academy Award nomination because everyone talked about and knew that it was [one] of a handful of truly formidable performances that year.

“We worked together again on A Beautiful Mind. Occasionally we would spend time together after work. He preferred one on one — a good drink, not just any drink. I appreciated his candor and wisdom.

“As actors do in the big circles we swing around, and we fell out of touch. I reached out to him in 2012 after he won his Academy Award to say ‘on behalf of Finch and I, welcome to the club.’ He laughed.

Remember when $20 bills used to mean something, above and beyond what you might tip the valet guy? Nowadays you need to carry a few $50 bills around just for the feeling of them in your hand, for that wonderful crispness and to remind yourself that you’re alive and cooking and planning ahead…that you have blood in your veins and thoughts in your brain. I love $50 bills! Happiness is roaming around lower Broadway (south of Houston) or Hanoi’s old town with six or seven $50 bills in your money clip.

Someone on Tiktok posted a video of Trump in Florida this weekend. They say he was handing out $50 bills. pic.twitter.com/Vq5fTswok3