Weide called the doc’s presentation of a schematic drawing of the attic, allegedly supplied by Connecticut police, a “failed hat trick”. It suggested two possibilities, he said — Herdy, Zeiring and Dick are “really half-assed investigators” or “are inherently manipulative and dishonest.” He asked if they wanted him to reveal what he knows from court transcripts or if they’d prefer to do it themselves — “your move.”

After which, he said, “we can move onto all the other falsehoods you’ve jammed into your 4-hour hatchet job, [which] I can disprove without breaking a sweat.”

So when will someone (Weide, Allen v. Farrow producers) expand upon this? It’s been almost 48 hours. Hubba-hubba.

Friendo: “How long is Weide going to tease us about this? His implication is serious — that Herdy, Zeiring and Dick basically lied about the train set. If proven, this would blow a fatal hole in their reputation as filmmakers. I assume he’ll explain soon.” 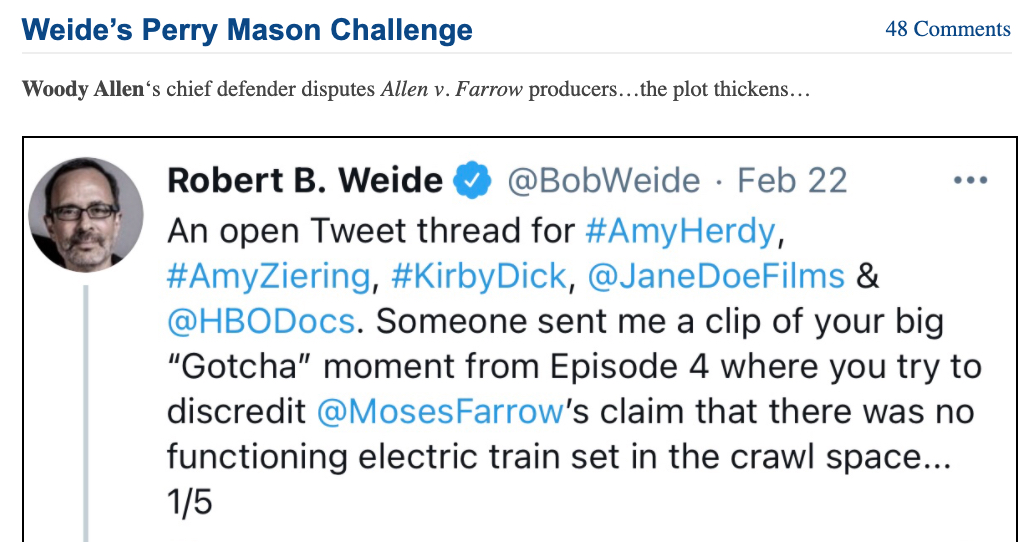