Because they really don’t like Hillbilly Elegy — period. It’s that simple. They’d rather see Yuh-jung Youn, the spirited, fire-starting Minari grandma, take the Best Supporting Actress Oscar. Or Borat Subsequent Moviefilm‘s Maria Bakalova, which every critic on the North American continent has been secretly instructed to support. Or The Father‘s Olivia Colman, who is excellent as Anthony Hopkins‘ trying-to-cope daughter. Or HE’s personal fave, Mank‘s Amanda Seyfried.

In short, “anyone but Close” is the critics’ mantra. Do rank-and file Academy members feel differently? That is the question.

Yes, I know that Close’s Hillbilly performance was also nominated for a Razzie, but that was, I feel, an unfair judgment. Given the concept and history of the real-life Mamaw character, Close came to grips and brought it home. 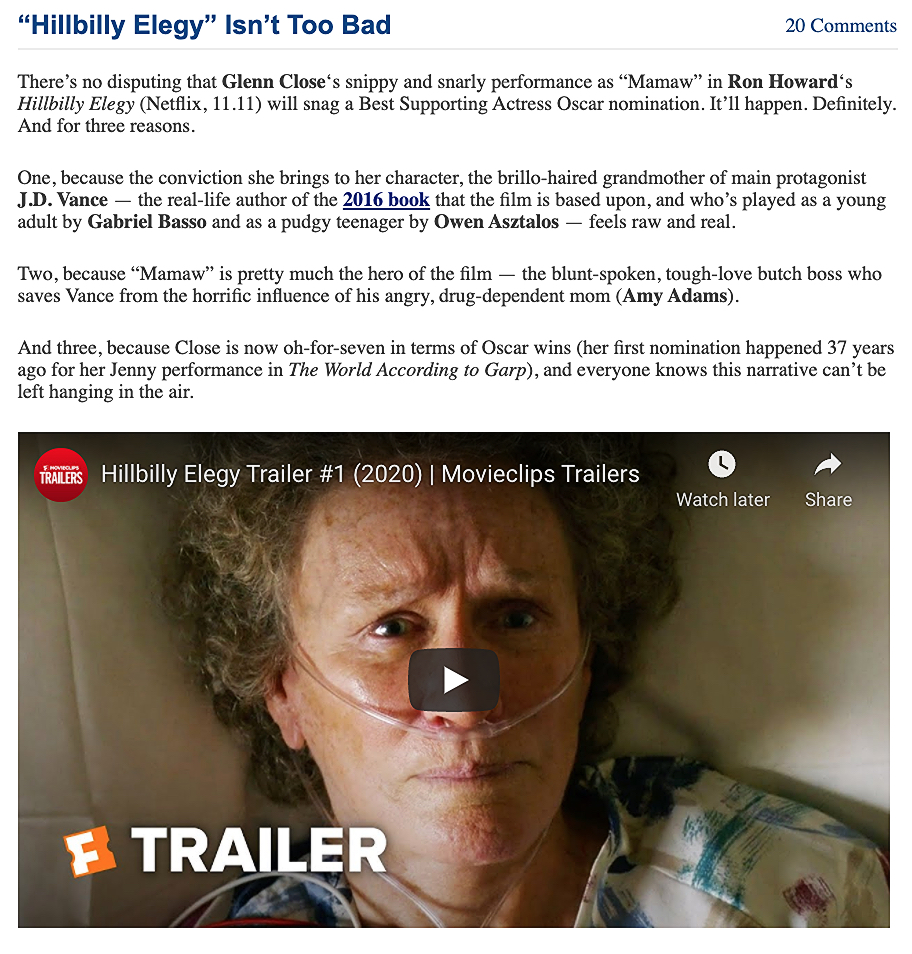