Tatiana Siegel‘s THR piece about producer Scott Rudin is basically an evergreen, as Rudin’s sometimes brutal relations with office staffers has been a familiar industry legend since forever. All Siegel has basically done is freshen it up with new quotes, the smashed Apple computer and the flying potato.

Call me fucked up but I’ve somehow always been able to tolerate brutal bosses. A friend says this is because I had a brutal dad. I personally believe that (a) life is hard and demanding, (b) the kitchen is often hot, and (c) the only way to go in a tough business is to be humane, of course, and turn the other cheek and forgive whenever possible, but at the same time to always try harder and think faster and especially work weekends.

No, this is not an excuse for brutality, and I’ve no comment on Rudin’s reported behavior with office underlings except to say it’s highly unfortunate. But he’s always been a straight-shooter with me. (And yes, that includes acrimonious exchanges.) I don’t like getting yelled at, but I accept that it happens when the pressure is on, which is almost always. 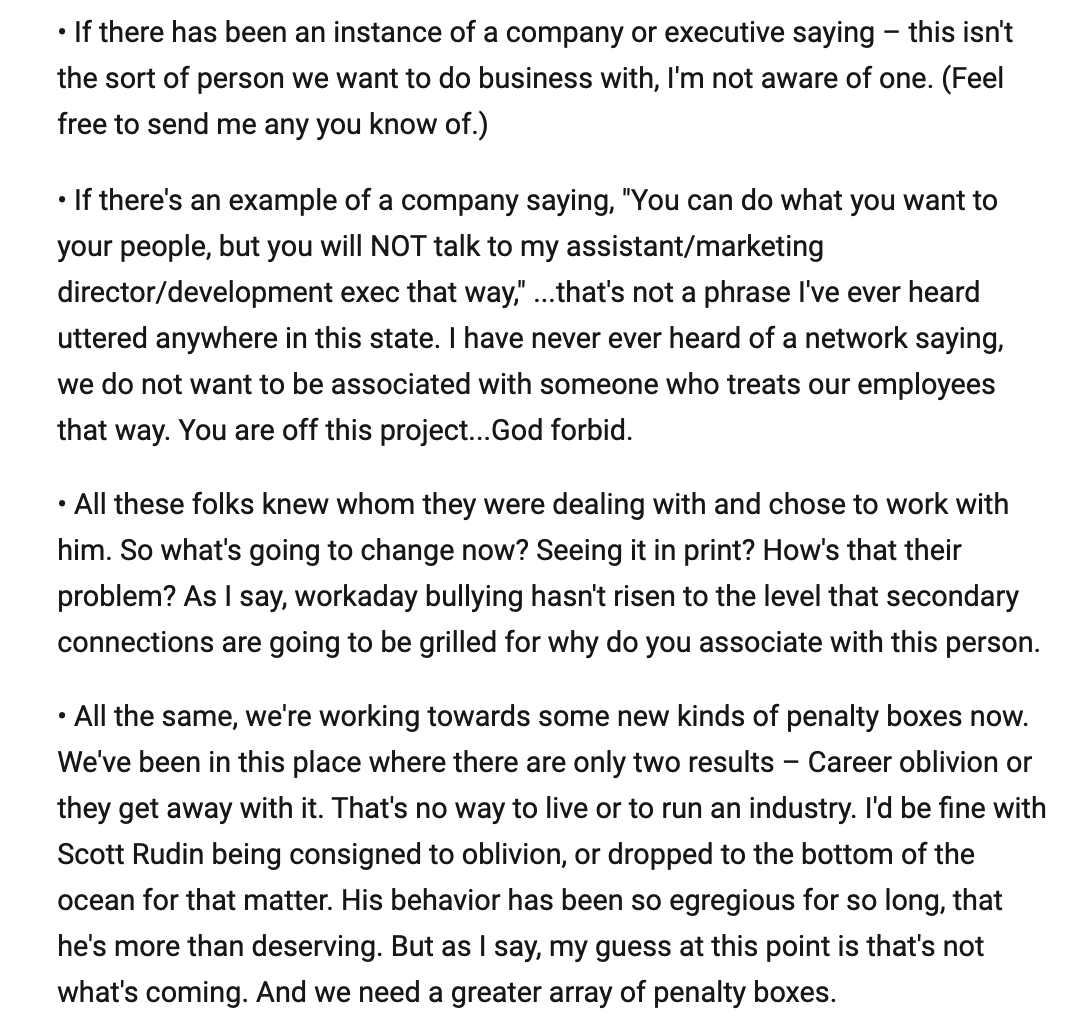