A 6.25 interview with F9 costar Jordana Brewster, written by The Hollywood Reporter‘s Aaron Couch, made me want to melt and die.

I don’t give a flying eff how Brewster landed more action scenes in F9…even flirting with such thoughts is tantamount to poisoning my being, my soul, the necessary communion with the fundamentals of life on the planet earth…these people — Couch included — are snarling beasts of the forest. Pardon my French, but they make me want to ralph.

“After playing Mia Toretto onscreen for 20 years dating back to the first The Fast and the Furious movie, Brewster knew she had more to offer, so she lobbied director Justin Lin to up her action this time, texting the filmmaker about the action-chops she was picking up as a guest star on the Lin-produced TV show Magnum P.I. and through doing her own training”…I don’t care and fuck Couch for attempting to inject that shit into my head.

“I’ve heard throughout my career that if you want something done, show you can do it. That’s something that is very difficult for me to do. To advocate for myself, but it paid off”….die a slow, agonizing death! Not Brewster or Couch but those who read this and go “hmm, interesting.”

Brewster: “There is…the opportunity to downsize it and go back to our roots with [the first Fast and Furious], where there is a little less green screen and we don’t have to visit as many cool locations, so maybe it’s less of a risk for the studio and we can just make something awesome and run with it.”

In other words, Brewster would like the franchise to cut the bullshit and become a feminist Drive a la Nicholas Winding Refn. Sounds good to me, but it’ll never happen. Because the Fast franchise it run by animals, and it’s about appealing to the taste buds of animals.

“Those improved action chops will likely come in handy down the road, as Lin has two more Fast films he’s directing to wrap up the main series. There are also rumblings of a female-focused spinoff in the works. Though nothing has been announced officially on that front, Brewster wonders if going back to the basics could be a way forward. 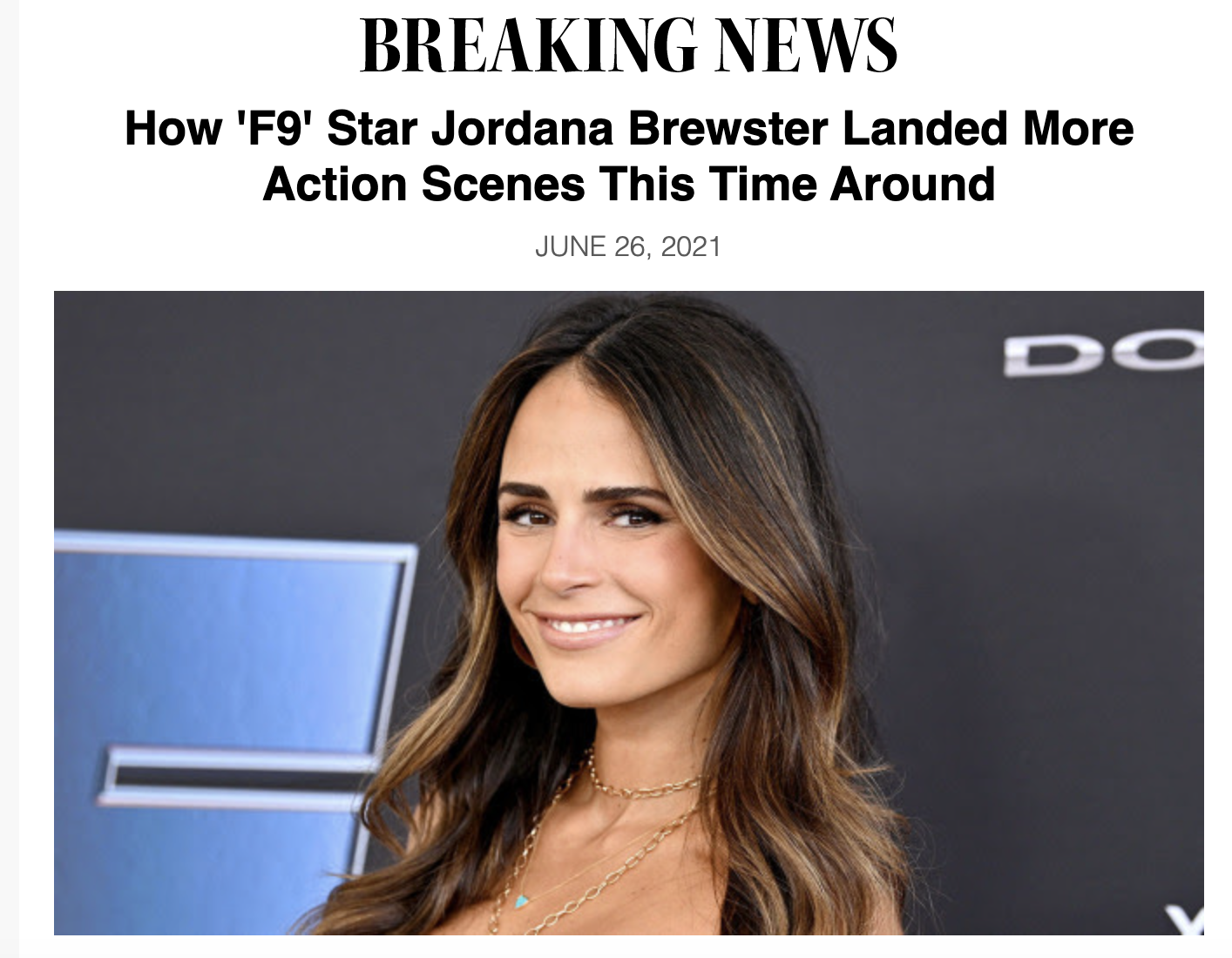 “In addition to the roster of women who have been in Fast — including Eva Mendes, Helen Mirren, Charlize Theron and Nathalie Emmanuel — Brewster notes she and star Michelle Rodriguez have tossed around another name: Fleabag creator Phoebe Waller-Bridge. The only problem? The James Bond franchise already hired her as a writer on No Time to Die.

“Michelle and I were talking about her right before she started writing for Bond. We were like, ‘She would be so awesome.’ And then we were like, ‘Damnit! They snagged her…I feel like Phoebe Waller-Bridge’s British, ironic humor would add a lot.”

Posted a bit less than 10 years ago — “To Hell With Physics“.