Theatrical Death of “In The Heights”

In The Heights has stumbled and crashed at the box-office — not modestly but decisively.

Yesterday morning Forbes‘ Scott Mendelson lamented an estimate of “a frankly mediocre $5 million Friday” and “an over/under $15 million weekend launch.” Then Variety reported that Heights had earned even less — $4.9 million on Friday with an expected weekend tally of “just under $13 million.” Now Variety‘s Rebecca Rubin is reporting an $11 million weekend haul. 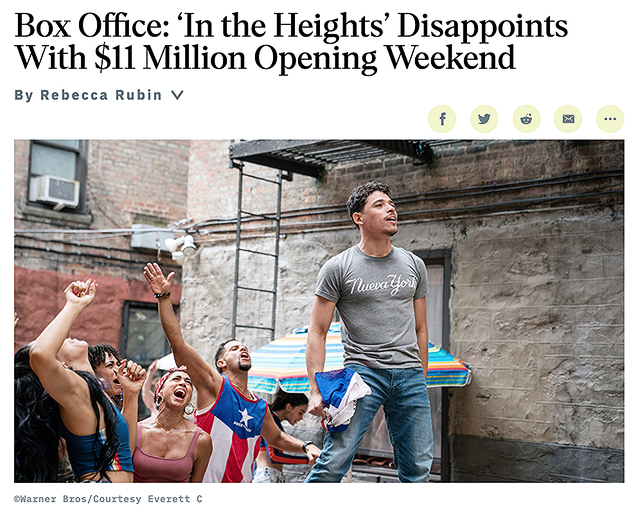 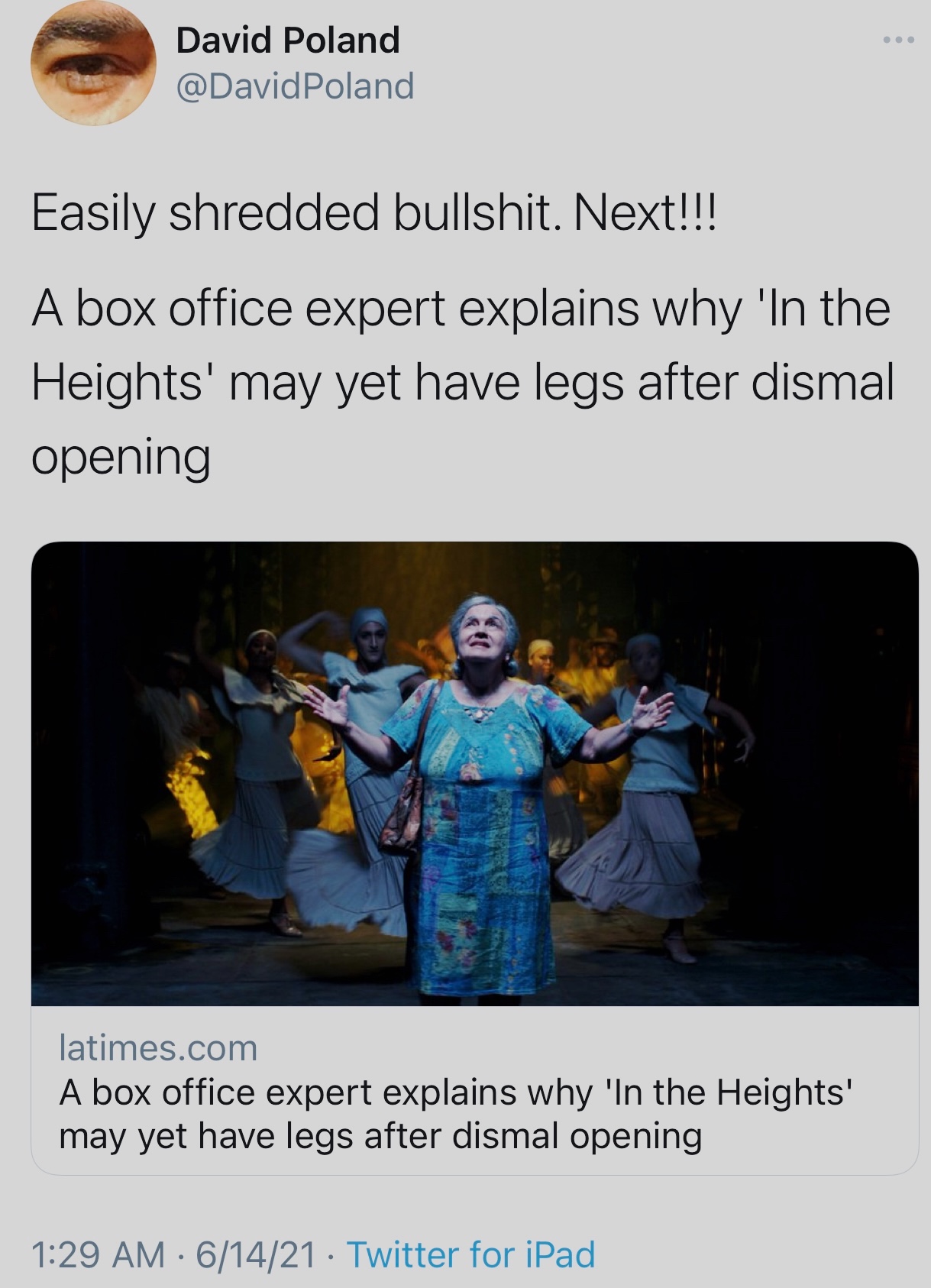 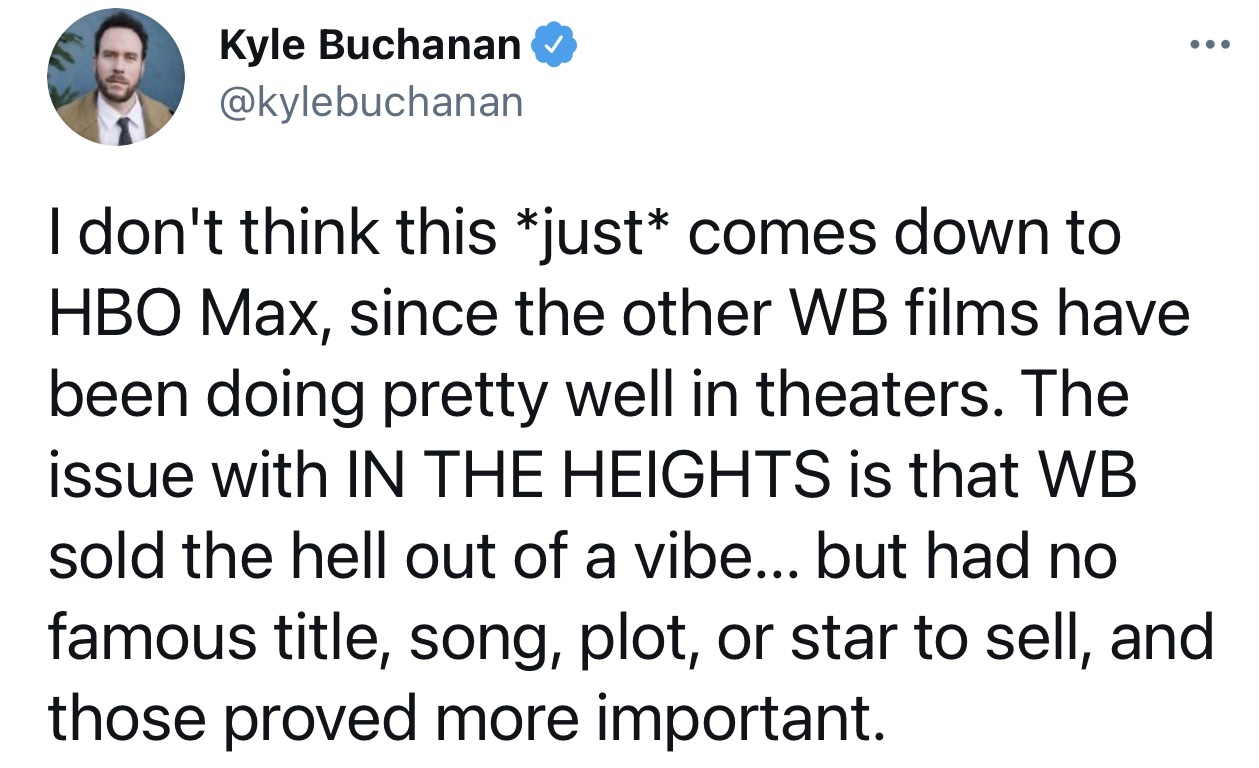 Variety‘s Rebecca Rubin: “The disappointing commercial reception for In the Heights is puzzling because critics embraced the joyous film, showering it with some of the best reviews of the pandemic era.”
HE interjection: Nobody cares what elitist critics think — they live on their own woke planet.

Rubin: “Moreover, Warner Bros. put substantial marketing heft behind the picture, and director Jon M. Chu and Lin-Manuel Miranda devoted a great deal of energy into promoting the movie, which compensated for the fact that its cast was comprised of mostly unknown stars and emerging actors.

“The film’s hybrid release on HBO Max likely affected its box office business. [And yet] recent Warner Bros. releases like Godzilla vs. Kong, Mortal Kombat and The Conjuring: The Devil Made Me Do It still pulled in solid receipts despite being offered simultaneously on streaming.”

Make no mistake — In The Heights is a very well made, ace-level, stylistically assured neighborhood musical with an emotionally affecting current. It made me feel trapped, okay, but I resisted and toughed it out. The apparent message is that unsophisticated proles will only pay for theatrical if the film in question is scary, if it has wowser visual effects or if it’s aimed at kids and families. Teens on a Saturday night or children on Saturday and Sunday afternoons.

Friendo: “The original overestimates of how well In the Heights would do are, of course, the whole problem. (‘Projecting $20 million or higher!”) And that was definitely a case of seeing the movie through woke-colored glasses. ‘Look, it’s a Latinx musical! Every brown person in America will go! The same legions of cool brown people who are going to vote for Kamala Harris for president! What a wonderful progressive world!’