Earlier today THR‘s Scott Feinberg wrote that Leo Scott and Ting Poo‘s Val, a portrait of Val Kilmer, was “rapturously received” at the Salle Debussy (and by The Hollywood Reporter‘s Sheri Linden in her review).

Feinberg: “The film is comprised largely of footage shot by Kilmer, who broke through as a dashing 26-year-old in 1986’s Top Gun, over a span of several decades, intercut with footage of him in the present day as a 61-year-old navigating life with a breathing tube, the result of a tracheostomy that he underwent after receiving radiation to treat throat cancer. Needless to say, the contrast is striking.

“But the doc is not a pity party. In fact, it’s an often funny and brutally honest portrait of an artist — someone who early in his career was labeled a cocky, difficult pretty boy, but who was actually a grief-stricken (his younger brother drowned at 15), ambitious (the youngest student accepted at Juilliard at the time) and committed but frustrated artist (we see him tirelessly rehearsing Shakespeare), and remains one to this day, albeit in artistic endeavors that do not require the use of his voice.”

The Val footage was shot by Kilmer over decades, and the narration, voiced by son Jack Kilmer, was written by the actor. So the voice that narrates the trailer, obviously, is Jack’s. They definitely sound alike, or used to.

True stuff: I went to a party at Kilmer’s Hollywood Hills home sometime in early ’03. (Bill Maher was there also.) I never regarded Kilmer as anything more than just a name-brand actor I’d said hello to once or twice, but he was a friendly host that night. Cool to shoot the shit with. We talked about The Saint.

Three years later I did a fair amount of reporting on an Entertainment Weekly hit piece about the tumultuous shooting of The Island of Dr. Moreau. At one time or another the piece was called “Psycho Kilmer, Qu’est ca c’est?”

In 2011 I was interviewing Judy Greer at a West Hollywood La Pain Quotidien about her award-calibre supporting performance in Alexander Payne‘s The Descendants. Kilmer was there also, and we exchanged curt smiles and waves without speaking. We waved at each other again as he left 15 or 20 minutes later. When it came time to pay the bill for Judy and myself, I was told by the waitress that Kilmer had paid it.

Great Unsung Score
I'll bet that among connoisseurs of classic film scores, a fair-sized portion of the current membership has never heard of Raoul Kraushaar. Even during his peak period Kraushaar was regarded as a journeyman. If you scan his Hollywood scores from the 1940s and '50s, you'll notice that he composed almost exclusively for low-budget westerns with an occasional comedy or fright flick -- In Old Monterey, Shed No Tears, Timber Fury, Stagecoach Driver, Bride of the Gorilla, Kansas Territory, The Flaming Urge, Mohawk, etc. Login with Patreon to view this post
July 7, 2021 7:45 pmby Jeffrey Wells
No Comments

Favorite Cannes Film Festival By Far
For mostly sentimental reasons, I can't stop telling myself that the 1992 Cannes Film Festival (5.7 to 5.18) was my absolute personal best. Because it was my first time there and therefore it felt fresh and exotic and intimidating as fuck. I had to think on my feet and figure it out as I went along, and despite being told that I would never figure out all the angles, somehow I did. ' Login with Patreon to view this post
July 7, 2021 5:53 pmby Jeffrey Wells

Honestly? I’d much rather see a smart, sexy, well-layered, in-depth documentary about the late Lou Reed than a doc about the Velvet Underground. Because all my life I’ve had to deal with John Cale‘s jagged, screechy-ass electric violin, and while I know (and respect the fact) that Cale’s tonally abrasive playing was an essential component in the Velvet Underground sound, it always bothered me regardless.

Telepathic HE to Cale while listening to “Venus in Furs”: “Yeah, I get it, man…you’re a brilliant string-saw, an avant garde musician who’s moved past the tired milquetoast game of trying to comfort or ear-massage your listeners…but every now and then I wish I could shut you up, no offense.”

I loved the Velvets because of Reed and Nico and most of the songs, but I liked Reed a lot more when he was free of Cale–screech and began cutting his own albums with David Bowie, Mick Ronson and his own musicians — Transformer, Berlin, Sally Can’t Dance, Rock ‘n’ Roll Animal, Coney Island Baby, Street Hassle, Magic and Loss.

I’m therefore a little bit sorry that Todd Haynes‘ The Velvet Underground doc, which premiered Wednesday night in Cannes, allegedly focuses a bit more on Cale than on Reed. Or at least, it does according to Variety‘s Owen Gleiberman. That’s unfortunate, if true.

Gleiberman: “Lou the subversive guitar bad boy and Cale the debonair experimentalist came together like an acid and a base. The drone that Cale would listen to became part of the DNA of the Velvets — you can hear it in the ominous sawing viola of ‘Venus in Furs,’ the majestic cacophony of ‘All Tomorrow’s Parties.’

“Yet as great and defining as those songs are, it’s hard to shake the feeling that The Velvet Underground overstates the John Cale side of the equation. The film spends close to an hour reveling in the New York bohemian soil out of which the Velvets sprung. If this were a four-hour, long-form doc (which the subject deserves), I could see that, but Haynes, I think, also views John Cale as a metaphor for the band’s ‘purity.’ Their transcendent first album, The Velvet Underground & Nico, is unthinkable without him, yet he’s the one whose story the documentary feels organized around.

“And that’s not just because Cale (now 79, with floppy silver hair) is interviewed at length while Reed, who died in 2013, couldn’t be. No, it’s as if Haynes wanted the Velvets to be an art band even more than he wanted them to be a rock ‘n’ roll band.”

A prequel to the deeply loathed Kingsman: The Secret Service (’14) and Kingsman: The Golden Circle (’17), The King’s Man is a fresh serving of bored derring do, bland British attitude and bullshit CG swill from director-cowriter Matthew Vaughan and screenwriter Karl Gajdusek. The costars are Harris Dickinson (the new guy), Ralph Fiennes, Gemma Arterton, Rhys Ifans, Matthew Goode, Tom Hollander, Daniel Brühl, Djimon Hounsou and Charles Dance — each one bending over for the money and nothing else. 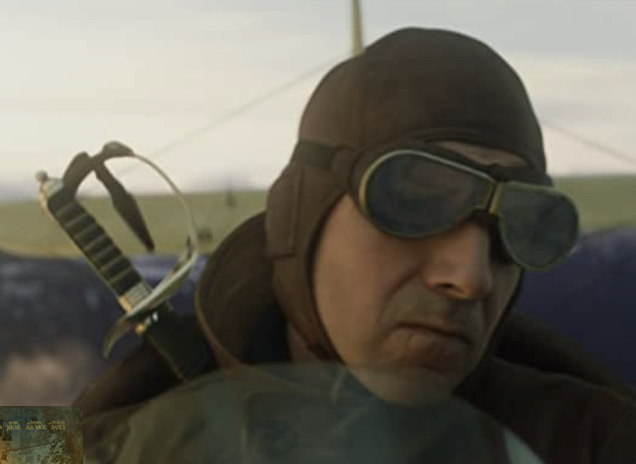 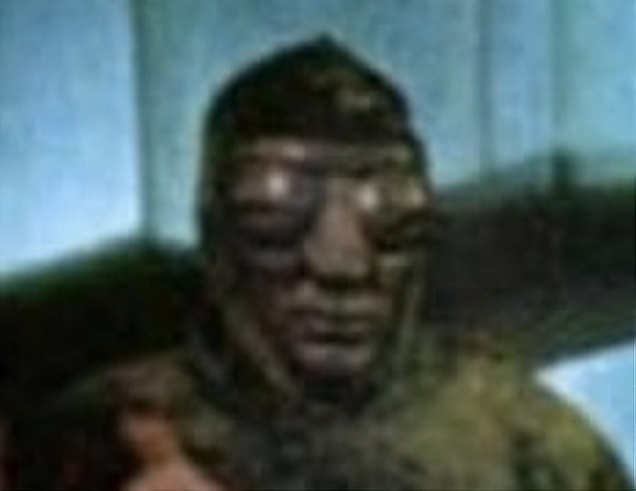 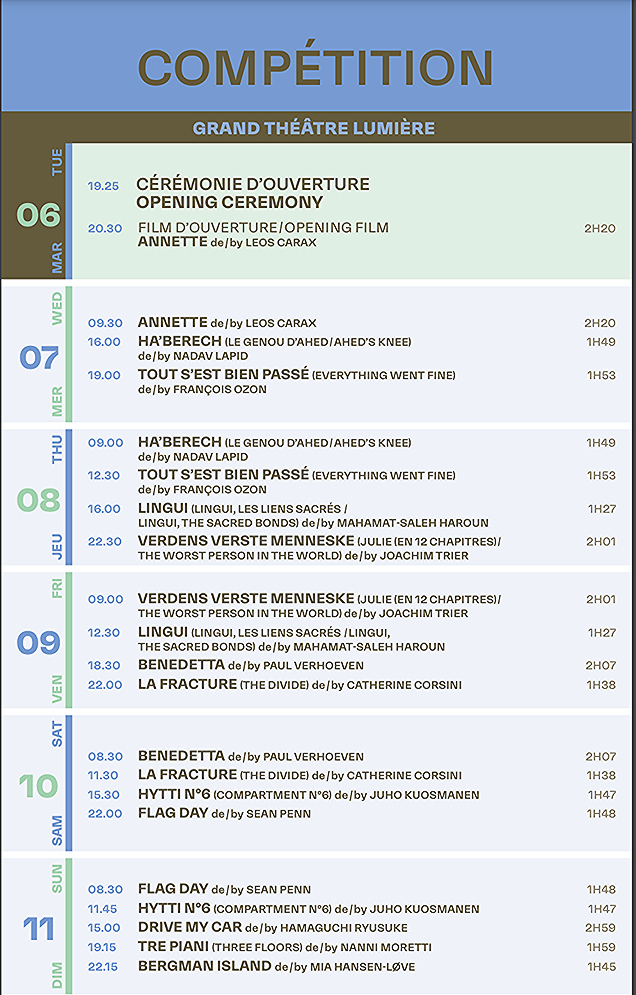 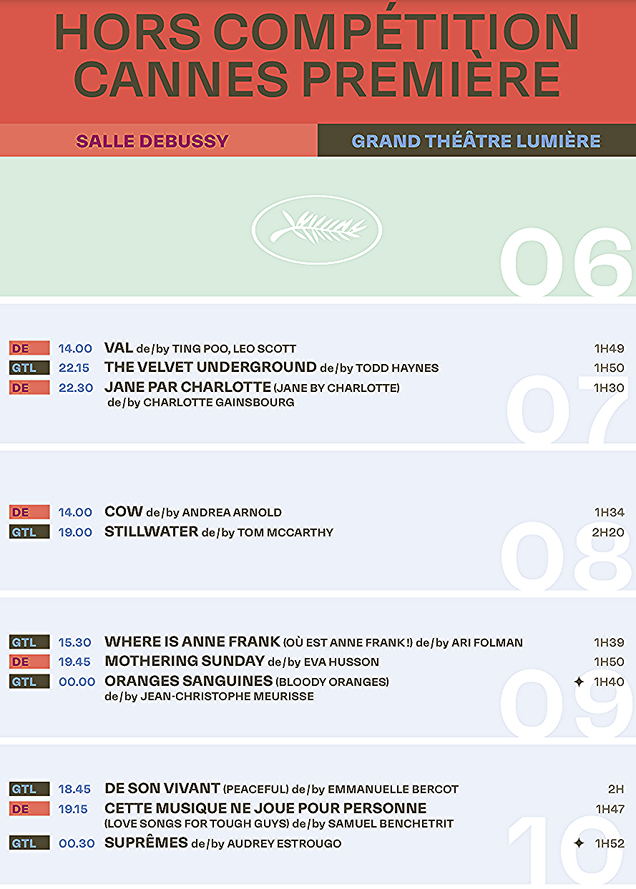 Hollywood Elsewhere salutes Robert Downey Sr., the once-legendary director of iconoclastic, guerilla-style, counter-culture stoner classics like Putney Swope (’69) — the deadpan Madison Ave. comedy that put Downey on the map — and Greaser’s Palace (’72), an absurdist western comedy about the second coming of Christ. [The entire film is embedded after the jump.]

Not to mention lesser Downey efforts like Chafed Elbows, Pound, an adaptation of David Rabe‘s Sticks and Bones, Up The Academy, Too Much Sun and Hugo Pool.

Downey died in his sleep earlier today (7.7) at his Manhattan home. He was 85.

I interviewed Downey 24 and 1/2 years ago during the ’97 Sundance Film Festival, where Hugo Pool had its big debut. Nobody thought it was very good (including Downey Sr. himself), but the man was such a legend that all the journalists wanted to chat with him. My sit-down happened at a Hugo Pool party at a handsome chalet-type home in Park City, sometime in the mid to late evening. Downey Sr. was 61 at the time and brimming with personality — fleet, funny and wise. (And totally white-haired.) I liked him immediately, and felt honored to have been given my 20 minutes.

It can’t be over-emphasized what a huge counter-cultural deal Putney Swope was when it first broke; ditto Greaser’s Palace three years later. I’m not saying these films don’t “work” according to classic or present-day sensibilities, but they were much funnier and significantly enhanced if you were ripped.