Hollywood Elsewhere salutes Robert Downey Sr., the once-legendary director of iconoclastic, guerilla-style, counter-culture stoner classics like Putney Swope (’69) — the deadpan Madison Ave. comedy that put Downey on the map — and Greaser’s Palace (’72), an absurdist western comedy about the second coming of Christ. [The entire film is embedded after the jump.]

Not to mention lesser Downey efforts like Chafed Elbows, Pound, an adaptation of David Rabe‘s Sticks and Bones, Up The Academy, Too Much Sun and Hugo Pool.

Downey died in his sleep earlier today (7.7) at his Manhattan home. He was 85.

I interviewed Downey 24 and 1/2 years ago during the ’97 Sundance Film Festival, where Hugo Pool had its big debut. Nobody thought it was very good (including Downey Sr. himself), but the man was such a legend that all the journalists wanted to chat with him. My sit-down happened at a Hugo Pool party at a handsome chalet-type home in Park City, sometime in the mid to late evening. Downey Sr. was 61 at the time and brimming with personality — fleet, funny and wise. (And totally white-haired.) I liked him immediately, and felt honored to have been given my 20 minutes.

It can’t be over-emphasized what a huge counter-cultural deal Putney Swope was when it first broke; ditto Greaser’s Palace three years later. I’m not saying these films don’t “work” according to classic or present-day sensibilities, but they were much funnier and significantly enhanced if you were ripped.

I’ve never forgotten the silly sexual current in Herv Villechaize’s gay cowboy scene in Greaser’s Palace. Stanley Gottlieb‘s performance as Villechaize’s cabin-partner “Spitunia” is a classic. Villechaize was 28 or 29 when this scene was shot; he killed himself at age 51. 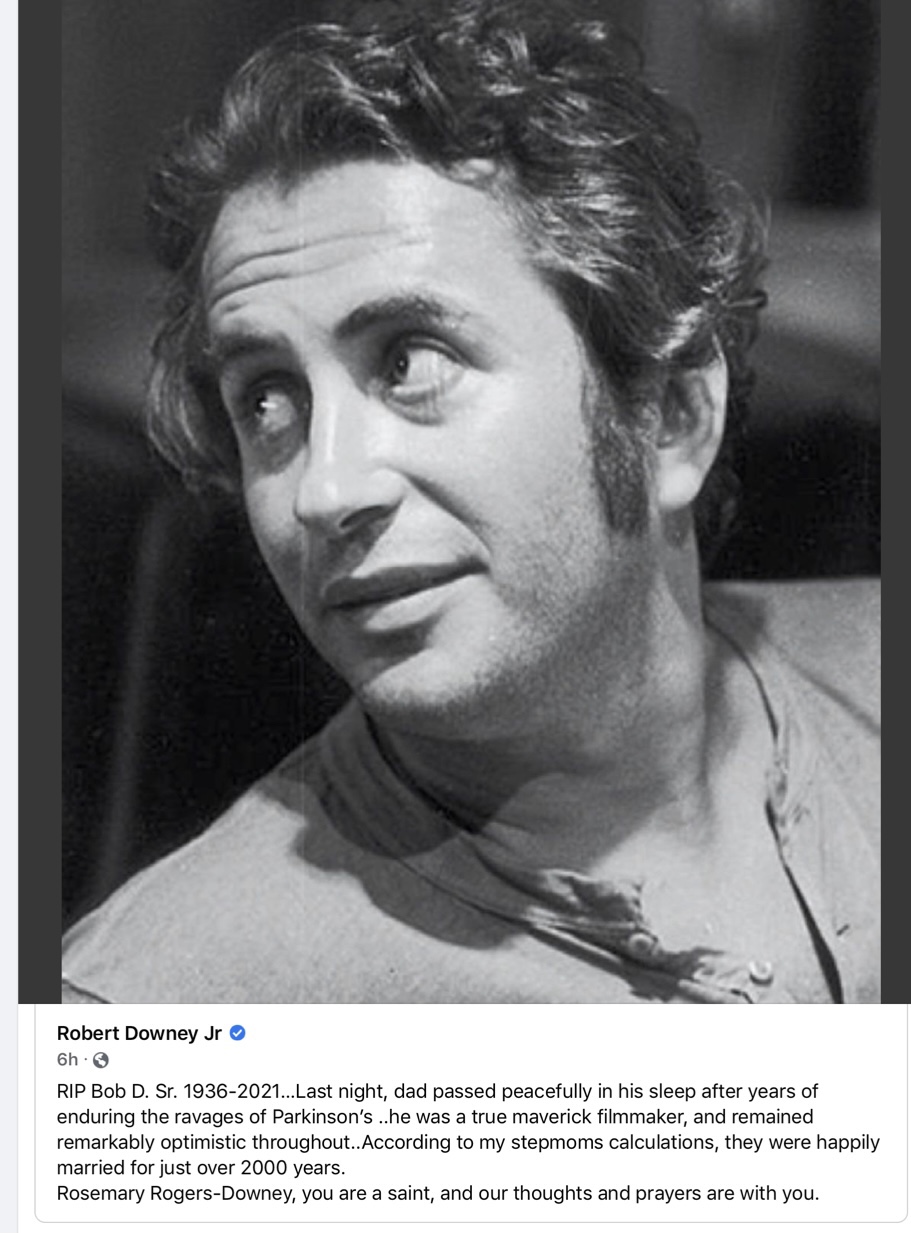