Tatiana Antropova officially became a U.S. citizen this morning at 10 am. Trust me, she knows more about how this country works and its history than 97% of the idiots out there who have no idea what the 13 stripes on the flag symbolize or how many justices are on the Supreme Court or who wrote the Declaration of Independence, etc. She got a little choked up just after the ceremony. The next step is to get a U.S. passport. 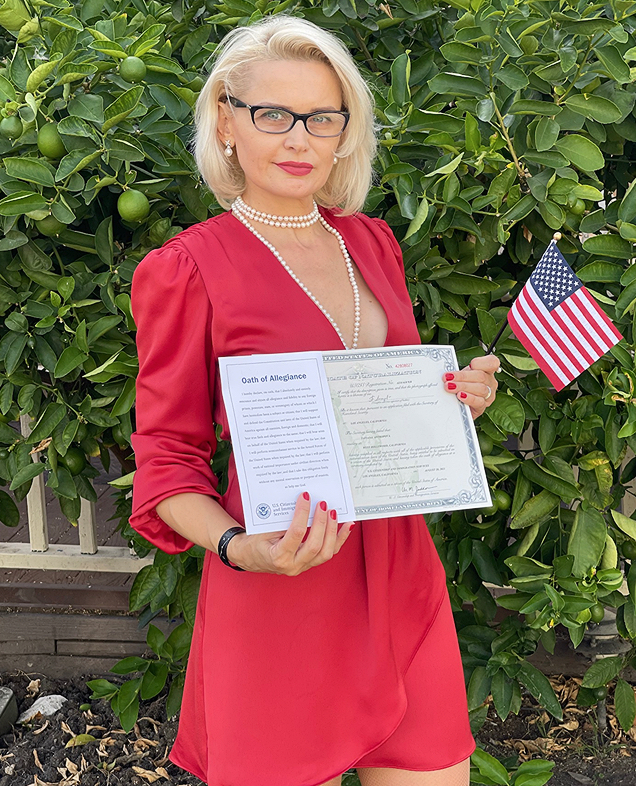 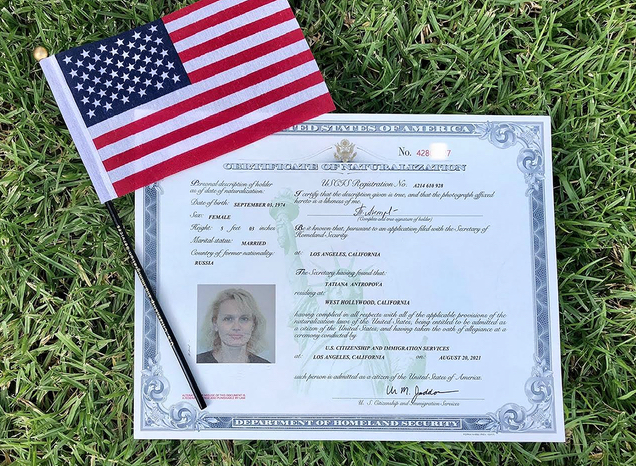 Auto Body Guy From Brooklyn
We're trying to sell the car so we had to remove a dent, a scrape and a scuff. A guy I know and trust wanted $350 but his schedule was too jammed, so last weekend I went with a mobile auto-body team -- a couple of 30something guys from back east. One of them, a stocky, fast-talking, type-A dude, called himself "Charlie" but his phone ID read "Nicholas Grant" -- a red flag. Login with Patreon to view this post
August 20, 2021 6:05 pmby Jeffrey Wells
50 Comments
Bardem Over Kidman 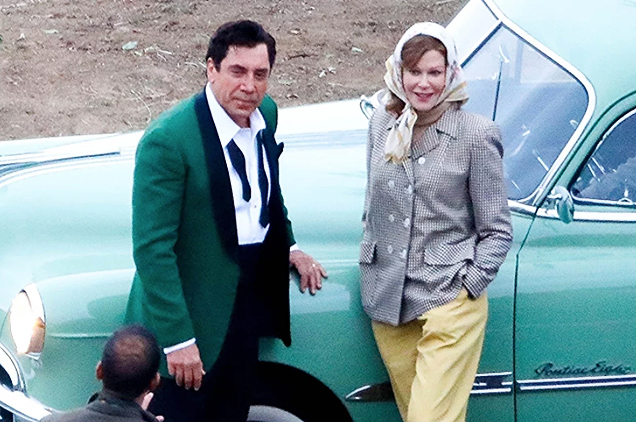 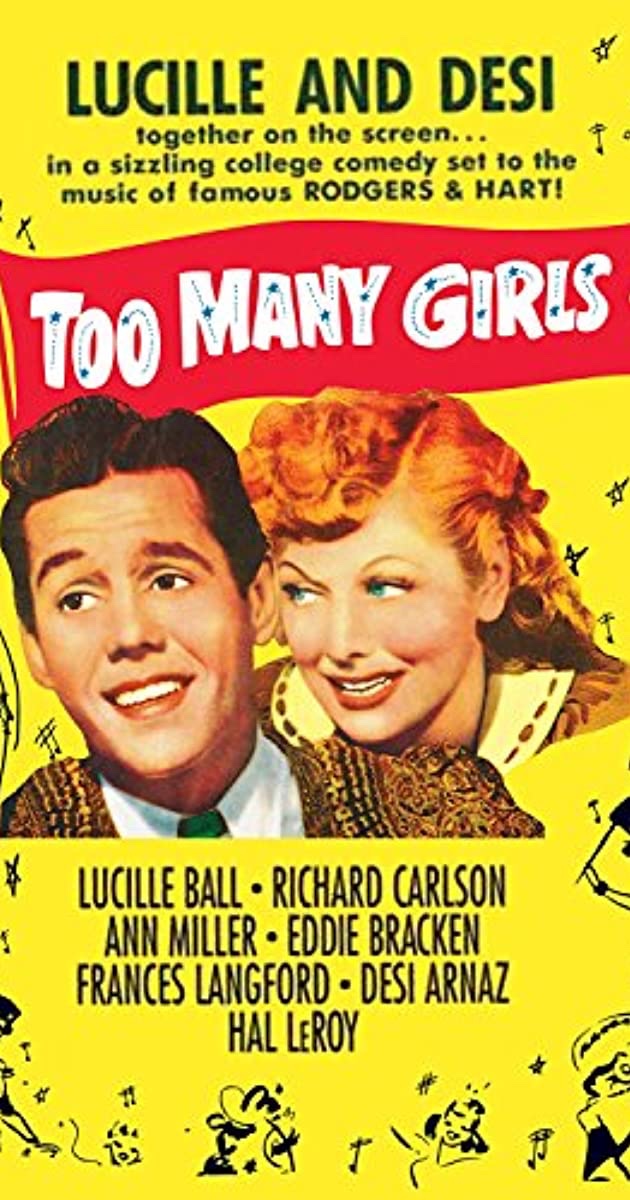 Hollywood Elsewhere will be attending CinemaCon in Las Vegas for…well, probably all four days but let’s take it one day at a time. The plan is to drive up on early Monday morning, collect the pass, attend the evening show, ask questions, take notes, etc.

In his latest (7.19) column, What I’m Hearing‘s Matt Belloni has called CinemaCon “CovidCon” — a nasty remark. Yes, the general culture of Caesar’s Palace (Las Vegas being more of a Trumpian than a Bidenesque realm) is concerning, but I’m going with the idea that I’m double-vaxxed and strong of constitution** to begin with.

Speaking of Covid concerns I have to make sure to get a PCR test (which I’m naturally assuming will be be negative) conducted within 72 hours of arrival in Telluride.

Belloni: “Depressed yet? At least you’re not attending CovidCon — er, CinemaCon — the annual theater owners convention, which, amazingly, is still happening next week at Caesars Palace in Las Vegas—albeit without the stars and media stunts that usually generate headlines.

“I’ve always found CinemaCon amusing, and not just because I enjoy perusing the large ‘concessions’ ballroom displaying the latest bizarre flavors of Icee and nacho cheese.

“What’s funny is that while Hollywood is so often painted as the exclusive province of out-of-touch, bicoastal liberals, the people who actually sell movie tickets are Red State exhibition executives based in places like Kansas (AMC Theaters), Tennessee (Regal Cinemas), and Texas (Cinemark).

“In short, CinemaCon is a steakhouse owner’s dream. I once played blackjack next to a mid-level exec based in Knoxville who tried to get me to explain why the #OscarsSoWhite movement was, you know, ‘a thing.’ The loudest ovation I heard was in 2015, when Tom Cruise showed up to unveil that Mission Impossible stunt where he hangs off the side of a plane. You get the point.”

Bill Maher to Vox‘s Sean Illing: “The word problematic, to me, is problematic…I don’t like that word, those weasel words…problematic is such a cheap way to be enlightened. They’re scared, cowed…they’re afraid of being cancelled.

“It’s not ‘a lot of people on the left’ who don’t like me…it’s the loudest people on the left. The progressophobes. [Because] in their world there’s only one true opinion. Who’s on Twitter? The crybullies…a bunch of pussies. They only want to stay in their silos, and be reconfirmed. They think not being offended is much more important than free speech.

“The right is playing with a kind of fire that even they haven’t played with before. Woke, to me, is an offshoot of liberalism that bastardized liberalism. The way, sometimes, that happens with sects in religions. [Wokeness] inverts liberalism in so many ways. Liberalism, for example, was about achieving a color-blind society. Wokeness seems to be about always seeing race everywhere.

“Those kids, who grew up spoiled and entitled and coddled — they can’t stand one second of something being uncomfortable. This is where you get trigger warnings and stuff like that.

“You wind up with this world where everyone is like the press spokesperson for the President — watching every word so carefully, walking on eggshells. No wonder why people turn against Democratic politicians who don’t stand up against that.”