Before Today I Hadn’t Read…

When Netflix bumped Blonde into ’22 the assumption in this corner was “oh, okay, sounds like a bust of some kind.” Now it sounds like bravery and a different equation. Do I know that “Ana de Armas Updates” is telling the truth? No, I don’t. But at the very least I’m intrigued.

Update: Apologies for missing the fact that World of Reel‘s Jordan Ruimy broke the gist of this on 8.1. 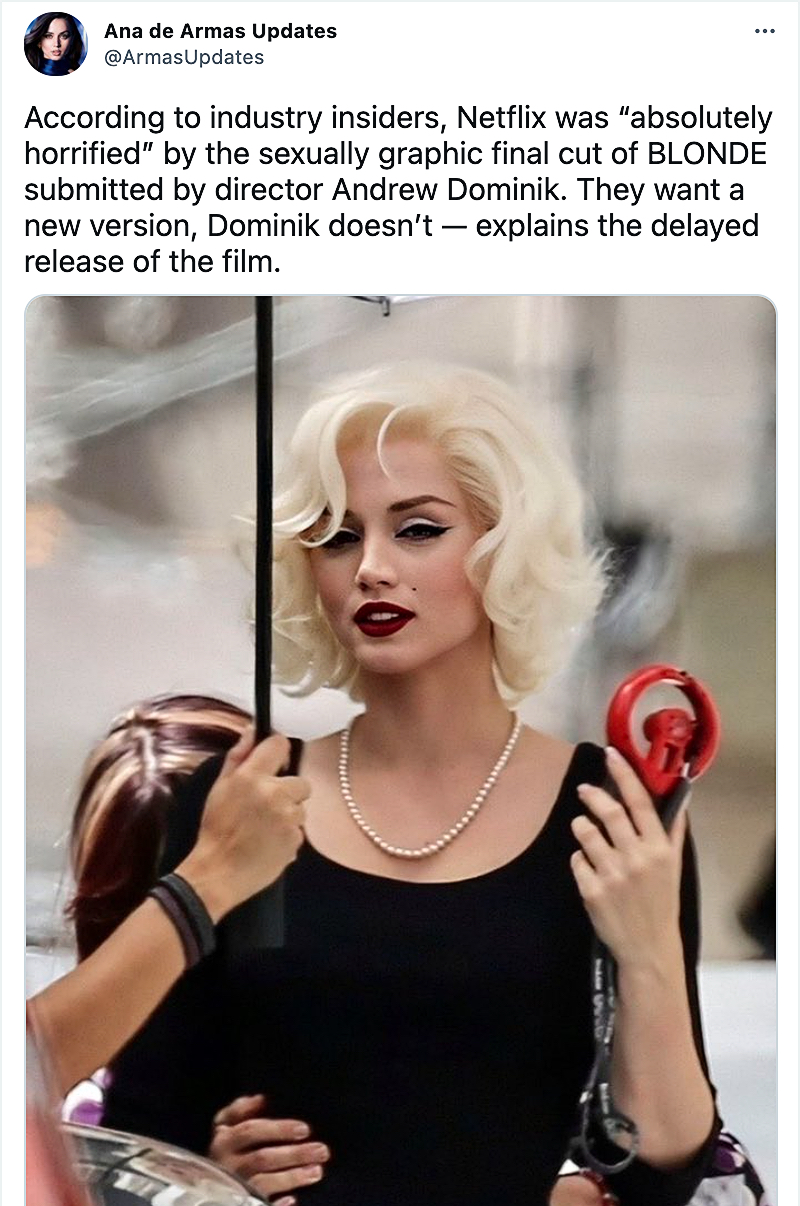 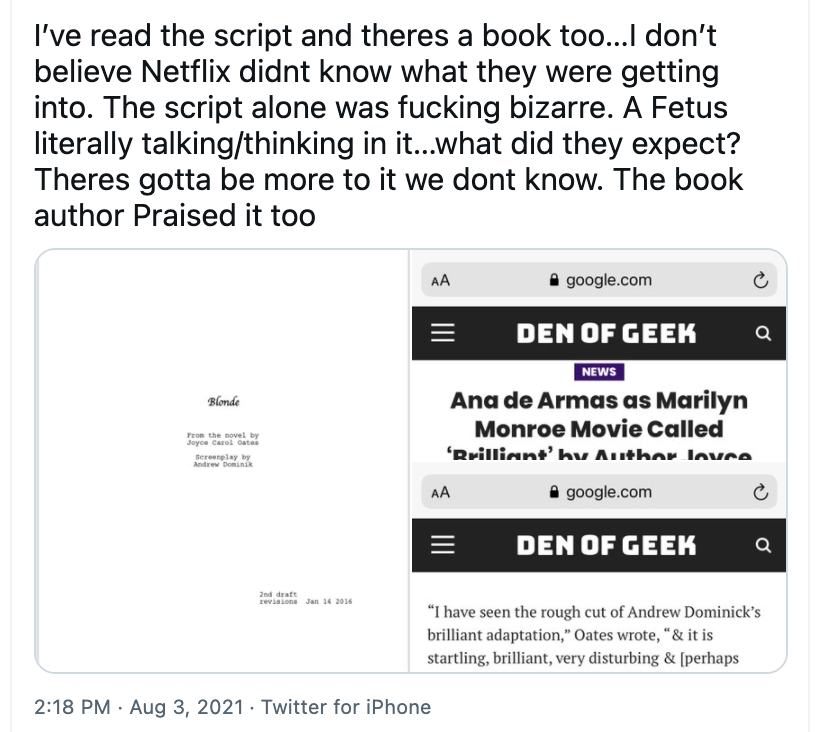