The term “gritty ’70s crime film” and Ulu Grosbard and Dustin Hoffman‘s Straight Time (’78) are a pretty good match. Co-written by Alvin Sargent, Edward Bunker and Jeffrey Boam (with uncredited script assistance from Michael Mann), I think it may be the best acted, the most insightful and certainly the most realistic drama about a low-life criminal ever made.

Hoffman directed one day’s worth of shooting, and then Grosbard was hired to direct the remainder. Hoffman later claimed that only the first 20 minutes’ worth represents his vision of the material. 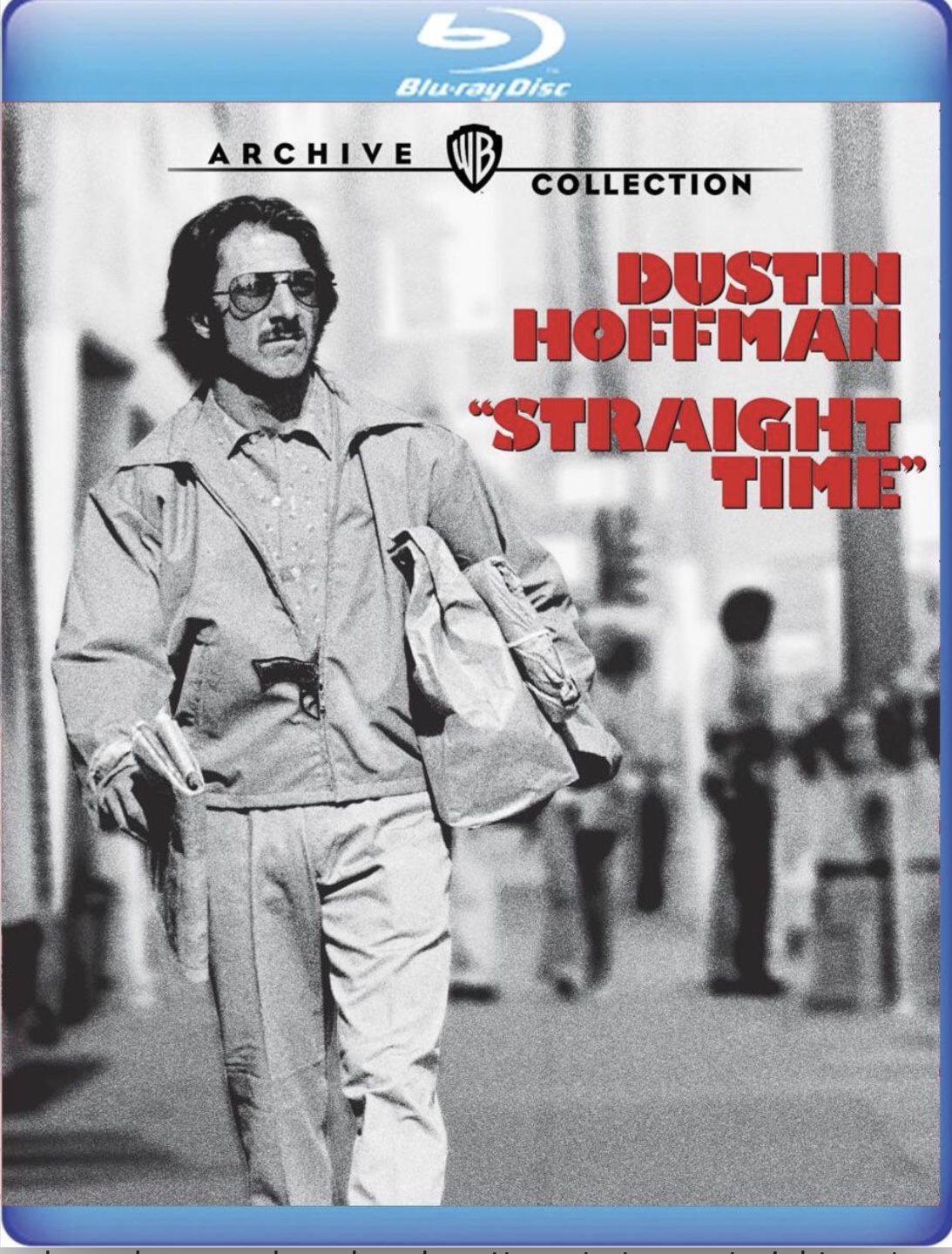 Hoffman plays a hard-core felon, Max Dembo, just released from a six-year stretch in the slam. The film is mainly about his difficulties with a goading, mind-fucking parole officer (M. Emmet Walsh) and his fraternizing with two ex-con pals (Harry M. Stanton, Gary Busey) who eventually nudge him back to a life of crime. Theresa Russell is first-rate as the average, solemn-faced girl whom Dembo hooks up with.

Alas, Straight Time opened under conflicted circumstances on 3.17.78. Hoffman made the low-budget drama with the understanding that he would have creative control provided the film did not go over budget and schedule. First Artists chairman Phil Feldman claimed that it did go over budget, and the film was taken away from Hoffman. Straight Time was well reviewed but didn’t do a lot of business.

Roughly 29 years later it was released on DVD (May 2007), and an HD version is streaming we speak. I just re-watched the HD streaming version last night, and for an average film shot in regular 35mm I can’t imagine it looking much better. I don’t know why Warner Archive waited all this time to release a Bluray disc version, but they’re finally doing so on 9.21.21.

Jenny Mercer (Theresa Russell): What happened. Where’ve you been?
Max Dembo (Dustin Hoffman): Had to take care of some business.
Mercer: What kind of business? Why are you all dirty?
Dembo: I broke through a wall.
Mercer: Why?
Dembo: To get something. (looks around, walks around) Place looks nice. What made you finally decide to unpack? (pause) How far you wanna take this? Huh?
Mercer: I don’t know. Thought we were workin’ on somethin’ here. Maybe I was wrong.
Dembo: No, you’re not wrong but whadaya think I been doin’? You want me to lie, say I’m workin’ at a hot dog stand? You know I can’t work a regular job. I can’t sit here and take your money. You have an alternative for me? I’m doin’ what I do. If you’re tellin’ me you can’t take it, you’re tellin’ me it’s too heavy for you then I’ll just walk out the door. I’ll walk but I don’t want to.
Mercer: Well, is this a one-time thing or what?
Dembo: That depends on how lucky I get. 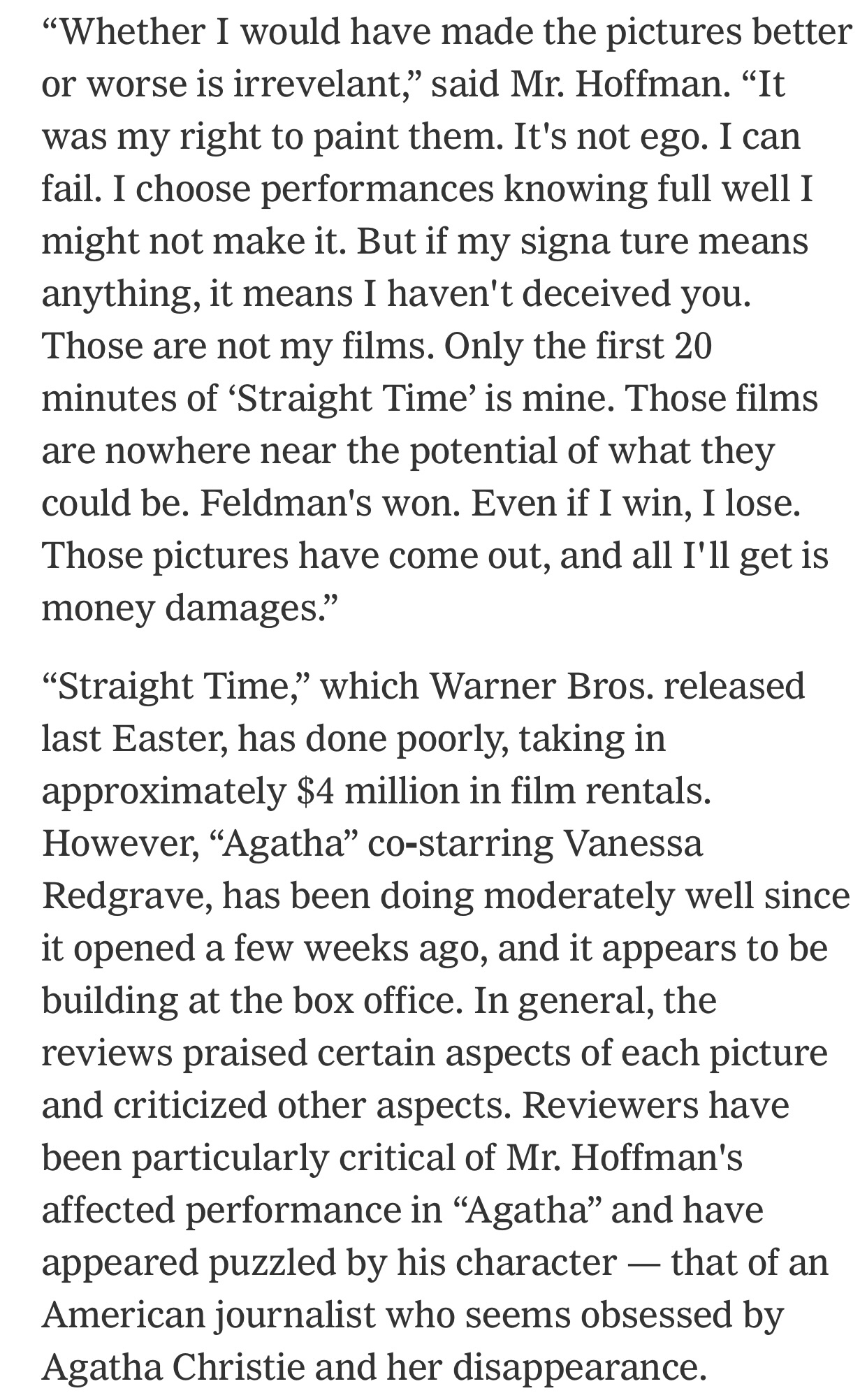