Run For The Hills

Update from MSNBC’s Richard Engel: “This city is bracing for a Taliban takeover…the city has collapsed…there is no security…there are signs of looting…a woman’s hair salon is tearing down or painting over posters of women with [upscale] hair styles.”

Earlier: We always knew that when U.S. troops finally leave Afghanistan, a terrible massacre would follow. Joe Biden knew this all along, and of course is bearing the psychological burden of having decided to pull up stakes. Everyone understands the likelihood of coming carnage. Nobody wants to think about it, but there it is all the same.

The Taliban ran Afghanistan with absolute Sharia Law brutality for five years (’96 to ’01). Massacres of Afghan civilians, public whippings and executions, denying UN food supplies to starving civilians, the burning of fertile lands, cultural genocide (banning of paintings, photography, movies, music), preventing women from attending school and working in public places, and requiring women to be accompanied by a male relative and wearing a burqa at all times in public. 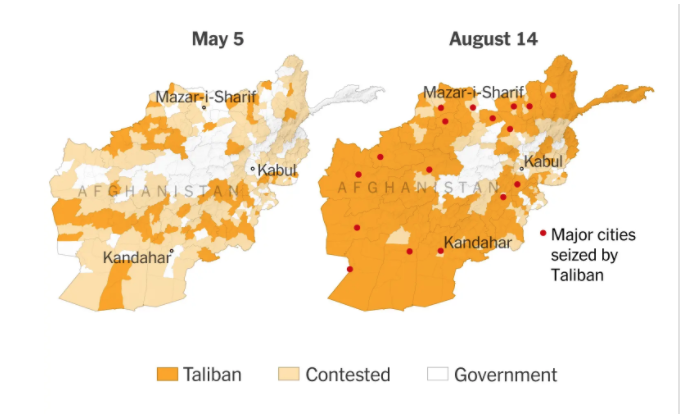 In October 2001, a month or so after the 9/11 attacks, U.S. forces invaded Afghanistan and routed the Taliban regime. Taliban forces fled to Pakistan. We’ve been in Afghanistan for just shy of 20 years now, knowing each and every day that we couldn’t win in the end, and that sooner or later all outside invaders retreat to their own shores. We never accomplished anything more than a stalemate situation. U.S. troop levels went way up during the first five years of the Obama administration (’10 and ’11 were the peaks) and to no end.

According to a Brown University study posted on 11.13.19, the U.S. had spent around $978 billion in Afghanistan (including expenditures earmarked for the 2020 fiscal year). The same report says the total expenditure for all anti-terrorist defense campaigns in the Middle East since ’01 comes to $6.4 trillion.

And now, with U.S. forces pulling out for good, Taliban forces are already occupying the vast majority of the country with Kabul sure to fall by sometime very soon. Life will be nothing short of hellish for Afghan women and their children. 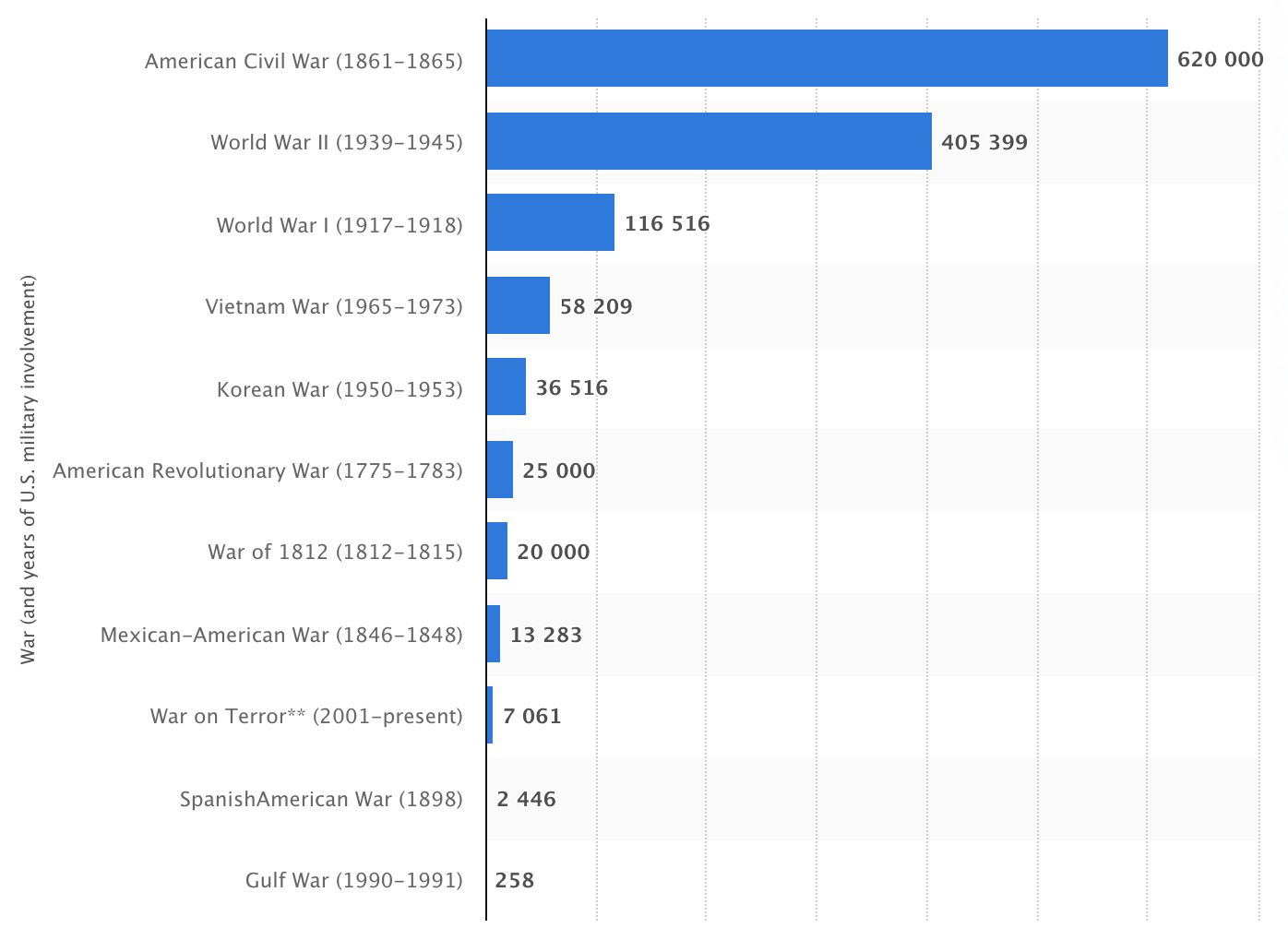