So yesterday podcaster Josh Lewis pissed on a scene in Shawn Levy‘s six-week-old Free Guy (“One of the worst things I’ve ever seen a theatre crowd cheer for in my life”),” and 24 hours later people are still enraged.

HE to friendo: “So out of the blue and several weeks after Free Guy opened, Lewis gets attacked by Twitter flapjacks for dissing it. I don’t get it. What’s the big thing?”

Friendo to HE: “Yeah, I know, right? But the thousands of replies and quote retweets are really showing how horrible the state of affairs is with America being Marvel-ified, and these critics and screenwriters are trying to defend a movie so…okay, decent but calm down. It’s hilarious but also flat out insane. Have we really stooped this low? Are things so bad that a Ryan Reynolds film is the bastion of hope for moviegoers?” 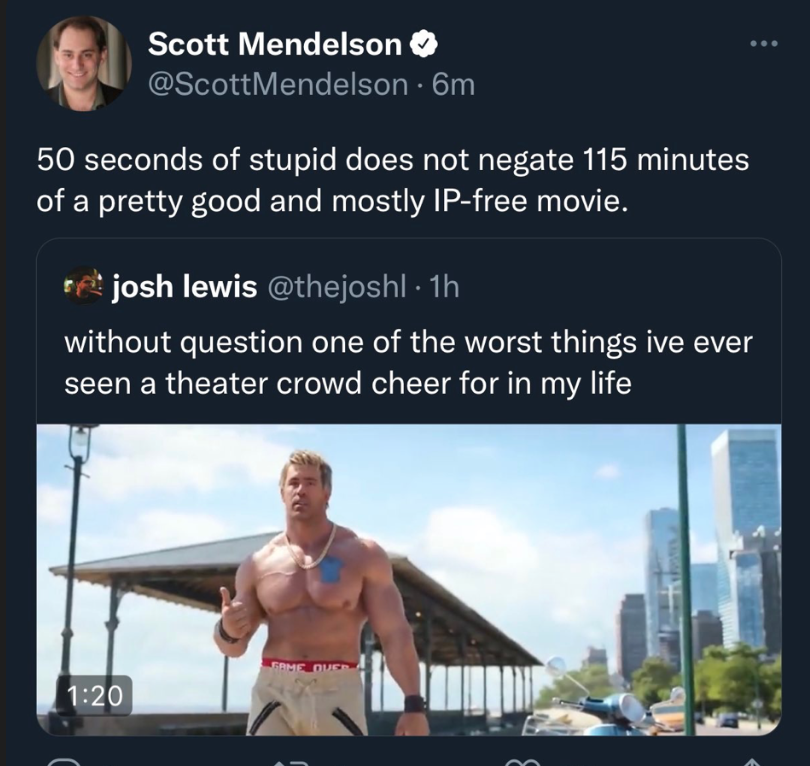