Hester Prynne Has Nothing On Yours Truly

From Anne Applebaum‘s “The New Puritans,” published in The Atlantic on 8.31.21: For the moral crime of adultery, Hester Prynne “must wear a scarlet A pinned to her dress for the rest of her life. On the outskirts of Boston, she lives in exile. No one will socialize with her—not even those who have quietly committed similar sins, among them the father of her child, the saintly village preacher. The scarlet letter has ‘the effect of a spell, taking her out of the ordinary relations with humanity, and enclosing her in a sphere by herself.’ “We read that story with a certain self-satisfaction: Such an old-fashioned tale! [For] we now live in a land governed by the rule of law; we have procedures designed to prevent the meting-out of unfair punishment. Scarlet letters are a thing of the past.

“Except, of course, they aren’t. Right here in America, right now, it is possible to meet people who have lost everything — jobs, money, friends, colleagues — after violating no laws, and sometimes no workplace rules either. Instead, they have broken (or are accused of having broken) social codes having to do with race, sex, personal behavior, or even acceptable humor, which may not have existed five years ago or maybe five months ago. Some have made egregious errors of judgment. Some have done nothing at all. It is not always easy to tell.” 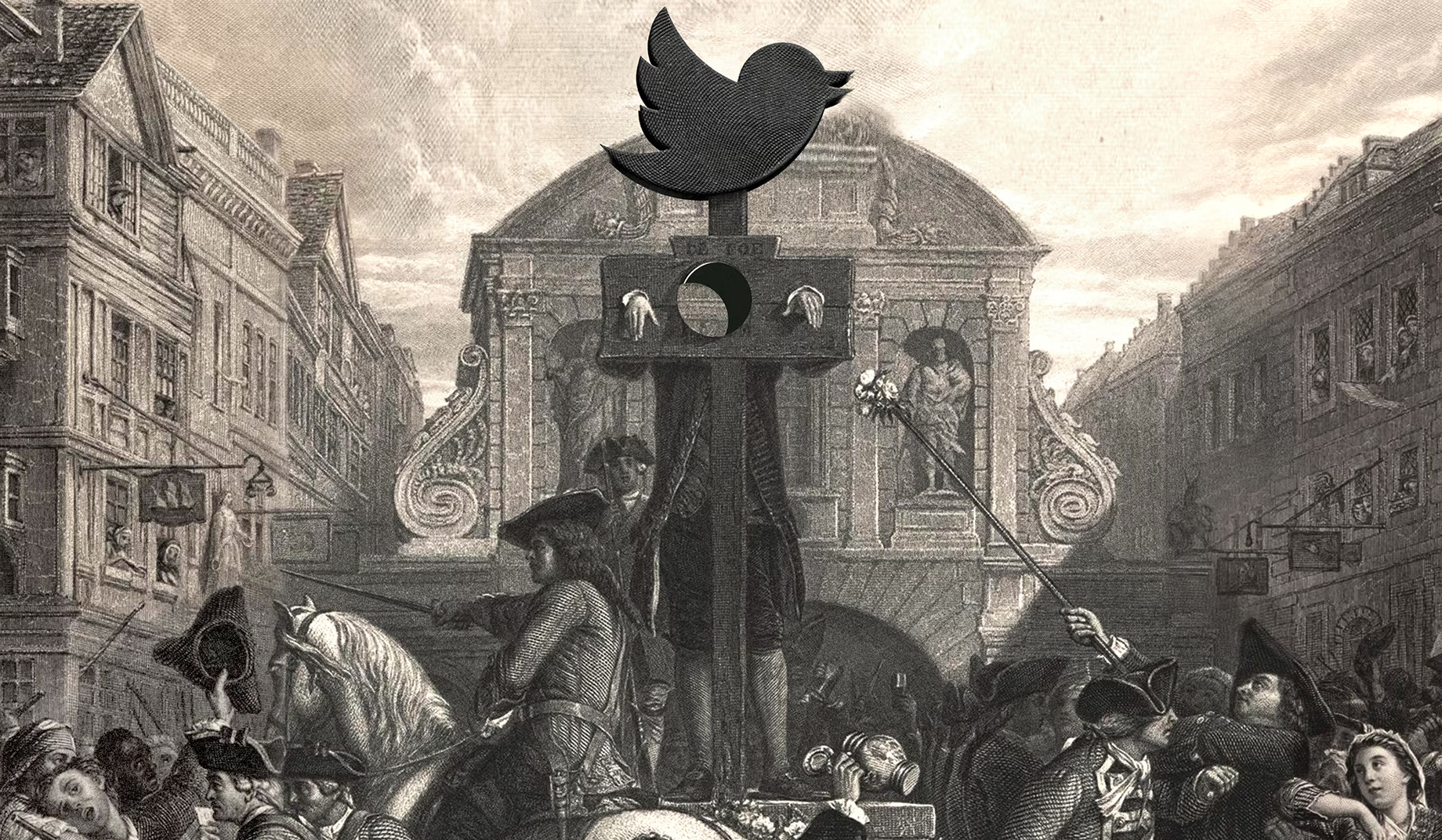 As most HE readers know, I got “Scarlet Letter”-ed last March when Critics Choice honchos Joey Berlin and John DeSimio booted me out of their organization after being pressured by hysterical wokesters after I posted a sentence written by someone other than myself — a sentence which sat on HE for an hour or less before I took it down. This eviction gave certain publicists an excuse to take me off their screening invite lists, etc. Six weeks ago I wrote Joey and John a letter about this incident. I was going to keep it private but what do I have to lose by sharing it at this point?

HE to Joey Berlin and John DeSimio of Critics Choice Association (CCA) — sent on 8.6.21.

Happy Midsummer Night’s Dream and best to your families.

I was just wondering if you guys know or care what your decision to boot me out of Critics Choice last March….a cowardly move which was ABSOLUTELY NOT over “a pattern of offensive, insensitive and unprofessional behavior,”  as you told the trades (neither of you ever said a damn thing to me about any alleged issues ever, and I mean not so much as a single email or text) but over a single short paragraph in a post THAT I DIDN’T EVEN WRITE (did you even know that?) and that I took down less than an hour later…

I was just wondering if you have any idea what that hysterically overblown and thoroughly minor-in-the eyes-of-God episode did to the fortunes of Hollywood Elsewhere? Maybe you do have an idea. Maybe you don’t give a shit, or maybe you’ve chuckled about it over drinks.

I was never that attached to the fortunes (soaring or otherwise) of the Critics Choice Association.  I was happy to nominate and vote and attend the annual Barker Hangar shebang, but I ate and slept pretty well before I became a member.  It really wasn’t that big a deal to me, but you guys sure as hell poisoned the well when you booted me out.

Tell me truthfully, man to man…have either of you ever had a hand in a decision that helped to damage a fellow journalist’s career?  Have you ever lowered the boom on someone and brought serious trauma into their life?   Let’s assume you guys don’t do this on a regular basis and let me ask a question — why did you LIE about the particulars when you cut me loose?  You know I didn’t cause any grief for CCA before this one dumb thing, and yet you claimed otherwise.

Largely as a result of your decision, I am not being invited to certain press screenings.  I’ve been in this racket and a member in good standing of the entertainment press gang for 40-odd years, and you guys gave a lot of publicists an excuse or a reason to take me off their invite lists.  I’m not off all of the invite lists, and I’m still respected by Telluride and Cannes andSanta Barbara and other festivals, but a lot of major publicists have zotzed me.  Not so much because of that unfortunate posting, but because of what you guys did.

I was speaking last week with a major studio marketing vp about this situation. At one point he said “never defend yourself.”  What he meant was, never give credit to your detractors by denying what they’re claiming you’ve done.  Once you start denying their accusations, the accusations gain traction.

I am nonetheless a civilized human being and a hard-working daily columnist. I’ve been married for four years with two sons (33 and 31) and two cats and a granddaughter on the way. My wife and I live in a nice neighborhood in West Hollywood.  I’ve been sober since 3.20.12, and I’m just trying to live my life…what’s the cliche, “as diligently and productively as possible”?  Something like that.

And oh, yes — I am a fellow of some flaws, agreed, but I haven’t “done” anything except throw around some attitude and write a few opinions that some have taken exception to.  Are journalists allowed to have opinions that don’t conform to the Robespierre party line? That’s not a joke question.  You know what it’s like out there, and I’m a moderate left-centrist.

I’ve been writing a noteworthy, well-read, self-produced column for 17 years. And for many years before 2004 for other sites and publications, including the LA Times, Entertainment Weekly and People magazine.  I’ve been running studio-supported ads from just about everyone since HE launched in August ’04.  Until the Great Wokester Purge of ’19 and ’20, that is.

All I know right now is that significant persons within my own community (people I’ve known and dealt with in this town for decades) have turned their back like Paul Sorvino‘s “Paul Cicero” in Goodfellas.  They’re not arranging to have me whacked, but they’re certainly looking the other way.

As far as I’m concerned you did this to me.  That two-and-a-half-line paragraph (which, again, I DIDN’T WRITE) that got everyone into a twist reads as follows:  “If there was one millionth of a chance in hell that Chloé Zhao and Nomadland weren’t going to win Oscars, the Atlanta massage parlor killings just snuffed out that chance.”

I agree — a rash and impolitic statement.  I posted it, but I didn’t write it.  Not my view, not my voice or way of thinking.  But you guys slit my throat over it…over a brief little one-sentence paragraph….a mistake, yes, but not a huge one, not in the eyes of anyone operating under the burden of sanity or rationality.

You know as well as I do that if someone had said that remark to you at a party, you would have replied “hmmm, yeah, well, I wouldn’t have put it that way but…”  And that would’ve been the end of it. But certain nellies howled and screamed, and you guys folded, and now after 40 years in this business…

How do you feel about that?  What’s your view of it?  Is it “tough shit, Jeff, but you shouldn’t have posted that sentence”?  Yeah, I agree — I shouldn’t have.  But do you feel I should be KILLED because of that?  Should I be sent to stand before the Imperial Guard like Richard Burton and Jean Simmons and die from a dozen arrows puncturing my chest cavity?  Is that how the world should work, John and Joey?    Do you endorse the idea of capital punishment?

I ask again:  have either of you ever had a hand in a decision that helped to destroy a fellow journalist’s career?  Because you have.  So I hope you understand or can at least sympathize with certain feelings that I have seething inside. I’m not going to express them in this letter, but if we were in seventh or eight grade, I would definitely take a swing at both you in the cafeteria.  Okay, in the outdoor recess area. 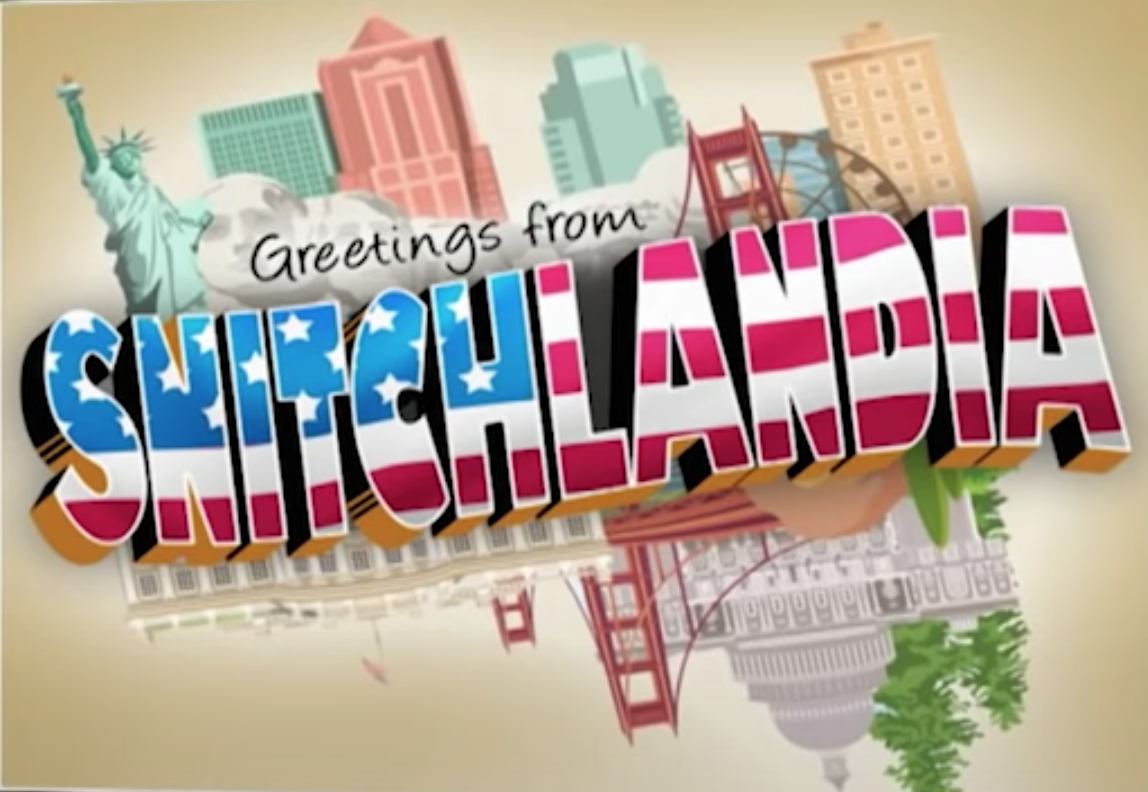 “It seems like this is the new normal – that elections just don’t count.”