7:10: “I gave up tweeting a lot…sometimes but why?…anything I would want to say on Twitter, I can’t say on Twitter…I’d be killed. I can say ‘good morning’ and the first ten responses would be, ‘Well, I guess with your white privilege it’s a good morning!…”

13:17: [Norm McDoanald‘s death] No one knew him well. [But] a guy who was never afraid to be too subtle for most people. He did the jokes he wanted to do. I love that. [And] I love that I found out he died after he died. Because to me, show business, we’re here for [the audience]… you’re not here for us.”

“Sometimes, the audience loves that. I’ve never been in that camp. I am not here to burden you. I am here to lighten your burden. So the fact that I didn’t know about this, nobody knew about this…good one, Norm!” 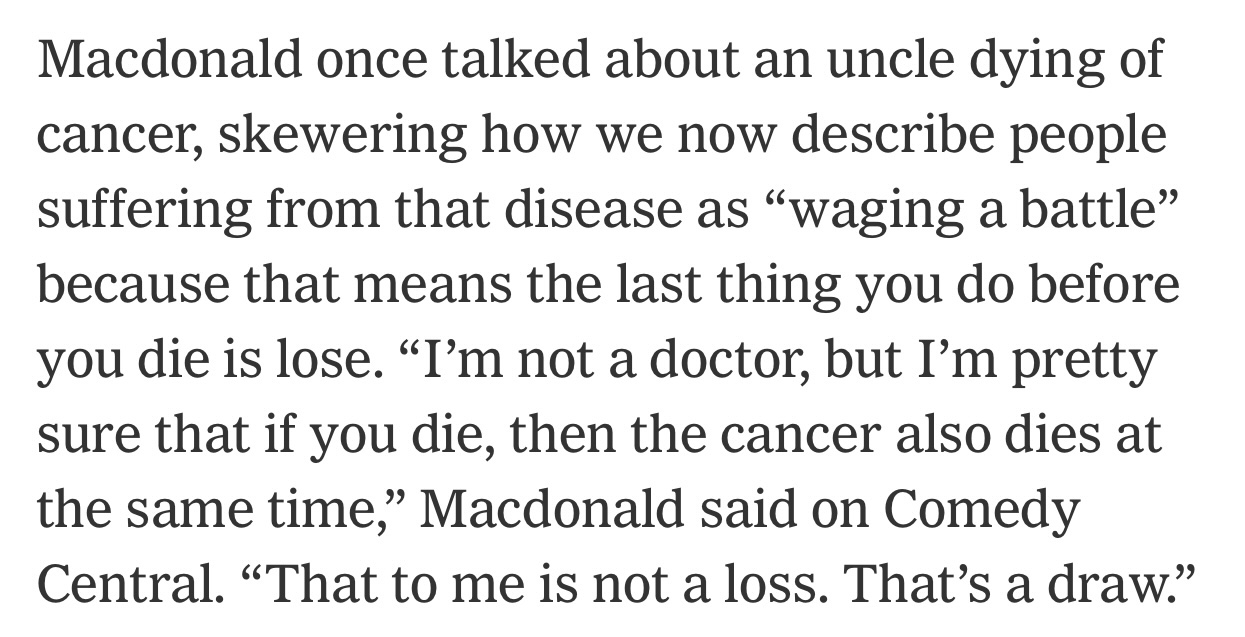