Too Young or Old

Earlier today I mentioned the disastrous casting of 27 year-old Ben Platt as a sensitive high-school guy in Dear Evan Hansen — too old. In the comment thread “brenkilco” complained that Robert DeNiro and Joe Pesci seemed too old to be playing their Goodfellas characters when young — not a problem, they passed muster. On the other hand James Stewart as Ransom Stoddard in The Man Who Shot Liberty Valance and as Charles Lindbergh in The Spirit of St. Louis — definitely too old.

Anyway I decided to switch sides and try to recall actors who either (a) seemed too young for their roles or (b) more or less fit them even though they were actually younger that they appeared.

So far I can only come up with two actresses and no actors. 36 year-old Angela Lansbury as the 33-year-old Laurence Harvey‘s mother in The Manchurian Candidate (’62). And 31 year-old Rosemary DeCamp playing 42 year-old James Cagney‘s mom in Yankee Doodle Dandy.

It’s been said that Jessie Royce Landis‘s performance as the mother of Cary Grant‘s Roger Thornhill in North by Northwest doesn’t work because they were born only eight years part (Landis in 1896, Grant in 1904). But it does work. Grant was 54 when NXNW was shot but looked 45 or 46 while the 62 year-old Landis appeared a bit older. So it worked if you imagined that Landis was an under-aged mom (17 years old, say) when Roger came along. 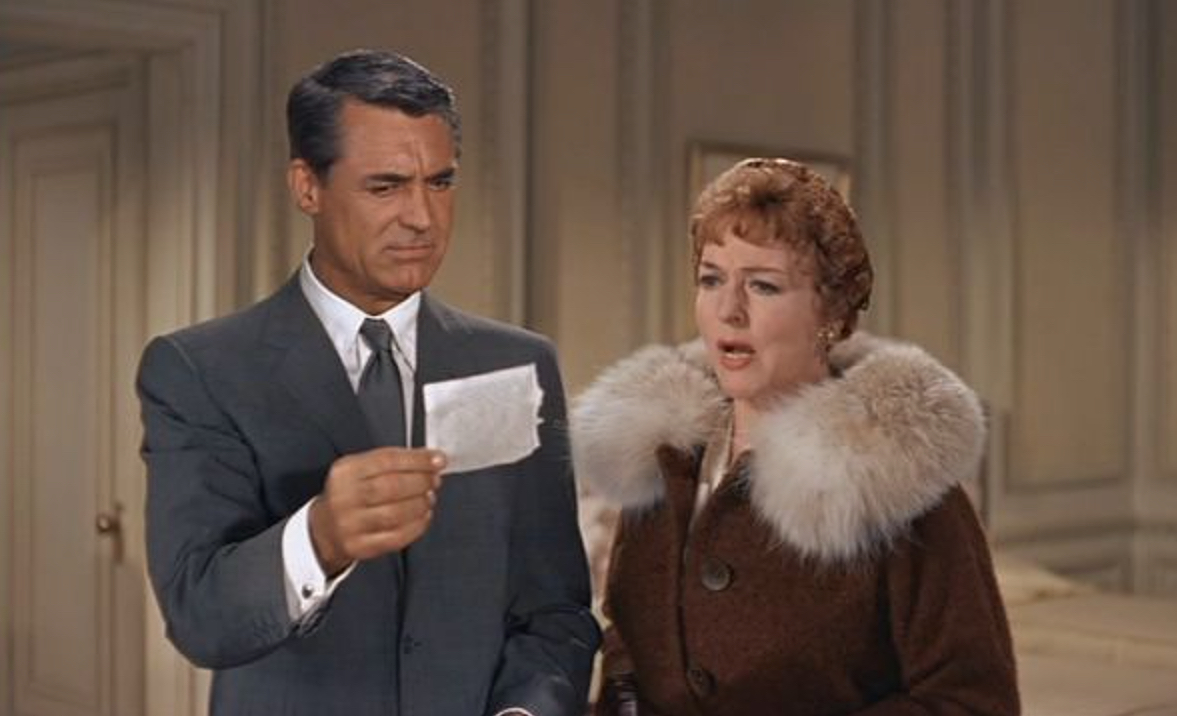