Why is it that “The Rock” is so steadfastly opposed to appearing in good films, or even half-decent ones? As far as I can tell he’s never even tried to costar in a quality-level enterprise…not once.

Does Chris Heath’s Vanity Fair profile piece answer this question? Does it even allude to it? Of course not.

Snapped during a glammy dinner in honor of Australia’s Phillip Noyce, the current recipient of a ten-day tribute by the Cinematheque Francaise. 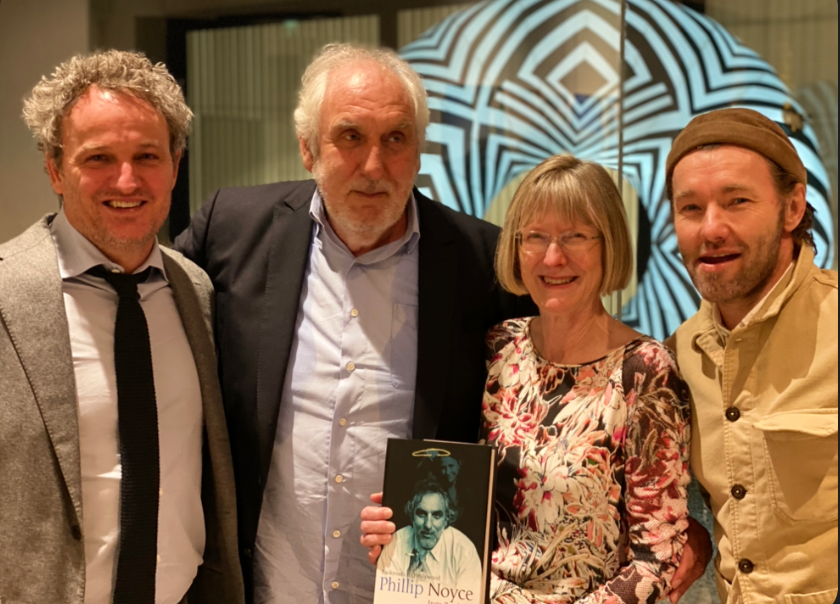 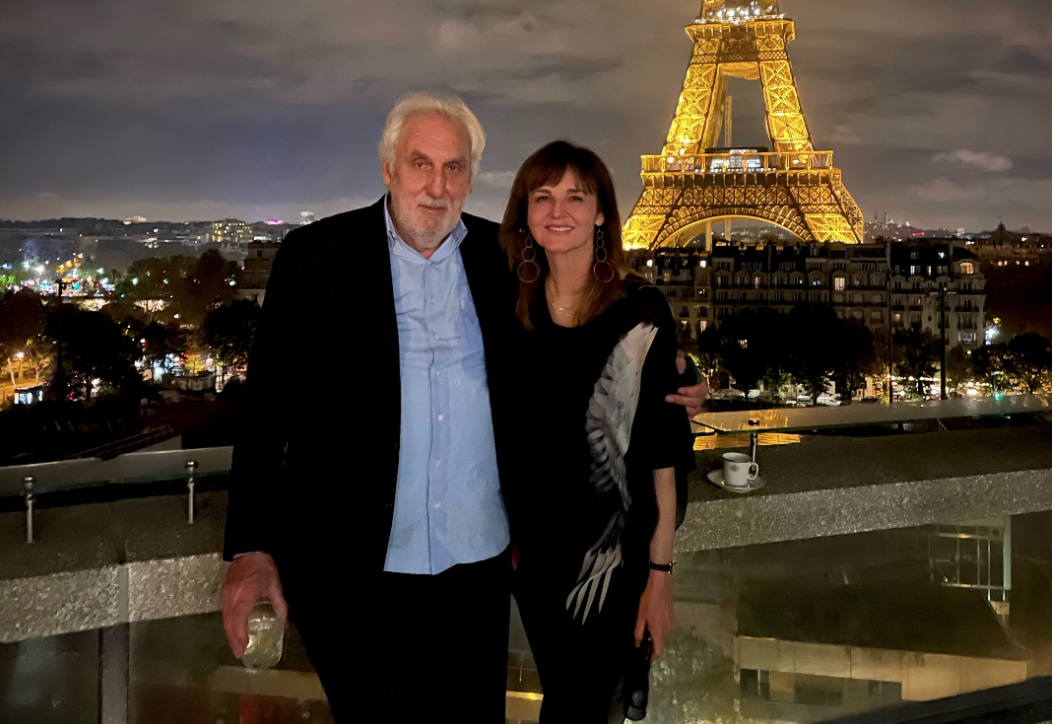 Oswald Trained at Secret CIA Camp?
This morning the Miami Herald's Nora Gamez Torres reported a story passed along almost 40 years ago by Ricardo Morales, a former CIA worker and anti-Castro militant and FBI informant. One of Morales' sons claimed on Spanish-language radio that his father, a sniper instructor in the early 1960s in secret camps where Cuban exiles and others trained to invade Cuba, "realized in the hours after President John F. Kennedy was assassinated in Dallas in 1963 that the accused killer, Lee Harvey Oswald, had been one of his sniper trainees."

Tendency to Run Long
Robert Wise's Oscar-winning West Side Story ('61) ran 152 minutes. Is there anyone who believes that Steven Spielberg's forthcoming version will run any less than 160 minutes? 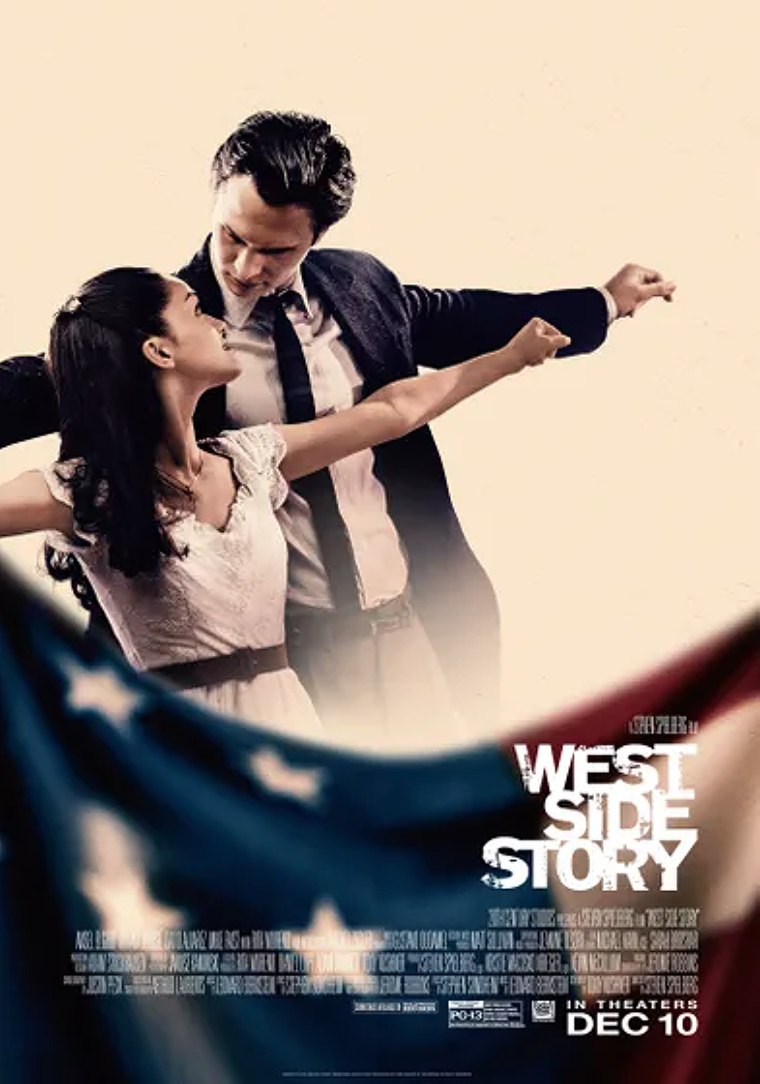 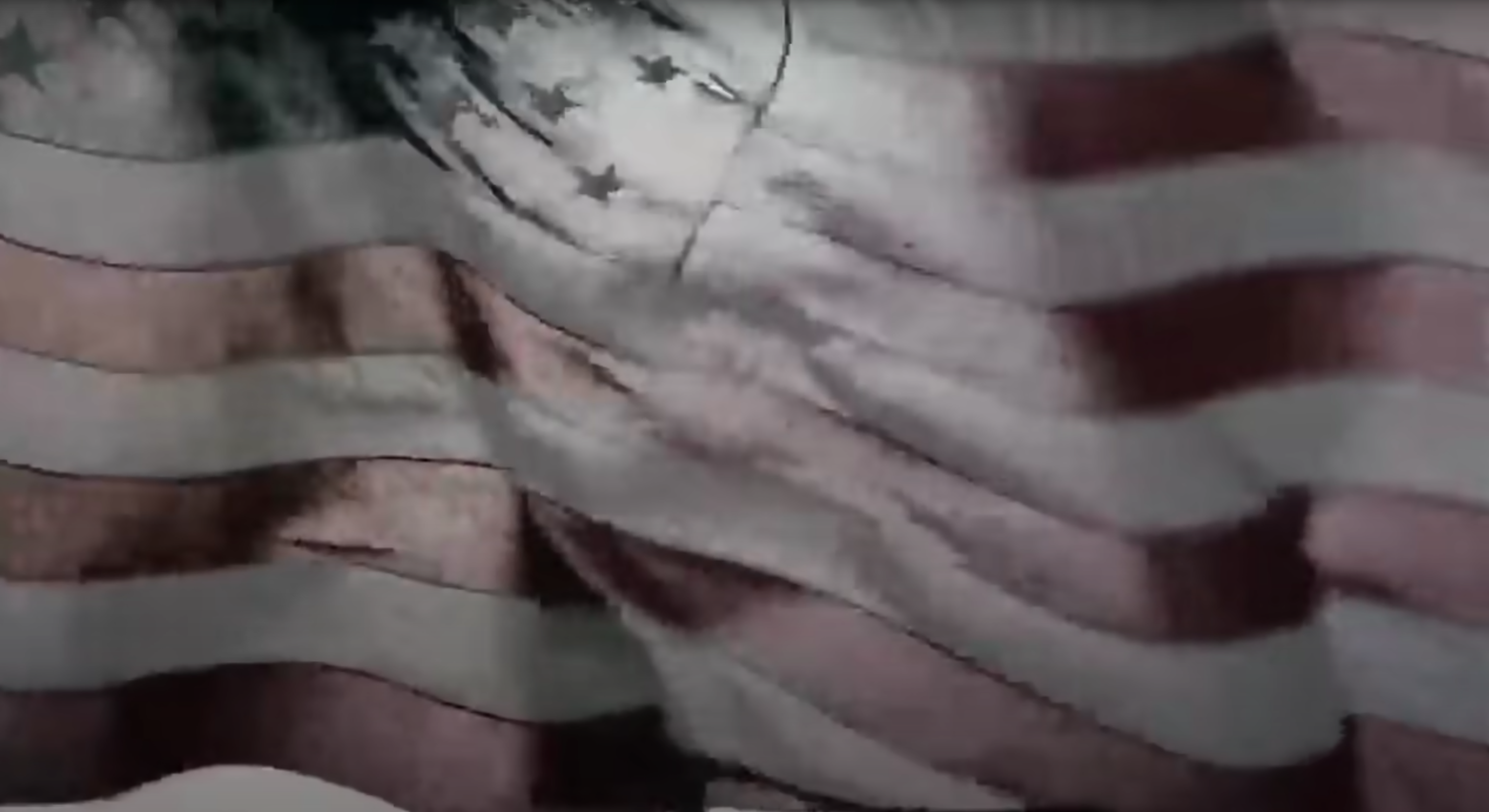 I’m sorry but when, if ever, are significant numbers of African Americans going to move past “the government is looking to poison or otherwise mutilate our community so don’t let them inject you with anything”?

The abhorrent Tuskegee Syphilis Study happened between 1932 and ’72, and everyone in the civilized world acknowledges what an atrocity it was. And it ended nearly 50 years ago. How does this inform or reflect upon government-issued Covid vaccines? I’ll tell you how it informs or reflects upon government-issued Covid vaccines. It doesn’t. At all. But try telling that to Ice Cube. 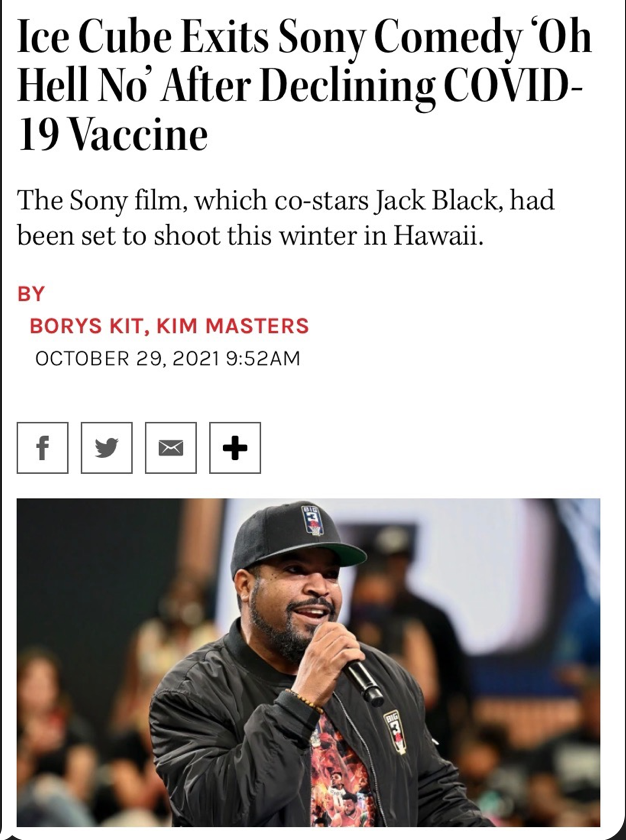 Friendo to HE: “Given the history of the medical experiments the CIA did on the black community in the past, they may have a valid concern here. But at some point they need to realize that while the Tuskegee Syphilis Experiments were a local thing done in one area, the pandemic and the vaccine are global matters.

HE to friendo: “That distinction seems to be a bridge too far for some in the black community.”

Friendo to HE: “Don’t quote me on this. I don’t want to be accused of talking down to anyone.”

HE to friendo: “It’s too late. I’m afraid I have no choice but to alert Glenn Kenny. He’ll bitchslap you around but good.”

SPOILERS HEREIN: 18 hours ago I saw Edgar Wright‘s Last Night in Soho. I had suspected I would probably have a bad time with it, but my God, it’s dreadful. Mindless, gaudy throwaway trash. Not to mention dull by way of a mind-numbing repetition of a #MeToo mantra — older men with bulging wallets are toxic beasts.

Wright got hold of something cool and throttled in the first two-thirds of Baby Driver, but now it’s gone. The bottom line is that he’s a completely untethered geek fetishist — he’s all about design and visual intensity and comic-book-level characters, and at the same time completely disengaged from anything even vaguely resembling an adult sensibility or, perish the thought, an ability to absorb and re-process life as a semi-complex, multi-layered thing. In short, Wright is 47 going on 14.

In the mid ’60s context of Last Night in Soho, Wright isn’t interested in trying to (let’s get creative!) partially channel the spirit of Roman Polanski by way of recalling or reanimating the 1965 atmosphere of Repulsion…God, what a stone cold slasher masterpiece that film is, especially compared to the slovenly Soho. Repulsion and Last Night in Soho are one year apart, and at the same time based in entirely separate galaxies.

Last Night in Soho essentially says one thing over and over. Ready? Older London men who went to flashy nightclubs in the mid ‘60s were cruel sexist pigs (which many of them doubtless were) and they all wanted to sexually exploit and abuse young women who needed the money. Which made them Hammer horror monsters of the darkest and scuzziest order.

But that was mid ‘60s London for you! Forget the seminal beginnings of the rock revolution. Forget the Yardbirds. Forget the mid ’60s Soho club scene that had begun to be dominated by London’s rock virtuosos and their many followers. Forget the musical and spiritual explosions conveyed by Aftermath and Rubber Soul. Forget John Lennon and George Harrison being dosed by a dentist in ’65 and experiencing their first-ever acid trip. Forget all that. Because in Wright’s view, 1966 London was crammed with creepy, sex-starved, Sexy Beast guys in their 40s and 50s who worshipped the Kray brothers.

Not to mention those four Heather bitches from fashion design school who do nothing but taunt and snicker at Thomasin McKenzie‘s innocent “Elly”.

But at least there’s one compassionate young dude (Michael Ajao‘s “John”) who genuinely cares for her, mainly because the Maoist woke mindset of 2021 has declared that all people of color are sainted figures. Which confirms that on top of his unrestrained geek indulgences Wright is just another obedient woke whore, singing the same hymn from the same “sing it or we might cancel you” hymn book…people of color are so good, so blessed, so pure of heart.

Mckenzie’s over-emoting drove me mad. In Wright’s view she’s Heidi..a country-girl waif who’s completely incapable of not being gobsmacked by everything and everyone she encounters, and incapable of restraining or modifying her emotional reactions.