If it’s all the same I’d like 91-year-old Gene Hackman** to put the car in reverse and roll back to the way he looked and sounded in 1995’s Crimson Tide or, better still, 1988’s Mississippi Burning. And just stay there. No aging, no withering, no whitening. 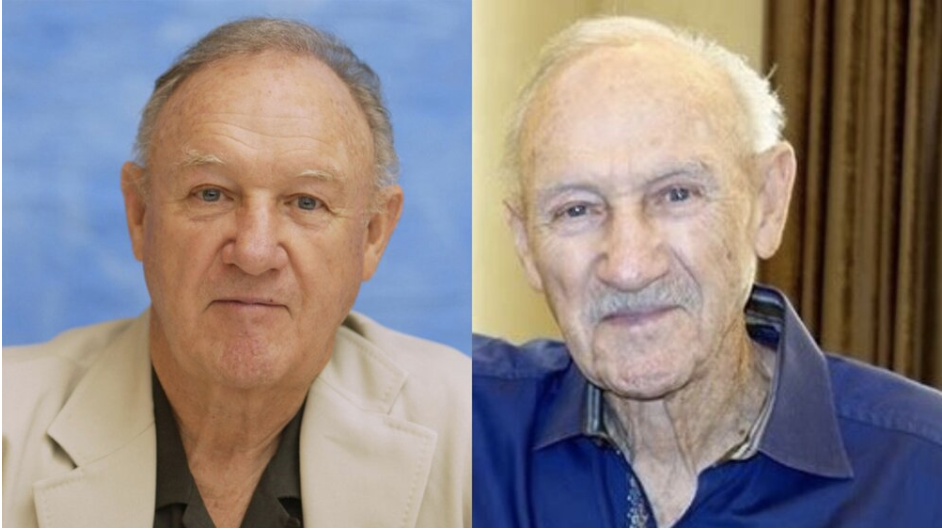 “Stoplight With Hackman,” posted on 1.28.21: Sometime in the summer or early fall of ’94 (can’t remember which) I visited the Culver Studios set of Crimson Tide. Producer Jerry Bruckheimer had invited me. I hung around in a low-key way for two or three hours. No chit-chats with “talent” or anyone except Jerry — basically an opportunity to see the nuclear submarine set, which was built to tilt and lean and shake around. I watched Tony Scott guide Gene Hackman through a confrontation scene over and over. I was maybe 100 feet away.

When you first arrive on a big movie set there’s nothing more exciting. And then you hang around for a while, doing nothing but watching and maybe shooting the shit with whomever and taking notes and sipping soft drinks and nibbling bagels, and you’re eventually bored stiff.

Eventually it was time to leave. I took a last look at the set, thanked Jerry, shook hands and briskly walked off the sound stage and back to my black 240SX Nissan. I eased out of the parking lot and drove north on Ince Blvd. I stopped at a red light at the corner of Ince and Culver Blvd.

Just to my left was a large black limo, idling like me. I looked over and damned if it wasn’t Hackman in the back seat, just sitting there, three or four feet away.

“And so what?” you might ask. I’d just been watching him play the tough submarine captain, saying the same lines over and over. But I was nonetheless fascinated by my close-up view of the guy, and immediately I was telling myself “Jesus, don’t look…don’t be an asshole! They can feel it when fans are staring at them, even if it’s through glass.”

So I snuck a quick peek and turned away. And then another quickie. And then another. Not once did Hackman look in my direction. Maybe he knew I was sneaking peeks but decided not to confront me because I had the decency not to stare. I know that if I’d quickly turned and found him staring right at me it would have been mortifying. Thank God he didn’t.

Several months later I schmoozed with the whole Crimson Tide crew (Hackman, Denzel, Scott, Don and Jerry) at a Marina del Rey junket. A lot of fun, lots of food…a splendid time had by all.

I remember asking Denzel about the Silver Surfer scene and asking if he had a preference for the Jack Kirby or Moebius version, or whether it had been discussed between takes or whatever. He looked at me, smirked, shook his head and opened his hands, palms up. He was basically saying “I didn’t ask, and I didn’t care.”