On 10.14, Cyber Dandy asked why is the Academy Museum ignoring the tough, scrappy Jews who founded the Hollywood film industry? You know, the Jews whom Neal Gabler wrote about 32 years ago?

Those crude, gut-instinct, cigar-chomping guys (including the Protestant Daryl F. Zanuck) are nowhere to be found in the Academy’s recently opened temple at the corner of Wilshire and Fairfax. Nor are any of the filmmaking founders — Chaplin, Fairbanks, Griffith, Pickford, etc.

Filmmaker friendo: “This is what I felt when they announced the program but I reserved my judgement until I visited. This is not fair and not good. I hear [Martin] Scorsese is furious about the lack of history of the museum. I’ve also heard that Leo [DiCaprio] was very upset by what he saw there. The museum is a joke.** No D.W. Griffith, no John Ford, no Jewish moguls. What can be done here?”

Cyber Dandy: “I had hoped the museum would also pay homage to the motion picture pioneers who birthed the industry in the early 1900s and reflect the history of families like mine. But after touring the museum’s five stories, I discovered that Hollywood’s pioneers, who busted their [asses] building the industry it celebrates, ended up on the cutting room floor.”

HE to Cyber Dandy, Filmmaker Friendo: To wokesters the original Jewish founders and rulers of classic Hollywood along with the ground-floor filmmakers are defined by one thing — their whiteness.

“That’s all there is really. The Academy Museum is about apologizing for the working atmosphere created by white Jewish moguls and producers. Celebrating or at least acknowledging their historical roles is apparently the furthest thing from the Academy’s collective mind.

“The museum’s viewpoint is that the old days were bad, wrong, cruel, sexist, discriminatory, hugely unfortunate….there is only the wokeness of today and the future that lies ahead. Fairness and opportunity for women, people of color, LGBTQs, etc.” 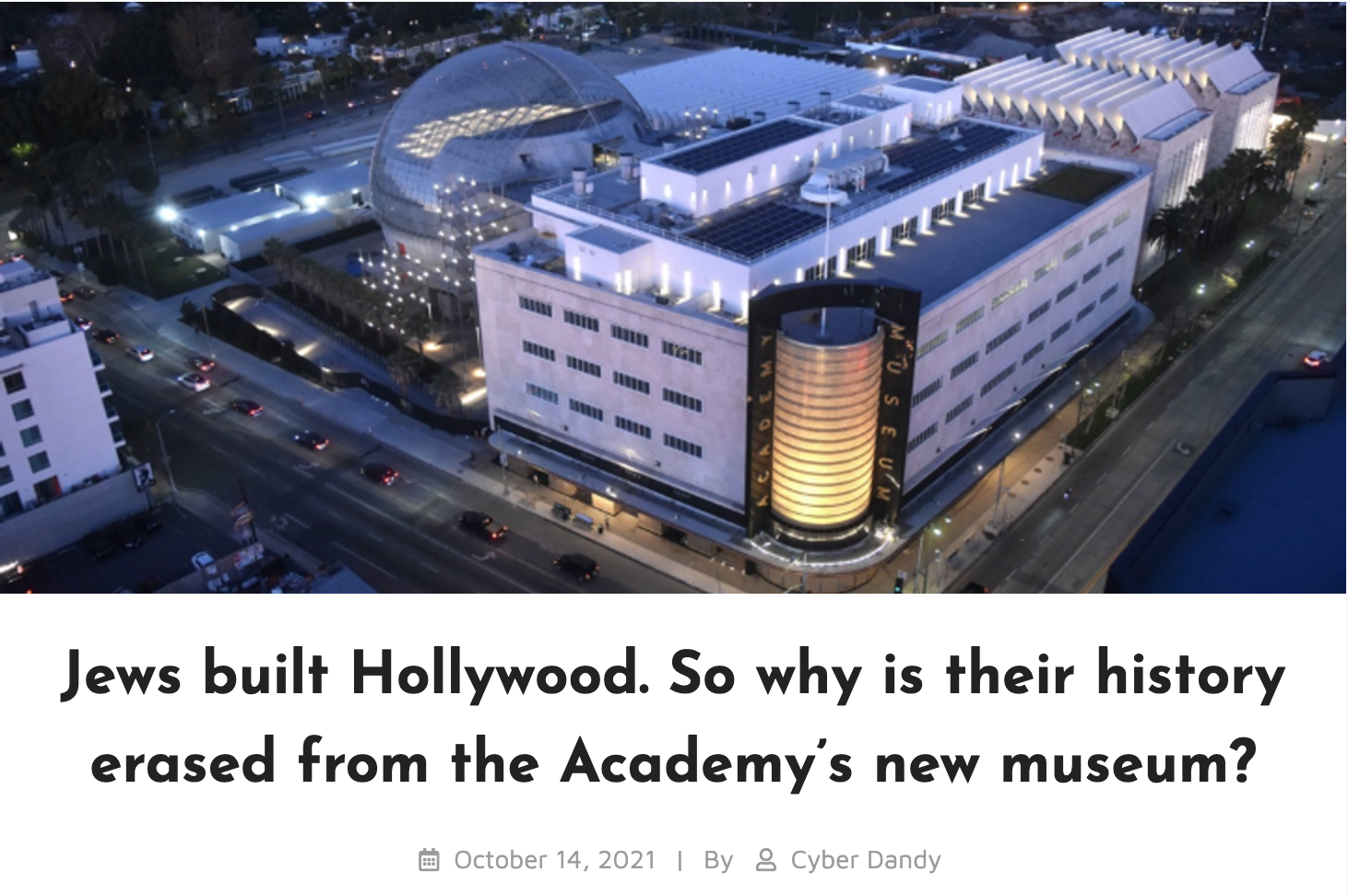 ** Scorcese and DiCaprio’s alleged disapproval of the Academy Museum’s lack of history has not been conveyed directly. It’s strictly “loose talk”, but it comes from persons in or near their circle.