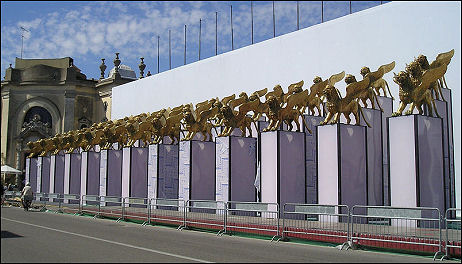 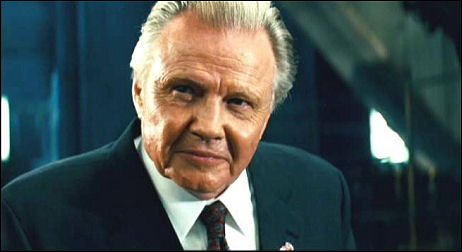 Slate‘s Dennis Lim has put together an excellent video slide show on the evolution of Hollywood fight scenes. He explores how we got to the current vogue for jumpy, heavily-edited scenes, with stops along the way to look at The Big Country, Raging Bull, Natural Born Killers, The Matrix, The Bourne Ultimatum, etc.
My two favorites among Lim’s selections are the final Jake vs. Sugar Ray fight from Raging Bull, and the Big Country fist fight between Charlton Heston and Gregory Peck.
Old-fashioned as this may sound, I like my duke-out scenes cut so I can (gasp!) understand what’s going on. I’ve always loved the Bruce Willis vs. Alexander Gudonov tussle in Die Hard and yet I was totally fine with The Bourne Ultimatum. Where’s the fight scene from The Yards, which is one of the best ever by any standard?

21 Comments
Wisdom In This

Not the least bit believable as conversation, and way too glib and oppressively speechy (even by Paddy Chayefsky standards). But philosophically I swear by every word. They’re almost guaranteed to make any macho conservative sputter with contempt, but if we’d all be better off if we took the gospel of Charlie Madison more seriously.

An HE reader named Sean M. wrote today to say “thanks for your pushing of Man on Wire. The wife and I went to go see it Sunday (and yes, we chose it over Stepbrothers) and it was the best moviegoing experience of the year, slightly nudging out The Dark Knight.
“Why? Because I am always riveted by movies that, despite the fact you know how it is going to end, create a level of tension that is only relieved by the completion of the act you were waiting for. Add to that removing the ‘taking for granted’ factor and really understanding the enormity of what this man willed himself to do…well it was a moving experience. It was one of those reminders of the power of cinema that I, and undoubtedly many others, do take for granted.”

Two issues with Stephen Saito‘s “The 10 Most Slanderous Slights” piece on ifc.com. One, it’s understandable why people might assume that Tom Cruise’s “Larry Grossman” character in Tropic Thunder is based on on Viacom chief Sumner Redstone, except he doesn’t look or sound like him. (I think Cruise is just playing a generic Hollywood bully-boy mogul.) And two, I was always told that Steve Martin‘s bearded producer character in Grand Canyon wasn’t based on action guy Joel Silver — I heard Larry Gordon. 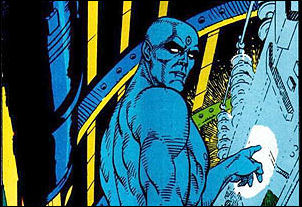 I don’t mean to harp on Sunday morning’s Shia Lebeouf bang-up, but c’mon. It’s one thing to give or get a ding or a dent, but flipping your pickup truck at a major intersection (La Brea and Fountain) with pizza splattered all over the street and a major crater on the driver’s side door? That’s something out of the car-crash scene in Amorres perros. 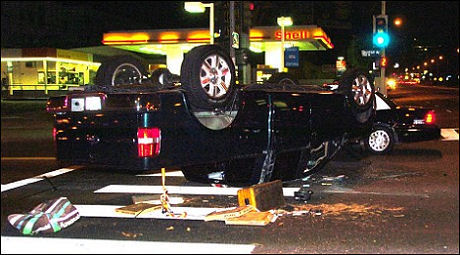 I’ve been in two serious bangers — a BMW slammed into my right side in ’98, sending me spinning 270 degrees — but it takes a lot of speed and ferocity to flip a large pickup truck, lemme tell ya. Whoever did the initial reporting dropped the ball.

It’s perfectly allowable that Jeffrey Dean Morgan, who will play Edward Blake (.a.k.a., “the Comedian”) in Zack Snyder‘s Watchmen, looks like Javier Bardem‘s younger, fuller-faced brother. But it’s always a bit of a problem when actors seem to resemble each other too much. This is a request, therefore, for the most glaring “separated at birth” duos out there right now. I would have supplied at least two or three, but I ran out of my Gingko Biloba pills two weeks ago. 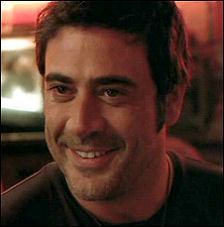 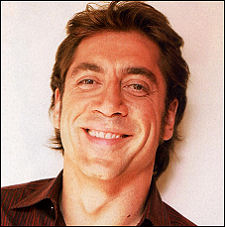 32 Comments
No Toss-Up In Sight

Building on data from pollster.com, four days ago centerforpolitics.org ran a article by Alan Abramowitz, Thomas E. Mann, and Larry J. Sabato called “The Myth of a Toss-Up Election.” It basically said that the electoral total from states that are strong or leaning for Barack Obama is 287, the electoral total from states strong or leaning for John McCain is 147 and the electoral total from the remaining swing states is 107. Their point is that Obama can lose every swing state out there and still win, 287 to 253.
“‘Too close to call.’ ‘Within the margin of error.’ ‘A statistical dead heat,'” the article begins. “If you’ve been following news coverage of the 2008 presidential election, you’re probably familiar with these phrases. Media commentary on the presidential horserace, reflecting the results of a series of new national polls, has strained to make a case for a hotly contested election that is essentially up for grabs.
“Signs of Barack Obama’s weaknesses allegedly abound. The huge generic Democratic Party advantage is not reflected in the McCain-Obama pairings in national polls. Why, according to the constant refrain, hasn’t Obama put this election away? A large number of Clinton supporters in the primaries refuse to commit to Obama ((i.e., PUMAs). White working class and senior voters tilt decidedly to McCain. Racial resentment limits Obama’s support among these two critical voting blocs. Enthusiasm among young voters and African-Americans, two groups strongly attracted to Obama, is waning. Blah, blah, blah.
“While no election outcome is guaranteed and McCain’s prospects could improve over the next three and a half months, virtually all of the evidence that we have reviewed — historical patterns, structural features of this election cycle, and national and state polls conducted over the last several months — point to a comfortable Obama/Democratic party victory in November.
“Trumpeting this race as a toss-up, almost certain to produce another nail-biter finish, distorts the evidence and does a disservice to readers and viewers who rely upon such punditry. Again, maybe conditions will change in McCain’s favor, and if they do, they should also be accurately described by the media. But current data do not justify calling this election a toss-up.”
Except the PUMAs do seem to be holding back, the racial chasm in this country is wide and deep, the conservative-value bubbas are just as stupid and clueless as they’ve ever been, and don’t forget Jake Tusing and Colin Clemens, those two guys from American Teen who say they won’t be voting because politics is not for them. How many tens of thousands of under-25s who think this way are out there, sitting on their hands? A lot, I’ll bet.

Now that the dust has settled on that two-day-old story about Ridley Scott‘s Nottingham temporarily going south, surely someone has read a recent draft of the script and could pass along thoughts about why there were “script concerns”? Gregg Kilday‘s Hollywood Reporter story says the plug was pulled over that plus “labor unrest” (i.e., a possible SAG strike) and “location logistics.”

The same trailer has been posted on Daily Motion.