This is really “beat up on poor Charlie Sheen” day, isn’t it? First Mark Ebner‘s 1998 Details piece about the old poontang days, and now an account of Sheen’s disastrous debut show (“boos…walkouts..unmitigated disaster”) in Detroit by Entertainment Weekly‘s James Hibberd. 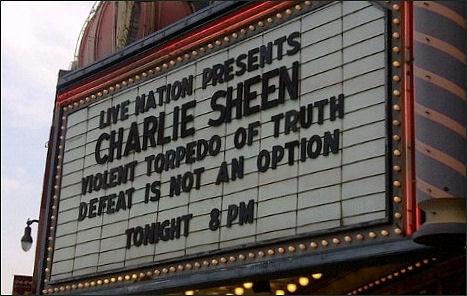 Update: Here‘s the first YouTube clip I could find. Posted six or seven hours ago. Tiger blood. Cranked. A man on a mission to…what? Prove to the world that he still matters commercially despite the loss of his TV series? To spread the gospel of an egoistic theology called “winning”? I’m guessing it starts near the beginning of Charlie’s set. 8 likes, 18 dislikes. But the girl who recorded this from somewhere in the balcony (or her friend) was obviously charmed.

As I’ve heard it (but take this with a grain), the problem with The Hangover 2 is that it primarily feels like The Hangover transposed to Thailand. No deepening intrigue. “Here we go again!” in spades. What do I actually know? Nothing.

“Your suspicions about Your Highness (Universal, 4.8) were correct — it’s pretty lousy,” says a trusted reader. “It’s one of the laziest films I’ve ever seen. I suspect the geeks will attempt to explain this as a kind of purposeful charm but I’d just call it shitty. It has some great lines but they gave most of them away in the first red-band trailer. It’s essentially 30 iterations of Danny McBride saying stuff with an olde English accent with an f-bomb tossed in.”

I for one would have loved to see Memphis, the Paul Greengrass-Scott Rudin project about Martin Luther King that Universal has just scuttled, possibly over “factual liberties” taken by Greengrass’s script but more likely about the MLK estate having sided with a competing MLK DreamWorks project that has a script by Ronald Harwood (The Pianist). Rudin and Greengrass are presumably shopping Memphis around so here’s hoping. 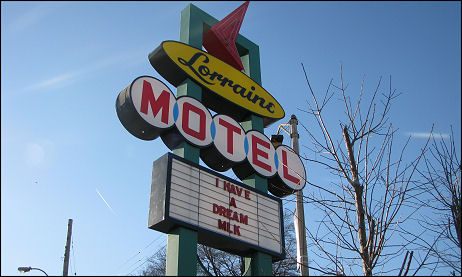 I’ve written that Greengrass’s shakycam shooting style has run its course, but something tells me it might work very well on a script that focuses on the hours before and after King’s assassination on 4.4.68. I’m presuming, incidentally, that the “factual liberties” and “controversial directions” that the MLK estate reportedly has issues with in Greengrass’ script involves King’s legendary tomcatting…but maybe not. Anyone who can toss me PDFs of either the Greengrass or the Harwood would have my sincere gratitude.

In 1998 Details magazine hired Mark Ebner to track down and interview Charlie Sheen‘s ex-girlfriends. It was an assignment “as simple as walking out my front door,” Ebner writes on Hollywood Interrupted. Ebner says he “found no shortage of women willing to get honest about their experiences with a shell of a man who has proven incapable of being honest about himself.” But the Details article only mentions three. 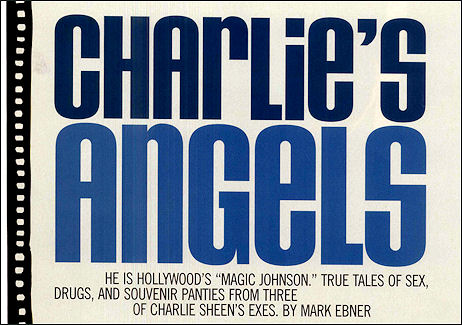 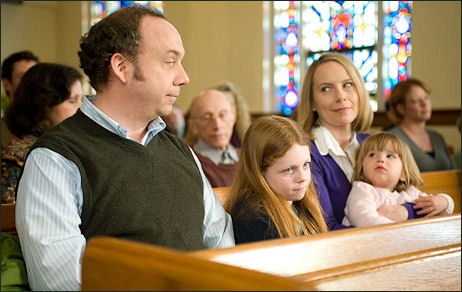