A friend has been told that Dan Gilroy‘s Roman Israel, Esq. (Columbia, 11.3) is going to premiere at the Toronto Film Festival. I’ve also heard from a reliable source, and he didn’t deny it. Apparently TIFF accidentally posted their announcement about Roman Israel, Esq. earlier today, and then quickly deleted it. The addition, if true, will be officially announced…uhm, on Wednesday? For whatever reason they didn’t today, but TIFF moves in mysterious ways. 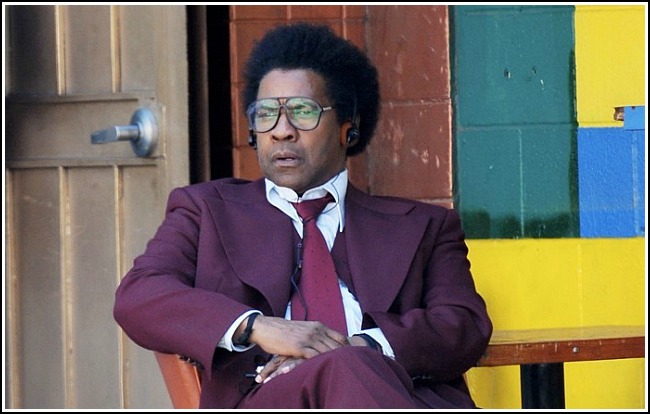 If the information is true, it would obviously speak volumes about the confidence that Gilroy, the film’s director-writer, as well as Sony/Columbia execs may have in the film. Gilroy also directed and wrote Nightcrawler, of course.

“If is the middle word in life” was spoken by Dennis Hopper in Apocalypse Now. Robert Mitchum also said it in some late ’40s or early ’50s noir.

Wells to source: “If the story is bullshit, could you indicate so by not hanging up the phone as I count to 10? And if it’s not true, don’t say ‘are we straight, man?…got it?…everything clear?’ just before hanging up.  Anything but that.”

But the story probably isn’t bullshit.   I’ve just been told something that makes me comfortable with it.

Kit Harington is dead to me. I don’t like his looks, and he’s too short. If you say to me “but he plays Jon Snow, a major cultural figure via Game of Thrones“, I would say “yes, exactly — he has to be punished for going along with Jon Snow’s fake death.”  I hate movies and cable longforms that don’t respect the fact that death happens sooner or later to everyone, and who lack the stones to kill their leading characters with finality.  (I respected James Cameron enormously for killing Leonardo DiCaprio in Titanic.) Plus I didn’t care for Harington‘s presence in Pompeii or Testament of Youth, and I hated both of these films anyway on their own terms.

Give credit to Liam Neeson for his svelte appearance in Mark Felt: The Man Who Brought Down the White House. He may be the King of Hollywood Paycheck Performers, but he’s taken care of himself. Pic, playing in Toronto and opening on 9.29, was directed and written by Peter Landesman. Based on the true events about FBI agent Mark Felt, who, pissed that he wasn’t given J. Edgar Hoover‘s job, became a major anonymous source for Washington Post reporters Bob Woodward and Carl Bernsteinon Watergate. (And was later portrayed by Hal Holbrook in All The President’s Men.) Costarring Diane Lane, Tony Goldwyn, Richard Molina and Maika Monroe.

I’ve been presuming all along that Jason Mitchell‘s quietly affecting performance in Dee Rees’ Mudbound (he and Mary J. Blige are the standouts) would result in a Best Supporting Actor nomination. That accomplishment (as well as his hair-trigger performance in Detroit plus his well-liked Eazy E turn in Straight Outta Compton) is undimmed this morning, but yesterday’s airplane-seat altercation has almost certainly hurt his community rep.

The mindblowing aspect is that the Delta flight that Mitchell was booked on was a quickie — Las Vegas to Salt Lake City, which lasts maybe an hour. Okay, he didn’t get the seat he wanted but Mitchell can’t suck it down for an hour? If he was about to leave for Australia or Tokyo I could understand being riled, but Vegas to SLC?

In a statement to TheWrap, a Delta spokesperson airline said, “the passenger was late checking in for his original flight and was placed on standby for a seat on the next flight. He was later confirmed in Delta Comfort+, the only available seat. On that flight, 2252, from Las Vegas to Salt Lake City, he got into a verbal altercation with the crew, before ultimately exiting the aircraft and being taken into custody by law enforcement.”

Two significant films with oxygen-alluding titles will unspool at TIFF ’17. I’m sensing that Simon Baker‘s Breath, an outdoorsy ’70s-era Australian film about surfing and manning up, may be an easier sit. It costars Baker, Samson Coulter and Ben Spence, and has been produced by HE’s own Mark Johnson. The other is Andy Serkis‘s Breathe, a persevering-through-disease that, I’m sure, will deliver a certain spiritual uplift. It will probably be compared to The Theory of Everything, The Diving Bell and the Butterfly and perhaps even My Left Foot. I’m not super-revved about either one, but…you know, I shouldn’t take that attitude. You know what I’m saying. Certain films inspire interest, and others inspire dread. That’s not an allusion to Breath.