Johnny Hallyday, the French rock star who now and then portrayed laid-back, chain-smoking cool cats in French films from the early ’60s until this year (his last role was in Claude Lelouch‘s Chacun sa vie et son intime conviction), has died at age 74.

If you ask me Hallyday’s most interesting film was Patrice Leconte‘s The Man on the Train (’02), in which he costarred with Jean Rochefort.

I first heard of Hallyday in ’76, during my first trip to Paris. In the late ’90s I almost attended one of his concerts at the Stade de France stadium outside Paris.

Hallyday always seemed to be smoking unfiltered Gauloises cigarettes. If I had to spitball I would guess that he inhaled a bare minimum of 25,000 packs of Gauloises over a 60-year period, or a grand total of 1,500,000 cigarettes from his mid teens onward. At least. 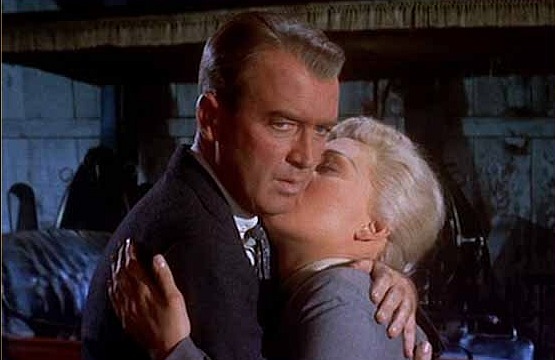 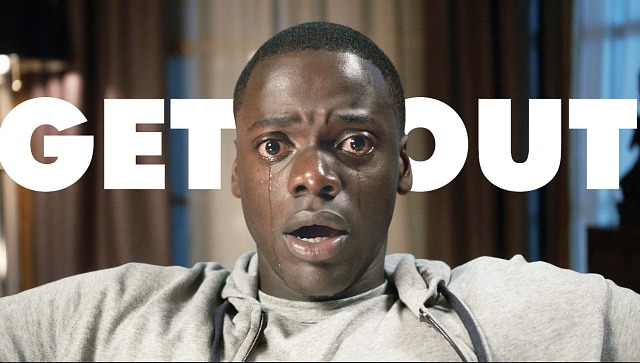 This refers, obviously, to the sexual abuse allegations that have been directed at Alabama Senatorial candidate Roy Moore. Earlier today Doug Jones, Moore’s Democratic opponent, said that “he did his part as a prosecutor to ensure that men who hurt little girls should go to jail and not the United States Senate.” Posted today by Washington Post editorial cartoonist Ann Telnaes. “Telnaes won the Pulitzer Prize in 2001 for her print cartoons and the National Cartoonists Society’s Reuben for Outstanding Cartoonist of the Year for 2016. Her first book, ‘Humor’s Edge’, was published by Pomegranate Press and the Library of Congress in 2004. A collection of Vice President Cheney cartoons, ‘Dick’, was self-published by Telnaes and Sara Thaves in 2006.” 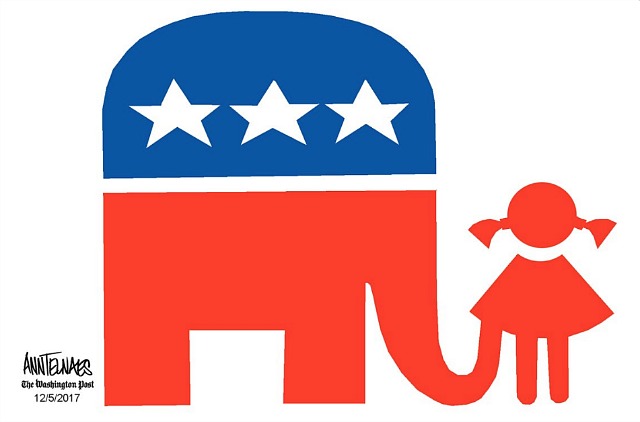 Last night director Bryan Singeraccused 20th Century Fox of callously refusing to give him time off to “deal with health issues of one of his parents.” This is the health issue that promoted Singer to leave the London set of Bohemian Rhapsody, the Queen biopic. Yesterday, after a reported three-day absence following the Thanksgiving holiday (not to mention reports of heated arguments with Freddie Mercury portrayer Rami Malek and others), Fox fired Singer off the film. Rhapsody was three weeks from completion when this happened. Singer had been shooting since last September.

I’m not an authority on force majeure clauses in talent contracts, but when a parent or loved one has died (or is on his/her deathbed) I know that basic decency has led to arrangements to permit a filmmaker to take a brief hiatus from a film being shot. At the same time a director or actor has to appreciate that the a movie can’t suspend filming indefinitely because of a personal tragedy or severe illness. It might be painful, but you have to get the job done.

If I were running 20th Century Fox and Singer had said to me, “I want to suspend filming for a week or two so I can attend to a sick parent,” I would probably say “Uhm, no…make it two or three days, max. I’m very sorry for your loss, Bryan, but a movie in production is a shark — it has to keep moving or it dies. And you are the owner of that shark. And I doubt if Napoleon Bonaparte would have taken a week or two off from a major military campaign if his mother or father had fallen ill. A motion picture production has to keep filming, has to keep moving. It can’t stop until it ends.”

Sony Pictures Classics assembled this Call My By Your Name trade ad overnight, composing it hours after Sunday’s Los Angeles Film Critics Association triple victory (trophies for Best Film and Best Actor, a shared Best Director prize). The accolades have been so voluminous the ad designers had to omit last week’s Gotham Award win for Best Feature Film. Golden Globe nominations will be announced on Monday, 12.11, with the awards themselves happening on 1.7.18. The National Society of Film Critics will vote on Saturday, 1.6. Oscar nom announcements are set for Tuesday, 1.23.