6 Comments
Trippingly on the Tongue

Last Monday I did a phoner with Cameron Crowe, the director-screenwriter who did double duty as producer and off-camera interviewer for A.J. Eaton‘s David Crosby: Remember My Name (Sony Pictures Classic, 7.19).

An interviewer usually knows if a q & a is going well while it’s happening. This was one of those occasions, but I realized later on it was a bit more. A nice conversation with a nice give-and-take flow.

HE: “This movie has an extraordinary candor factor. I’ve seen it three times, and you get the same contact high from listening to Crosby spill his guts, just spilling it all. It’s almost like a religious current. You say to yourself, ‘If Crosby can be this calmly candid about his failings, about his past…whom he used to be and who he is now…you say to yourself, ‘Gee, I’d like to go out and talk to my friends this way’…you know? I’d like to be this really candid, deeply honest person…it feels cleansing, you know?”

Crowe: “Totally, totally agree. Crosby just said something like that [during the junket], and I’d never heard him say it. Exactly what you said. It was just ‘get the load off me…just say it and get it out there’…and I’d never heard him say this but he said he felt lighter. That’s what I love about him. That kind of exposure. He said about the movie that it’s really hard to watch that guy. But on another level he’s getting off on the dump truck unloading his head.”

I’ve posted the above video two or three times, but look at it again. It happened in Park City after the film’s very first screening on 1.26.19. Crowe told me that when the film ended he wasn’t sure if Crosby would be angry or sullen or what. But the crowd melted him down.

At the 31-second mark the obviously shaken and humbled Crosby looks up, feels the applause and emotion, and leans back against the curtain as if to say, “I don’t know if I can even stand up after what I’ve just seen and been through, and what I’m feeling now.”

Crosby: “It’s about being fragile. And you know that a catharsis will take place. You’re watching your life, and you learn stuff, and I’ve been there.” At 1:18 he looks at Eaton with moisture in his eyes and says, “And it really caught me.” In response to which Eaton pats Crosby on the shoulder.

“At least twice I was gonna cry, and one time I did cry,” Crosby goes on. “And you guys did a good goddam job. And Eaton says, ‘No, you did a good job.” Crosby: “Very emotional. A lot of pain.” 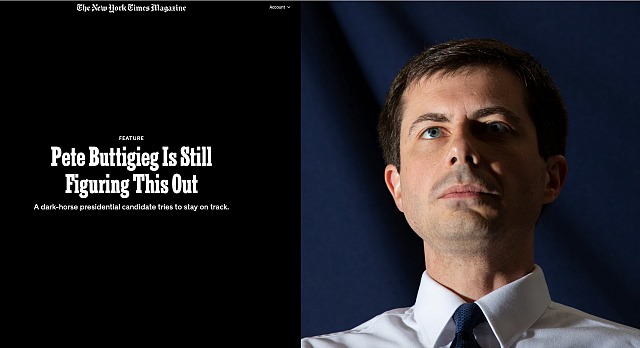 If you want a short, flavorful, totally on-the-money taste of what watching certain portions of David Crosby: Remember My Name may (or may not) feel like, please watch the below video. Produced by Rolling Stone and titled “Ask Croz,” it’s just four minutes and 24 seconds of Crosby answering fan questions. What makes it whoa-level is the naked, quietly scalding, take-it-or-leave-it honesty, which is almost always abundant from Crosby but in this instance is also present in the questions.

Like a 16 year-old girl asking about her fear of death and existential gloom. Or a person worrying about a family member, incarcerated on a “bullshit” drug charge, being able to handle prison life. Or a guy who’s angry about the fact that when he and a musician friend are competing for the same girl “she always goes home with him.” Or a general question about fundamental values and what it all feels like to have death patiently waiting on your doorstep.

I’ve said this over and over but it really is the shit, this film. A lion-in-winter reflection piece…hugely emotional, meditative…about the tough stuff and the hard rain, about hurt and addiction and rage and all but destroying your life, and then coming back semi-clean and semi-restored, but without any sentimentality or gooey bullshit. An old guy admitting to each and every failing of his life without the slightest attempt to rationalize or minimize. Straight, no chaser. And hugely cleansing for that.

This movie, I swear, delivers one of the best contact highs I’ve ever experienced. By the end it makes you feel lighter, less weighed down, even if you’re 18 or 37 or whatever. We all have stuff churning inside, and we all need catharsis. It’s very rare when a film offers you this for the mere price of admission.