“There’s sadness and tragedy within Slumdog Millionaire — starvation, genocide, child prostitution and overwhelming oppression — but there’s humor, humanity and dignity as well. [Director] Danny Boyle, stepping outside the UK to focus his lens on India, seems to have freed himself here to bring his brilliance as a director to its fullest fruition.
“Slumdog Millionaire is Boyle’s best film to date, which is saying quite a lot; He’s made a joyous, fun, and wonderfully accessible film that should play well in Toronto before moving on to wider release.” — from Kim Voynar‘s Cinematical review, posted this evening at 8:03 pm.
When is Variety‘s Todd McCarthy going to get around to posting his review of the Boyle film (which screened last night, after all) and Paul Schrader’s Adam Resurrected, which screened yesterday afternoon? And where, for that matter, are the reviews of same from L.A. Weekly critic Scott Foundas? Hubba-hubba, guys.

9.1 Update: The Sarah Palin “Babygate” thing is over. It turns out that Bristol Palin, the 17-year-old daughter of the Republican vice presidential candidate, is five months pregnant. It was certainly legitimate to ask questions given the reportedly curious circumstances of Trig Palin‘s birth last April plus the photos that provided no obvious indication that Sarah Palin was in a late-term pregnancy state prior to delivery. But it’s over now so forget it.

Every time I see a massive, shape-shifting dark gray storm cloud — a really big one, I mean — my mind always recalls those swirling God clouds above Charlton Heston during the red-sea parting in Cecil D. Demille’s The Ten Commandments. What a grotesque hypocrite DeMille was, and yet he had a great eye and the diligence and exactitude to make his films look just so. 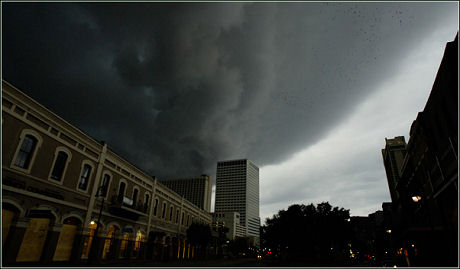 This Getty images photo from N.Y. Times was removed before I could copy the photographer’s name.
August 31, 2008 10:07 pmby Jeffrey Wells

The counter-current ‘s against Burn After Reading continues in this filing from the Venice Film Festival by Time‘s Richard Corliss: “The viewer’s fun, such as it is, comes from guessing where the movie is headed and why it’s going there. The ultimate question, from this admirer of virtually all the brothers’ work, from the early Blood Simple and Miller’s Crossing to their previous Clooney collaborations O, Brother, Where Art Thou? and Intolerable Cruelty, is a plaintive ‘what the heck kind of film is this?’
“As close to an answer as you’ll get here is that Burn After Reading is an essay in the cocoon of ignorance most of us live in. It pushes the old form of movie comedy — smart people saying clever things — into collision with today’s dominant model of slackers whose utterly unfounded egotism eventually worms its way into an audience’s indulgence. Which is to say that most of the people here seem like bright lights but are actually dim bulbs. They’re not falling-down stupid; they radiate the subtler variety of idiocy that can be mistaken for charm, decency or even brilliance.
But in the end, says Corliss, “the movie’s glacial affectlessness, its remove from all these subpar schemers, left me cold and perplexed.” 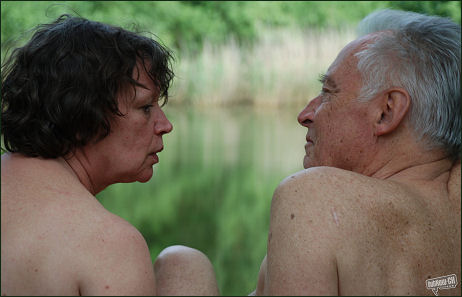 And so Olsen’s list leaves off Kiss Me Deadly, The Long Goodbye, Sunset Boulevard, In a Lonely Place, Point Blank, Bob, Carol, Ted and Alice, Play It As It Lays, Bloom in Love, No Down Payment, etc. What is the concept of “L.A. Film” without these? Olsen has done a good comprehensive job of summing up the ’80s, ’90s and 21st Century highlights — I’ll give him that.
“By creating the frame of the last 25 years, the idea was exactly to keep us from just rattling off Chinatown, Long Goodbye, etc.,” Olsen answers. “That list has been done. By sticking to the ‘modern classics’ or whatever you want to call them, we were trying to get at current representations of Los Angeles, what the town is now. The fact that, say, Fast Times or Blade Runner are forced off the list made us dig a little deeper and think a little harder. I, for one, think that’s a good thing.”

Whenever I’m thinking of buying something smallish and electronic (phone, laptop, digital camera), I always tend to favor devices that (a) weigh a bit more than the other units and (b) are either black or dark grey. (As I tend to hate silver except for Mac Powerbooks.) I realize it’s illogical, but there’s a little man inside who doesn’t like to pay money for anything that feels too lacking in molecular density. That’s why if were a high-tech manufacturer I would put tiny little weights inside my devices to make them seem more “substantial”…heh-heh.

The poll respondents include USA Today‘s Suzie Woz, Cinematical‘s James Rocchi and Kim Voynar, Movie City News‘ David Poland, Reel Views’ James Berardinelli, Variety and CinemaScope’s Robert Koehler, UC Santa Cruz film prof B. Ruby Rich, Monsters and Critics reviewer and MSN columnist Anne Brodie, Variety‘s Anne Thompson and myself.
Expressing interest in seeing Steven Soderbergh‘s Che epic, Brodie writes that it’ll be “keen to see how Soderbergh glamorizes a brutal mass murderer who became a symbol of peace.”
First, Che Guevara has never been a symbol of peace — he’s always been a symbol of ’60s revolution in all of its glam, up-against-it, colllege-wall-poster glory. Second, Guevara did, of course, oversee the executions of Batista loyalists following the Cuban revolution. However (and I’m not saying this to excuse the Cuban executions but to explain the thinking) you can’t have a pristine lawn unless you pull up the weeds and the dandelions. (Ask Chauncey Gardiner about that.)
On top of which I would imagine any spirited combatant would succumb to a payback attitude after winning a tough war against a vicious opponent. (News bulletin for Brodie: the pro-Batista forces fought in an extremely savage and un-cricket way against the shaggy scruffs led by Guevara and Fidel Castro.)
On top of which all leaders of all victorious revolutions and military campaigns (including George Washington, George Bush, Gen. George S. Patton, Julius Caesar, Pol Pot, Chou en Lai, Mao Zedong, Nikolai Lenin, Dwight D. Eisenhower, Ulysses S. Grant, Napoleon Bonaparte, Genghis Khan, Omar Bradley, Curtis LeMay, Gen. Douglas MacArthur, etc.) have either directly caused or given orders that led to the deaths of hundreds if not thousands of people, and not just among the enemy. War and revolution are not games of tiddly-winks.

Variety‘s Jay Weissberg, filing from the Venice Film Festival, has given the equivalent of a four-star review to Clair Denis‘ 35 Shots of Rum, which will begin to screen 5 days hence at the Toronto Film Festival. 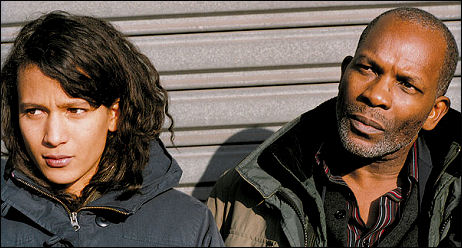 “The warmth radiating from 35 Shots of Rum smoother than the finest liquor, reminds viewers how rarely movies capture the easygoing love embodied in a functional family,” Weissberg writes, “with all its support and tenderness. Denis’ latest may appear whisper-thin on the surface, yet it’s marvelously profound, illuminating the love between a father and daughter but also highlighting the difficulty of relinquishing what most people spend a lifetime putting into place.
“This moving work, inexplicably outside Venice’s competition lineup, will need critical support to facilitate arthouse pickup.”

The former Sarah Heath — now Gov. Sarah Palin — doing sports reporting on Channel 2, KTUU-TV in Anchorage, in 1988. Watch this and you won’t hear a word — all you can do is look at her grotesque ’80s hair. Wasn’t this kind of thing passe by this point? Palin is wearing a late ’70s-early ’80s coif…no?

And by the way: yesterday afternoon Daily Kos writer Arc XIS (what’s that name supposed to mean?) posted a longish, circumstantially-supported, far-from-conclusive and yet intriguing piece postulating that Trig Paxson Van Palin, the Down Syndrome baby born to Palin last April, is not her son but her grandson. Just read it, read the linked articles, and tell me it doesn’t sound at least somewhat credible. As a theory, I mean. It’s certainly a head-scratcher. 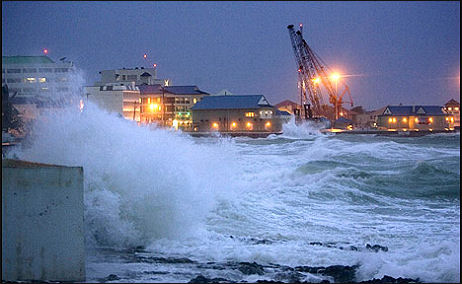