Baz Luhrman‘s Australia (20th Century Fox) will open down under on 11.13.08, and in this country on 11.26.08. No one I know has seen it yet, but two Australian cinemas are pre-selling tickets. One reports a duration of 170 minutes; the other reports 177 minutes. It hasn’t been officially rated or timed so both could be incorrect, but someone clearly knows something. 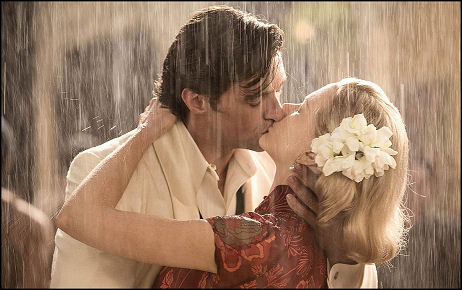 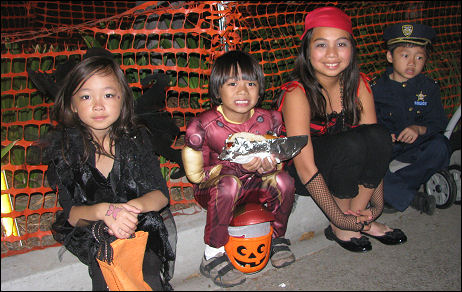 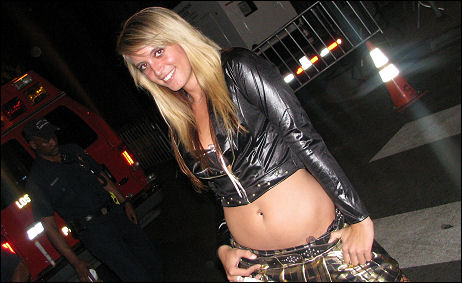 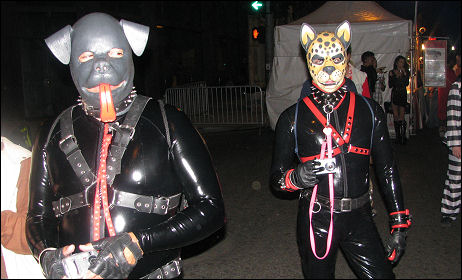 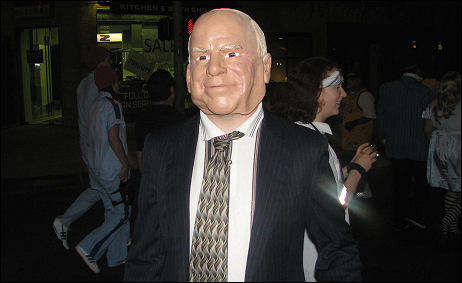 A “Conversations With History” talk with Studs Terkel, the Chicago-based author, columnist historian, actor, and broadcaster who was born in 1912, died earlier today. He told it straight and blunt and with great flavor, had done and seen incredible things, and came to know everything and meet almost everyone. A great man, a great life. What it must have been to have been 18 years old at the start of the depression, and what a great book he wrote from it — Hard Times, published in 1970.

The traffic around West Hollywood is murder due to Santa Monica Blvd. having been shut down for tonight’s Halloween festivities. I was in car hell for over two hours because of this. I recognize that the West Hollywood Highway Patrolmen didn’t stop traffic just to mess with me alone, but it was nonetheless awful. I guess I’ll wander around tonight and take pictures. 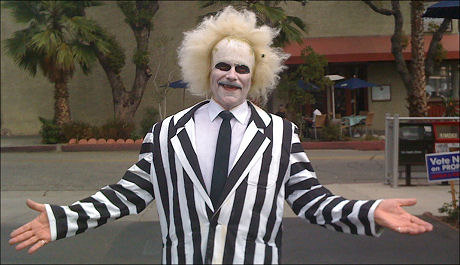 I love checking in on Vulture’s “Oscar Futures” chart every Friday, despite always having disagreements with one or two calls. That Gran Torino trailer, for example, hasn’t translated into a down-arrow cycle in my realm or that of anyone else I know. I disagree also with their Anne Hathaway judgment, although I chuckled at the sly way they try to stick it to her: “This category is getting pretty competitive,” they write offhandedly. “Was [Hathaway] really as good as everybody thought two weeks ago?”

“Love has a nasty habit of disappearing overnight.” — Paul McCartney, “I’m Looking Through You,” Rubber Soul.

Achtung — Spoiler Warning!: New York critic David Edelstein today described the documentary Dear Zachary as “another dead-child saga, among the most enraging I’ve ever seen, and while it’s fine and heartfelt and I commend it to those of you with strong constitutions, it is the film that has finally broken me. Folks, I can’t take this anymore. I know children suffer and die in this cruel world; I know we can never be too vigilant on their behalf. But the number of movies [with this theme] is simply disproportionate.

“Come awards season, dead children seem to factor in every other prestige picture, immeasurably ratcheting up their emotional stakes. In the past weeks, we’ve had Rachel Getting Married (which earns its anguish), Changeling (which doesn’t), I’ve Loved You So Long (a psychological striptease with a cheat ending), The Boy in the Striped Pajamas (dead children plus the Holocaust); and, as I write, I see on my desk a DVD of this year’s Israeli drama My Father, My Lord — six-sevenths of which is subtle and poetic, until the boy protagonist ventures into the surf while his strict Orthodox rabbi father is too busy davening to look up.”

I won’t be saying anything about Doubt until the end of next week or thereabouts, but the big acting revelation for me and several others I spoke to at last night’s AFI Fest screening is the supporting performance by Viola Davis, who plays the mother of one of the students in an urban Catholic school. She absolutely kills in one very intense scene with costar Meryl Streep, and I can’t even find an online photo of her performing in this scene. Davis goes to the front of the line in the Oscar Balloon right now, dammit. 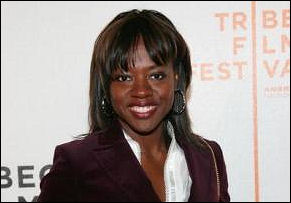 Fandango’s Harry Medved has sent out a release about vigorous advance ticket sales for Twilight (Summit, 11.21). According to a “current Fandango survey of over 5000 moviegoers interested in buying Twilight tickets,” (a) 95% of the respondents are female, and roughly 58% of these are under-25; (b) 92% of respondents say they’ll see Twilight on opening weekend (duhhh), and (c) 85% say they plan to see the film more than once. Can you imagine sitting next to a group of under-25 women who’ve just seen Twilight in a bar after they’ve all had two glasses of wine? The giggling, the shrieking…good God.

This 10.27 Celeb Bitch post — four days ago! — appears to confirm that Seth Rogen has indeed slimmed down big-time for filming on Stephen Chow‘s The Green Hornet, which Rogen and Evan Goldberg are co-writing. He’ll revert back to his au natural form after shooting ends, of course. I knew guys who looked like Rogen when I was in my 20s, and now they look like sumo wrestlers with a drinking problem. 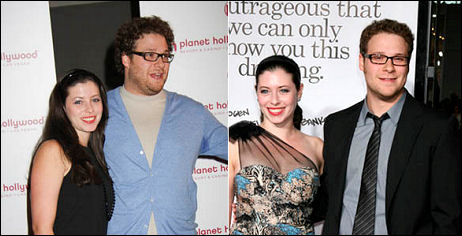