55 Comments
Swan In My Soul

I heard Black Swan at tonight’s Zeigeld premiere screening like never before. The big-screen speakers blasted and trumpeted Pyotr Ilyich Tchaikovsky, lifting me up and over and out…fuhgedaboutit. It was my third viewing of Black Swan, and I was blown away yet again…over the falls. This film is a masterwork, a symphony, and 97% of the ticket-buying audience will never appreciate how great it can sound and feel because they’ll be seeing it at some shitty-ass megaplex with the sound turned down so the theatre owner can save on maintenance. 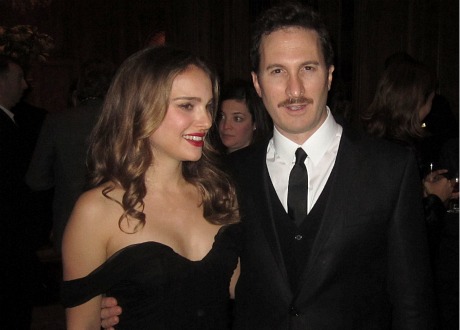 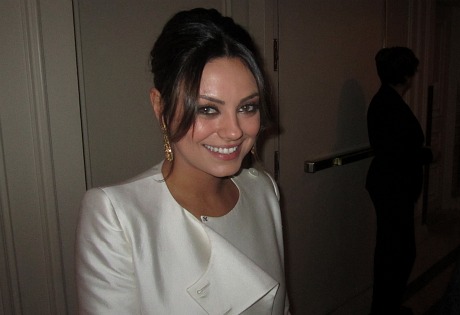 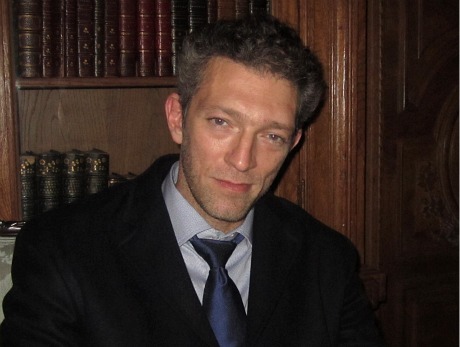 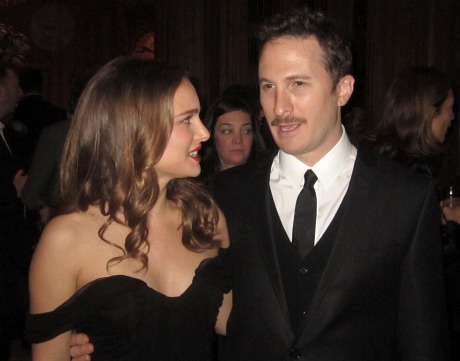 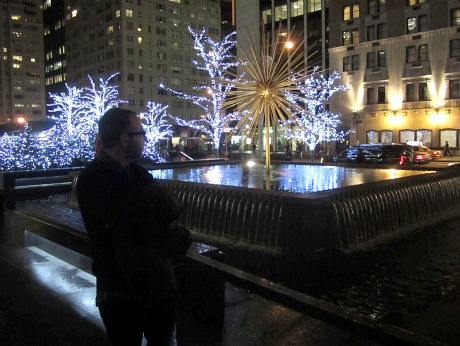 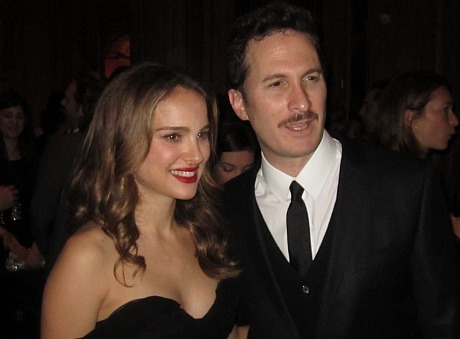 Scott Feinberg has just posted a 45-minute interview “with one of the more colorful characters in this year’s awards race, Social Network costar and Best Supporting Actor contender Justin Timberlake. It’s one of his first, if not his first, long-form interview this awards season, and I learned a lot from it about Justin and his performance.”

They do a piece about falling down and they don’t include Vivien Leigh‘s radish scene in Gone With The Wind? The look on that boxer’s face when he gets up doesn’t exactly say “I’m ready to fight again!” It says, “Whoa, I gotta fight that guy again?…shit.” I’m glad for General Motors employees who still have jobs and are feeding their families, but I see that GM logo and something goes cold inside. Top-dog GM executives can rot in hell, no offense.

It’s been one of those frenetic mornings. A lot of calling about something I’ve decided not to run for the time being. Tapping out some rough reactions to True Grit. Some back and forth about the Sundance ’11 condo. And preparing for the two big events of the day — a Kids Are All Right schmooze thing in Chelsea, and then the big Black Swan premiere and after-party tonight. The long and the short is that I have to do a time-out for two or three hours.

Michael Mann has so far made one serious failure, and that was (and is) The Keep. I saw it once 27 years ago, and that was sufficient. And yet some, I realize, feel it’s a little better than that. Not that anyone’s had much of a chance to give it another viewing. The Keep isn’t available on DVD or Bluray, but it’s now available through Netflix Streaming. 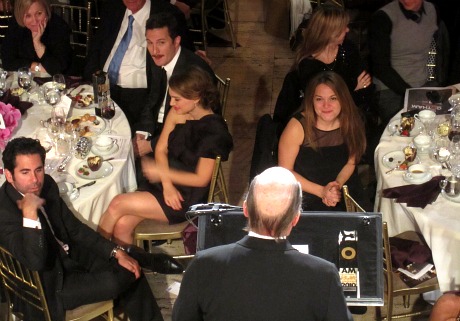 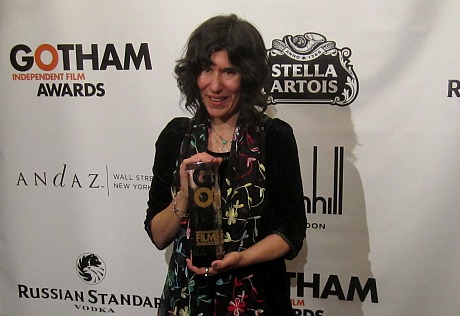 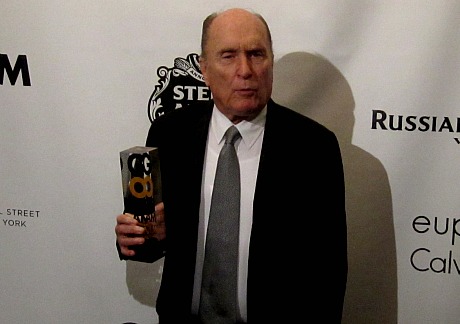 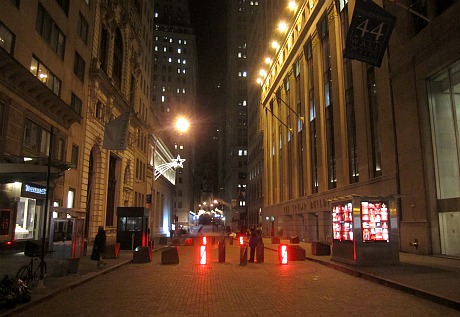 Irvin Kershner “seemed amused when I told him that, when I first saw Loving back when I was in college, I really didn’t care much for it because I couldn’t relate to its melancholy story about a guy who was beginning to worry that he’d taken a wrong turn somewhere in his career – and, worse, in his life – and worried whether it was already too late to turn back,” Moving Picture Blog‘s Joe Leydon wrote yesterday.

“But when I watched the movie again 15 years later — and this is the part that Kershner really enjoyed hearing — it was much, much easier for me to relate to the lead character, and to appreciate the spot-on accuracy of the movie’s insightful observations. I probably should take another look at Loving – if only to salute Kershner – but, frankly, I’m afraid I now might find it even more relevant.”

Loving is a film close to my past life, in a sense. It’s set in the commuting world between Manhattan and Westport, Connecticut, which I knew from having gone to high school in nearby Wilton and lived in Westport in ’76 and ’77.

Segal plays a successful art-director ad guy who feels he may have made a mistake in opting for marriage, kids and suburban domesticity. He feels creatively trapped, hemmed in. Cold as this sounds, a part of him wants to leave it all and start over again. Partly, you can sense, because Segal is aroused by the socially tumultuous times and, on the cusp of his 40s, he wants to savor the fruits before it’s too late. Loving is famous for its tragically farcical ending with Segal and a friend’s wife getting busted for infidelity by a security video camera during a Westport party. A crowd of revelers (including Saint) are watching the show from the main house.

Am I allowed to say…? Naah, forget it. I was going to say while I found Leslie Neilsen‘s original Airplane performance amusing, I never laughed. At most I chuckled. Chortled? Neilsen obviously hasd that deadpan-manner thing down pat. Tens of millions (including Keith Olbermann) loved him for that. It made him into a comic legend in the realm of…well, his own. But let’s not go overboard.

For me “funny” Neilsen was a one-trick pony. He delivered the same clever but thin vibe, over and over. Serious, pre-Airplane Neilsen, however, was another matter. Watch him closely and you can almost (almost, I say) sense his loathing for some of the dialogue he was obliged to say. As David Zucker said in an 11.29 Hollywood Reporter tribute piece, he and Airplane partners Jerry Zucker and Jim Abrahams thought “serious” Neilsen “was hysterical…when we watched those movies, we laughed.”

And yet twelve years ago David Zucker was asked by an AV Club interviewer if it’s “frustrating” to see Nielsen regarded worldwide as a comic genius. “Well, yeah,” Zucker replied, because “everything guys like Leslie Nielsen say and do onscreen is put in from backstage. Everything’s being controlled from Houston. He doesn’t even flick a switch. He’s just up there in the capsule, and all he can do is act.

“All you have to do is watch him in anything else — Mr. Magoo or Repossessed. You know, all these people think, you know, Leslie Nielsen, that guy’s funny! Let’s get him for our movie! And then they have him trying to be funny, but he needs good jokes.” 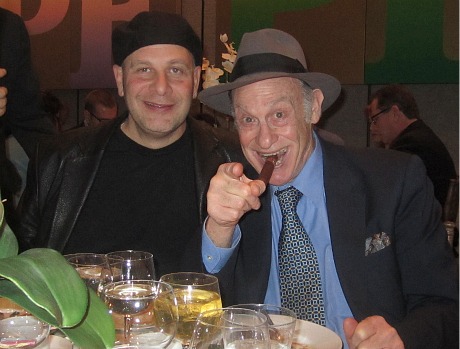 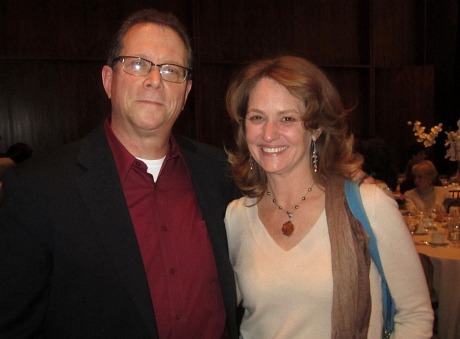 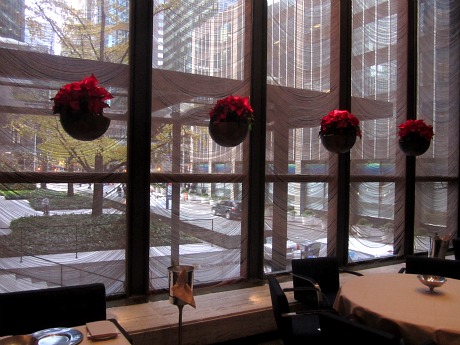 If it turns out to be true, James Franco‘s Oscar co-hosting gig will probably kill his shot at being a Best Actor nominee for his performance in 127 Hours. Just as Tom Hanks once said “there’s no crying in baseball!,” you can also say “the Oscar telecast host can’t win the Best Actor Oscar! You can’t straddle lanes like that…no! If he’s the co-host, fine. And he’s a Best Actor nominee, fine. But you can’t do both.”

Nikki Finke is reporting that she “just learned that the Academy of Motion Picture Arts & Sciences has asked James Franco and Anne Hathaway to host the Academy Awards, and it ‘looks like’ both young stars have accepted the offer. 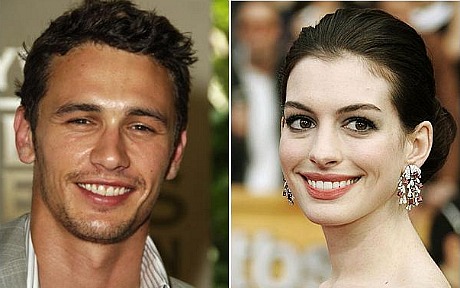 “There is always the chance that one or both of them might back out because of prior commitments and other concerns,” Finke adds, “But my sources say the host announcement could be made as soon as this week.”

Excuse me and due respect, but this is close to ridiculous. These guys would be great for hosting the MTV Awards, maybe, but they’re not skilled or funny or pizazzy enough to handle the Oscars. What are the producers thinking? Ratings, I know, but every good Oscar host needs a little Lenny Bruce running through his/her veins, and Franco and Hathaway, trust me, do not have that quality — it’s not in them.

Franco and Hathaway are cool and gifted and sensitive, certainly, but they don’t have that command-of-the-spotlight, look-at-me and then fucking-listen-to-me quality. This is the worst Oscar hosting idea since…when?

I was told two things yesterday about True Grit. One, that it’s a surprisingly emotional film (i.e., surprisingly for the Coen brothers, that is). And two, that while Jeff Bridges‘s Rooster Cogburn performance is crackling and robust, Matt Damon “almost steals the show”in the Glenn Campbell role, and that he’s suddenly looking like a possible Best Supporting Actor nominee.