Support on Patreon Follow @wellshwood
47 Comments
No, No…Wake Up

Academy voters are basically sheep — a herd. The shepherd just has to show control and point the way, and unless his/her suggestion is nonsensical and/or unwise almost all of the sheep will follow. The shepherd (i.e., Paramount marketing) has made it clear that True Grit‘s Hailee Steinfeld is a Best Supporting Actress contender. That’s because her fiercely intelligent performance can’t overpower a basic human tendency to regard 14 year-olds as entertaining but marginal figures. The only choice, obviously, is the Best Supporting Actress route. It doesn’t matter how large or central her role is — she’s 14.

To hell with the Keisha Castle Hughes precedent pointed out by Scott Feinberg. That was then, True Grit ain’t Whale Rider, etc.

Steinfeld having received Best Supporting Actress nominations from the Broadcast Film Critics Association and the Screen Actors Guild Award settles it. Whatever the Hollywood Foreign Press kumquats did or didn’t do means nothing.

On top of which it would it would be wrong, wrong, wrong if Steinfeld (whose spirited and highly willful Mattie Ross, don’t get me wrong, is a complete delight) were to push aside Blue Valentine‘s Michelle Williams, as EW‘s Dave Karger has reported, because “some voters I’ve talked to are turned off by the film’s darkness.” (AMPAS Newsflash: films about the breakup of marriages are only dark if they’re doleful and depressing and covered in fake-behavior sauce, which Blue Valentine clearly is not.) And while I’ve disagreed with Sony Classics decision to push Another Year‘s Lesley Manville in supporting category, she still gave the performance that she gave, and anyone who’s still talking about sending her to the showers because “not everyone has even seen that late-year release”….c’mon! At this late date?

And Coming Soon‘s Ed Douglas (who was completely blind on the Lesley Manville issue, claiming that she had to be a Best Actress contender because the size and depth of the role demanded it) is wrong also. There’s no basis for category confusion with Steinfeld. The HFPA is composed of marginal whores and their opinion means nothing — they simply provide a popular TV show. But Douglas is right about one thing: “The lead actress category is already fairly jam-packed, [so] there’s a good chance Steinfeld will get snubbed [in that category] despite having a SAG nomination precursor.”

Feinberg notes that 15 first-timers have been nominated for Best Actress, but the only kid who made it was Whale Rider‘s Keisha Castle Hughes, and that performance was extra-extraordinary, I believe, due to Whale Rider touching people on much deeper and more primal level than True Grit, no offense.

First came this, and then this (around the 1:40 mark) and now this.

Anne Francis, an actress of the ’50s and ’60s who knew all about mascara and pizazz, passed on yesterday at an assisted living facility in Santa Barbara. Forbidden Planet, Blackboard Jungle, The Hired Gun, The Crowded Sky, etc. But who ever saw The Girl of the Night (’60)? One of her sassiest, most come-hither supporting performances was in John Sturges‘ Bad Day at Black Rock (’55).

Dennis Lim‘s dismissive little dissertation about the campy nature of Darren Aronofsky‘s Black Swan (“Is it anti-camp? Post-camp? Failed camp?”) expresses so completely what I despise about the ingrown toenail culture of too-cool-for-school film critics. It was posted on Slate on 12.29, but I only read it yesterday.

Aronofsky has made a ballet film with a ballet-performance and ballet-production attitude — gasping, highly theatrical, consumed, emotionally grandiose, contorted, half-hysterical — and with a clearly stated intention to echo the story of “Swan Lake.” What is there to misunderstand? It’s not calculus. Everything in the film is plain as day and yet arch and heightened and horror-film screwy, and all of a piece in a sort of mad-Polanski way. Either you levitate or you don’t.

I can just imagine Lim watching it in a theatre with a sour-faced, scrunched-up expression and wondering whether to call it “a dubious milestone in the mainstreaming of camp” or to state that it lacks the “tenderness” of camp, or to write “eew, what kind of camp is it? Is it ‘camp in quotation marks’ or ‘camp about camp’?” Or maybe to write all of this and go from there.

“Hardly naive and in no way coded,” Black Swan “is willful, overt, strenuous,” he writes. “It’s a high-profile movie that strains for respectability, a barefaced Oscar grab. Despite some diva catfights and lesbian sex, there’s not a queer bone in its body: Its derisive view of female ambition, its crude linking of art and madness, and the leering frenzy of its girl-on-girl fantasies are as familiar and banal — as straight — as can be.” [The italics are Lim’s.]

Vimeo is hosting a report from London’s ITV on Jamie Stuart‘s Idiot With A Tripod. Stuart has also launched a special Idiot page on his Mutiny Company site. The Oscar producers should hire Stuart to capture the preparation for the big show (meetings, rehearsals) and the concurrent boola-boola around Los Angeles, and then run his video on the AMPAS site as a year-round promotional thing. 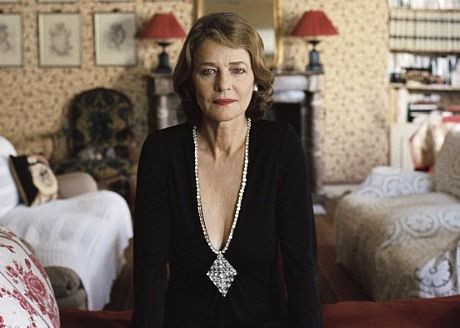 Charlotte Rampling in a still from All About Actresses.
January 3, 2011 12:07 pmby Jeffrey Wells
22 Comments
Oscar Poker #14

Our little weekly podcast is now three and a half months old! New Year’s reflections (including the fact that I hate New Year’s Eve), True Grit inspections, Black Swan ‘s wack factor (and the $47 million gross so far), and a pop-quiz review of some of the films expected to be the hottest Oscar contenders of 2011. Here’s a non-iTunes link. 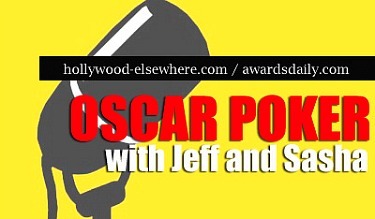 Several Wrap staffers have compiled a list of of 11 hot attractions/events in 2011. With the exception of Terrence Malick‘s The Tree of LIfe , the films they’ve chosen to highlight are enough to make anyone jump out of a 17th-floor window — Zack Snyder‘s Sucker Punch, fucking Thor, Pirates of the Caribbean: On Stranger Tides, Hangover 2, Green Lantern, Captain America: The First Avenger, Transformers 3, Cowboys & Aliens, the latest X-Men and the last Harry Potter flick. Oh, and they’re really excited about Snyder’s Superman movie, and the coming double dose of Steven Spielberg — Tintin and War Horse.

27 Comments
"Anne? Punch Me In The Face"

On 12.27 the Online Film Critics Society announced that Darren Aronofsky‘s Black Swan had gathered seven nominations, or more than any other contender. This hinted at the possibility of Swan also winning OFCS awards above and beyond the expected Natalie Portman win for Best Actress. Perhaps a Best Director win for Darren Aronofsky? Or a Best Picture trophy? I for one was ready and eager for something different to happen…please.

It ain’t the revenues as much as the number of bodies passing through the turnstiles. And the reality, as reported by USA Today‘s Scott Bowles, is that 2010 wasn’t a very good year in this respect. 1.35 billion tickets were sold — the smallest tally in 14 years, or since 1.33 billion were sold in 1996. The headline over Bowles’ story calls 2010 “dismal,” in fact.

Of course, the option of watching films on demand or via online streaming, or resorting to illegal downloads, or people deciding to wait for the Bluray/DVD is where some of the lost theatrical take has gone. There’s also the fact that the big chains play lowest-common-denomiunator Eloi crap 85% to 90% of the time, and that the picture-and-sound quality of the theatrical experience at many if not most megaplexes doesn’t measure up to a good home-theatre system with Bluray and amplified sound.

Bowles’ statistics came from a just-released study by Hollywood.com. 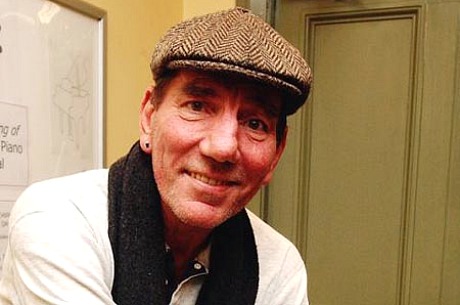