“Is there a secret language school where they teach under-35 women to converse in mallspeak with the exact same reedy, mincing, me-me tones?” — tweeted from JFK before my Virgin America LA flight took off.

“I disliked Prometheus intensely,” writes “Subashini” in a 6.23 post on the Blog of Disquiet. “I do think that having acrimonious feelings towards the film is the actual point — the film seems to be a stand-in for a certain segment of humanity and its imperialist, ruinous ambitions, though like most films coming out of Hollywood this seems to coexist with its appreciation of capital, technology, and involuntary/reproductive labour.

“That in itself doesn’t make it inherently unlikeable, not at all. But as Susan Sontag wrote in ‘The Imagination of Disaster,’ ‘Science fiction films invite a dispassionate, aesthetic view of destruction and violence — a technological view,” and perhaps it’s the nihilist technological determinism of Prometheus that is inherently unsettling. Perhaps it’s this utter lack of meaning in the movie that is its meaning, and consequently the source of my loathing. Maybe a part of me just wants machines and people to get along? I’m not sure.”

I know this for sure: I will never, ever watch this movie again. They can send me a free Bluray and I’ll give it to someone who might appreciate it.

As I wrote on 6.1.12: “Prometheus is impressively composed and colder than a witch’s boob in Siberia — a forbidding gray film about howling winds and chilly people. It’s visually striking, spiritually frigid, emotionally unengaging, at times intriguing but never fascinating. It’s technically impressive, of course — what else would you expect from an expensive Scott sci-fier? And the scary stuff takes hold in the final third. But it delivers an unsatisfying story that leaves you…uhm, cold.”

Also: “What kind of space-voyage movie has on-board officers walking around in flip-flops and sandals? All space travellers in all the space-travel movies going back to George Melies‘ A Trip to the Moon have worn boots or lace-ups or anti-gravitational grip shoes or whatever. Sandals! My heart sank when Michael Fassbender made his entrance with his milky Irish man-toes…don’t get me started.”

I apologize for omitting Ben Lewin‘s The Sessions (i.e., formerly Six Sessions, and before that The Surrogate) in my initial posting of my best-of-2012 piece, which I called “Half-Time.” I’ve since corrected the error. Fox Searchlight will release this highly praised acquisition (for which they paid $6 million) on 10.26.12.

“And John Hawkes, as a quadriplegic invalid who hires a sex therapist to cure his virginity, will almost certainly get some awa

18 Comments
Finally Let Him In

The man is a veteran who’s paid his dues several times over and is now into his seventh decade of life on the planet…and the Academy of Motion Pictures Arts & Sciences has only just granted him membership? I understand that you have to apply and that you need a sponsor or two. Maybe Berenger never applied, but why wouldn’t he have? He knows this town and that membership couldn’t hurt and could possibly help his career, so what kind of moron do you have to be to say “naaahh, I don’t want to join”? So if he did apply before, why would Academy gate-keepers turn him down? It just seems weird. The overwhelming majority of those recently granted membership are people who broke through within the last ten years or less.

Wait…is it because he’s politically conservative or something? I don’t know anything but that kind of thing can be a stopper.

The odd thing about Berenger is that he’s allegedly declared that his favorite feature of those he’s starred in was Gettysburg, in which he played Gen. James Longstreet. That movie has stayed in my mind for one reason only — bad beards. I would say that the beards in that film were ludicrous — they looked woven out of yak hair.

Magic Mike did around $18 million on Friday, and is forecasting $47 million by Sunday night — much higher than expected. And Seth McFarlane‘s Ted, the Mark Wahlberg teddy-bear movie which I saw tonight and was more or less okay with, is expected to do a little over $50 million by Sunday night. All the hot-dog-eating, ESPN-watching guys who wouldn’t be caught dead seeing Mike went to Ted — it’s that simple.

Mike got a B from CinemaScore respondents — i.e., it didn’t get an A because some felt that it would’ve been a little better if it had less character stuff and was glossier-looking (“What was up with the orange-y color?”) and cheaper and sillier with dumb jokes.

For whatever reason the following exchange, which happened at a party in London’s Soho district sometime in early December 1980, has never left my memory. It was a really great gathering, thrown (or so I recall) by Time Out magazine. It was crowded and everyone was half bombed and the music had a great tribal drum thing going on. This is how it went:

Me: Who are we listening to?

Me: (shouting in his ear) Who’s playing?

Three or four days earlier I had been woken up at a place I was staying in Stockwell with the news that John Lennon was dead. I was over there to do a GQ profile interview with Peter O’Toole. O’Toole wasn’t very receptive at first, but it eventually happened and the piece turned out fine. 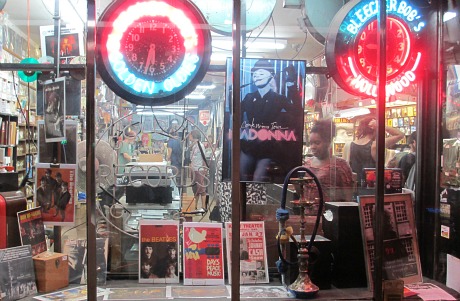 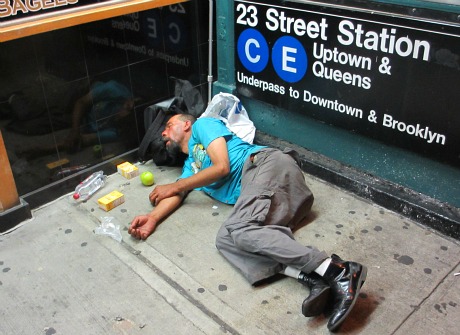 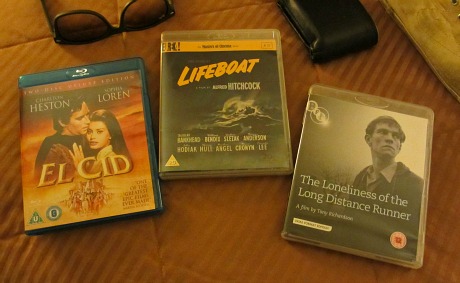 That’s a ’70s Lina Wertmuller film, right? Giancarlo Giannini, just back from a two-month stay in Europe, arrives in a sticky, sweltering Manhattan. Doesn’t feel too badly, walks around, buys Lifeboat Bluray, writes about Tomkat. Checks into nice air-conditioned Chinatown hotel around 2 or 3 pm, goes upstairs for a 90-minute nap. Wakes up at 10:15 pm…whuh?…and comes to a depressing realization that falling asleep again within the next several hours is gonna be a bitch.

Relationship-wise Tom Cruise isn’t much of a stayer, but then who is? Most couples last five to ten years, longer if they have kids. Cruise’s relationships have mostly tended to last three to six years. Rebecca DeMornay, ’83 to ’85, was the shortest but they were both young. Mimi Rogers was just under three years (May ’87 to February ’90). Cruise’s one long-term relationship was with Nicole Kidman, lasting just over 10 years from ’90 to ’01. Penelope Cruise was…what, two and half or three years, ’01 to ’04? And now the Katie Holmes marriage is toast after six…okay, seven years if you count courtship.

Tom and Katie have a daughter together, Suri, and she’ll be the basis of their post-marital bond for the rest of their lives. It’s no biggie. We all move on, renew, find new oil, rebuild, join new health clubs, re-finance, re-adapt.

I’ll give you $100 if any European property owner who isn’t a drug addict, an alcoholic or saddled with mental issues has a backyard like this. But this is more or less par for the course in Bedford-Stuyvesant, the Brooklyn neighborhood that reeks of degeneracy and fatalism and anti-social asshole teenagers and a lack of soap and regular toothbrushing and deodorant and decent take-out food. 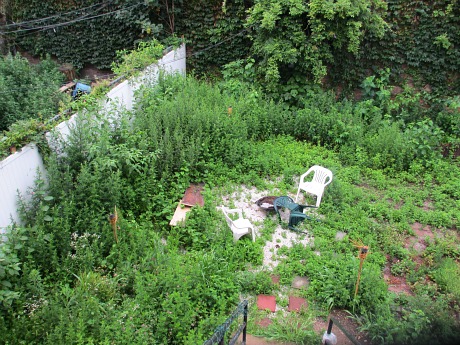 I waited 45 minutes to get my passport stamped last night — me and 260 others being served by three shlubby guys. “Look at this way — at least there won’t be any waiting for the luggage,” I said to a guy I’d been on the same jet with. A 45-minute wait would never happen in Europe. There are lines, of course, but nobody waits that long for something as simple as a passport stamp.

The bottom line is that no system in Europe is quite as pathetic as New York City’s — their pride and respect for others won’t allow it. I love the really cool parts of this town as much as anyone else, but you don’t want to fly back from a really nice burgh like Munich and be suddenly wrestling with this wheezy, borough-accented, under-air-conditioned armpit of a town. It’s like “what“? They live better over there. They really do.

I realize that “Green Leaves of Summer,” which sounds tedious and Godawful in this Brothers Four version, was used in Quentin Tarantino‘s Inglourious Basterds. I just don’t remember the scene…nothing. But this — this! — is good. Name the source of this track and the composer.