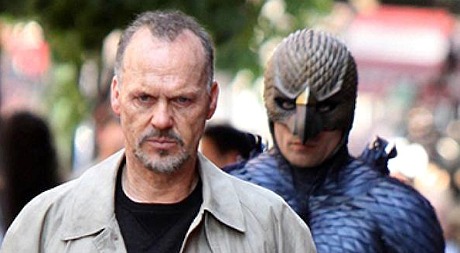 The Gurus of Gold have spitballed their initial Best Picture predictions. The favorites are as follows: Birdman, Boyhood, Unbroken, Foxcatcher, Selma, Interstellar, Wild, Fury, Inherent Vice, The Theory of Everything, The Imitation Game, The Grand Budapest Hotel, Into the Woods, American Sniper, A Most Violent Year, Big Eyes, Mr. Turner, Exodus: Gods and kings, Men, Women & Children, St. Vincent, Rosewater, Trash. The ultimate hotties always (a) hold up a fair, honest mirror of some kind, (b) simultaneously comfort and challenge, and (c) say “this is who we are, could be, used to be or need to be.” I’m sensing that the standouts will be Birdman, Interstellar, Wild, Into The Woods, either Unbroken or The Theory of Everything but not both, and at least one of the violent male-realm dramas — A Most Violent Year, Fury, American Sniper. I don’t know what to expect from Selma — I just hope it’s thorough and nervy. Gone Girl is aiming to be what it needs to be and that’s all. It won’t be Unbroken vs. Fury (Angie vs. Brad working with World War II tales and settings) as much as Unbroken vs. The Theory of Everything (i.e., the hero fires up, goes through hell, endures, transcends a bit). Wild will sink or swim based not on the difficulty of Reese Witherspoon‘s long solo hike, but the angle and the color of the people she runs into. That’s enough for now. I still say the best films I’ve seen this year are Leviathan and Wild Tales.

Last night I tried to explain my sense of frustration about The Leftovers to a guy pretending to be Damon Lindelof, the co-creator of the HBO series. I wasn’t as articulate as I could have been because I posted my thoughts on Twitter rather than in an e-mail. But I made a few points that added up to something, I think. And then the fake Lindelof tried to blow me off or at least denigrate what I was trying to say by addressing me as “Ma’am.” He did so, he later said, because I reminded him of his aunt. But the conversation had merit nonetheless because I meant what I said.

I tried to say that it’s always seemed to me that there’s a huge empty hole in the middle of The Leftovers, and this is due to an absence of awe and wonder on the part of just about everyone in the series, both in front of and behind the camera.

A cosmic event of extraordinary significance has occured three years before the series begins, and in the wake of the disappearance of 2% of the world’s population, it seem as if everyone in The Leftovers is saying “Wow, we didn’t get chosen…that’s fucked up…this feels bad…I guess we’re all spirituallly deficient on some level…shit.” And yet no one is saying “Wow, the religious wackos were right all along! There is a God and a heaven and a scheme of some kind…what a mindblower! Bill Maher and Woody Allen and all the great existential philosophers were wrong all along, and…well, even if some of us don’t wind up in paradise, at least we know for the first time in the history of humanity that there really is a plan and a scheme and some kind of order to things. The term intelligent design is no longer a right-wing slogan. It’s obviously real and serious as a heart attack.”

It’s been alleged that this romantic cell-phone conversation may contain a recording of officer Darren Wilson shooting Michael Brown on August 9th in Ferguson. Eleven rounds — a burst of seven, a pause and then another shot, and then three more. One presumes that the guy firing the weapon, whoever it might be, is either missing a lot (Brown was hit six times) or he has some reason to believe that only one or two shots wasn’t accomplishing the objective. If this is in fact a recording of the Ferguson shooting, something had apparently persuaded Wilson to keep firing like crazy. That or he was just a panicking fool who had no self-control. Mr. Smoothie to object of affection: “You are pretty…you’re so fine…just goin’ over some of your viddies…how could I forget?”

Debuting on HBO on 9.15, Dan Reed‘s Terror at the Mall is a one-hour doc about the Islamic terrorist attack on Nairobi’s Westgate shopping mall on 9.21.13. It appears to be half talking heads and half security-cam footage, which is apparently quite extensive. If there’s enough coverage and the cutting is skilled enough it could play like Lars von Trier‘s Dancer in the Dark, which used dozens upon dozens of fixed video cameras. The four-day Nairobi siege resulted in 67 deaths (including four bad guys) and over 175 people wounded. The Islamist group al-Shabaab claimed responsibility, etc. As I leave for Telluride early Thursday morning I’ll have to snag a screener of this tomorrow without fail. That or a private Vimeo link.

In a 7.26 ComicCon story I noted that Henry Cavill, who plays Superman in Man of Steel and the currently-rolling Batman vs. Superman: Dawn of Justice, almost looked like Ernest Borgnine in Bad Day at Black Rock. And now I’ve noticed something else about Cavill in this just-posted ALS Ice-Water video [below] with Amy Adams. Something about his appearance has changed since he appeared in Man of Steel but what? I can’t quite put my finger on it. Seriously, the 31 year-old Cavill seems to be experiencing what Sean Connery began to go through when he was 31. Connery had some slight augmentation (scalp spray, etc.) during the filming of Dr. No and From Russia With Love. He wore his first serious rug in Goldfinger. 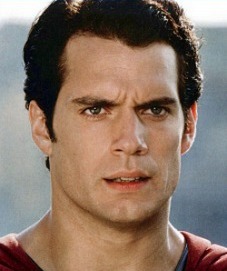 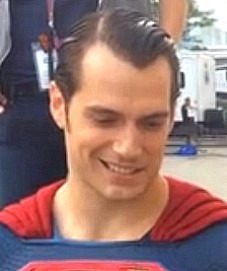 (l.) Henry Cavill in 2013’s Man of Steels; (r.) Cavill on set of currently-rolling Batman vs. Superman: Dawn of Justice. 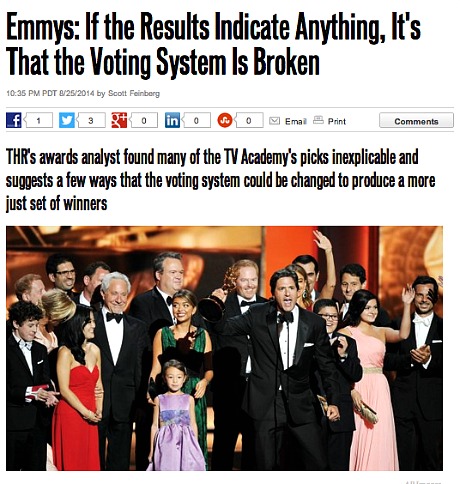 The 48 year-old guy who refused to remove a knee-defender device on a United Newark to Denver flight two days ago is to be applauded. Seriously — he is a man of iron. If more coach passengers would use these devices the coach assholes who feel it’s their right to recline might reconsider. The 48 year-old woman sitting in front of Knee-Defender Guy was, of course, unable to recline her seat, and so she threw a cup of water in his face. (This was a reversal of the standard HE policy for dealing with seat recliners — i.e., if someone reclines you “accidentally” spill a Coke or a cup of coffee on their head.) The conflict was snarly enough that the United flight landed in Chicago and the two combatants were tossed. Gawker‘s Jay Hathaway has it wrong, of course. This wasn’t a fight between “two entitled dicks.” The woman was the dick. Knee-Defender Guy is a hero.

A nice pocket-drop tribute — settled, sad, right on the money. And then a very slight letdown when those clips that were played over and over in the immediate wake of Williams’ passing (Shakespeare riff on the Johnny Carson Tonight Show, pink shawl riff during Actors Studio visit) are shown yet again.

I want to savor this film so badly I can taste it. I want to see it so badly that I don’t want any more lines or moments spoiled by trailers. This is enough. Really. I know I’m dreaming. 20th Century Fox marketing is going to saturate the world with at least one more full-boat trailer during September. Which is why I wish I could see Gone Girl this week (i.e., tomorrow or Wednesday), the whole thing in a quiet Fox lot screening room during the late afternoon. God, I love that “Labor Day is right around the corner” feeling. 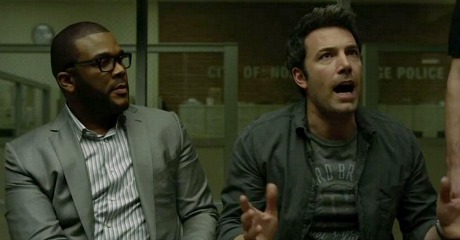