Having been fully mesmerized by the Roundabout’s currently-running production of Eugene O’Neill‘s Long Day’s Journey Into Night, I was moved earlier today to buy a combination DVD and faux-Bluray of Sidney Lumet’s admired 1962 film version with Ralph Richardson, Katharine Hepburn, Jason Robards and Dean Stockwell.

I’m presuming the DVD/Bluray will look like weak tea, which is a shame. Lumet’s version is surely one of the finest American dramas ever captured on film. Some outfit (Kino, Twilight Time Criterion) should create a proper Bluray out of the elements, whatever their present condition. Producer Joseph E. Levine (The Graduate) bought Lumet’s film for distribution but then took a bath. “You cannot stay in business by making O’Neill pictures,” he allegedly said. 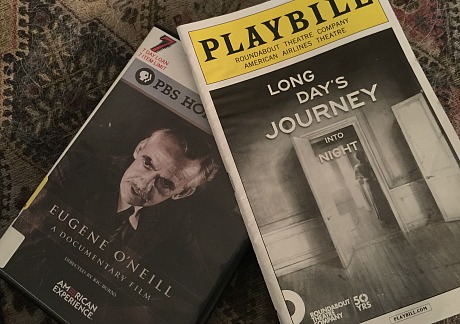 I was going to call this post “sedagive” but not enough people (i.e., those who’ve never seen Young Frankenstein) would get it. I’m simply mentioning that I’ve fallen into the habit of watching this 25-minute chapter from Smiley’s People before going to bed. I love the soothing, settled tone of Alec Guinness‘s George Smiley voice, and how he never once allows himself to become irritated or annoyed or verbally imprecise, and how his careful manner gradually calms down Michael Lonsdale‘s Grigoriev. It’s very calming.

Real men don’t walk it back. If they’ve said or tweeted something that has made the Twitterverse go apeshit, they stand their ground and say “okay, you don’t like what I said or maybe you don’t like me, I get that…but I said what I said and that’s that.” I wish I could say I’m a real man in this respect, but I’m not. I’ve walked a ton of stuff back. It’s all very well to talk about backbone, but when the p.c. ghouls and banshees and stormtroopers are calling for your arterial blood it’s so much easier to become a mouse and go “squeek squeek squeek…I didn’t mean it, I didn’t mean it!”

Seriously, when I do recant or rephrase or otherwise apologize, I try and do it with restraint. I’ll restate what I meant and explain that people are taking it the wrong way, etc. Unlike Sing Street and Begin Again director John Carney, who in apologizing for slagging Keira Knightley‘s acting abilities in an Independent interview pretended as if a demon had invaded his person and turned him into someone else. Coward.

So much for the notion that women are cleaner and more fastidious than straight guys as far as subletting my place goes. That supposition is probably still true for the most part, but the woman who stayed in my place while I was away for the last 31 days was an exception to the rule, you bet.

The first thing I saw were two and half cat-vomit piles on the Oriental rug. The second was a baby photo of Jett which had been hanging on the kitchen wall but now was lying on the floor in pieces. The third was that the cat litter had been scooped out but changed only once, if that. The fourth was only a few pellets of cat food in the bowls and no cat drinking water. The fifth was three soiled bath towels lying on a heap on my living-room couch. (My cleaning person got sick and couldn’t spruce the place up for my arrival, but still.) The sixth was two wide-open bags of dry cat food, which are kept on the top of the refrigerator, sitting on the kitchen counter next to the coffee-maker. Why? Because it was easier to keep them there — because Ms. Fastidious couldn’t be bothered to seal the bags and put them where they belong. Are you seeing a pattern here?

It was like an animal had broken into the place and rummaged around for a few hours, eaten most of the cat food, taken two shits on the rug and left. It was like a homeless person had broken in with a screwdriver and wiped his ass with one of my dress shirts and then slept on the couch for a night or two. The place is being professionally cleaned tomorrow morning but good God.

It hit me the other day that I don’t really like Michael Fassbender any more. I’ve been deliberating about whether to mention this or not, but I’ve come to associate him with surly vibes and unenjoyable films. I’m just tired of that chilly “fuck you” look of his. He was exceptional in Ridley Scott‘s The Counselor and Steve McQueen’s 12 Years A Slave, but otherwise I haven’t much cared for his choices or his performances over the last two years. I’m not suggesting a criminal indictment but this feeling I have about him won’t go away.

Eight years ago Fassbender was a major discovery and unsuppressable energy force in Steve McQueen‘s Hunger and Andrea Arnold‘s Fish Tank. I didn’t love everything he did between ’09 and ’12 but he was making good choices and I was impressed by that manly, non-smiling thing and flinty vibe. He felt steady, planted, committed. Jane Eyre, X-Men: First Class, A Dangerous Method, Shame, Haywire…good films, good work.

For me the first negative ping began when Fassbender appeared at the beginning of Prometheus wearing sandals — I recoiled big-time when I saw that. I despised his hidden lead performance in Frank, and in fact his decision to star in that hugely irritating film at all. I didn’t get around to seeing him in Slow West until it began to stream, but it struck me as another flunk. And I just began to tire of his glare-y attitude during the last two X-Men films.

“Tribute documentaries about famous folk tend to be fairly similar, especially if the subjects are still living. They mainly say that the celebrity is a pretty darn wonderful person — modest but brilliant, witty, accomplished as all get out, rich, fascinating, compassionate, loves his/her life, good with kids, pets dogs.

“Rachel Grady and Heidi Ewing‘s Norman Lear: Just Another Version Of You pretty much sticks to this formula.

“I could call it a cut or two above the usual, certainly from a technical standpoint, but Lear, the 93 year-old creator-writer-producer of such legendary ’70s TV series All In the Family, Maude, Sanford and Son, One Day at a Time and The Jeffersons, is never presented as anything but the most happy and wonderful fella.

“Which he may well be for the most part, but c’mon — everyone has known hurt, failure, shame, regrets. Everyone has aspects of their nature they wish they could iron out or refine. Everyone experiences nightmare flashes from time to time. Including the very wealthiest.

I’m on a Virgin America flight as we speak with a Los Angeles touchdown in three hours (i.e., around 4 pm). I’ll be returning to NYC for a quick visit later this month but otherwise no action until the 2016 Telluride, Toronto and New York film festivals. Nearly three months of staying put. A lot of movie-watching and meditation upon same, and the a.c. getting a good workout.

What does the summer slate look like? “Mostly dreadful” would be putting it mildly, but at least there’s Jason Bourne, the very well-reviewed Hell or High Water, John Lee Hancock‘s The Founder, David Ayer‘s Suicide Squad, Woody Allen‘s entirely decent Cafe Society, Richard Tanne‘s Southside With You and eight or nine others — 14 in all.

In order of release dates, the following have at least a semblance of insect antennae heat. Some seen, mostly unseen, all with a current of some kind:

Gary Ross‘s Free State of Jones (STX, 6.24). Expectations are not high but at the least the combat sequences appear to be well handled, to judge by the trailer.

Thorsten Schutte‘s Eat That Question: Frank Zappa in His Own Words (Sony Classics, 6.24).

In a 5.31 studio-by-studio assessment of summer releases, The Hollywood Reporter‘s Stephen Galloway quoted box-office analyst Jeff Bock about Paramount Pictures’ slate: “Paramount has a lot riding on Teenage Mutant Ninja Turtles: Out of the Shadows (6.3) and Star Trek Beyond (7.22). They would ideally like to pump infinite sequels out of these properties. And then there’s Timur Bekmambetov‘s Ben-Hur (8.19). God help them.”

I for one haven’t the slightest intention of even glancing at the Ninja Turtles trailer, much less sitting through it. And I can’t imagine how my life would be adversely affected if I missed the Star Trek flick. But Ben-Hur, at least, offers a certain grotesque fascination. Will it just blow chunks in every respect, given Bekmambetov’s slovenly tendencies as a director? Is there a chance of any aspect of the newbie being regarded as an improvement over William Wyler‘s 1959 version? 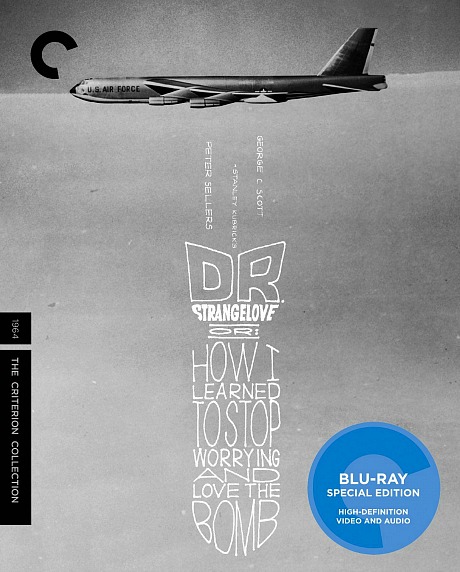 HE to Trump-Tzu (joined HE 199 days ago, 852 comments): Something snapped yesterday. I’ve just had it, is all. I won’t provide a forum for a flaming Trumpster. Your posts are tedious, relentless. You’re not impolite but you lack finesse, and I’m just sick of reading your daily ideological spewings. And I loathe that image of Trump in a wig. I’ve announced Stalinist purges of hardcore righties from this site before, and I’ll do it again if necessary. As much as I loathe and despise the p.c. banshees, I will not provide a forum for daily Trump-praise. I’ve blocked you. Find another salon.

Posted after the first purge of conservative jackhammers in ’08: “Interesting, thoughtful, well-phrased opinions of any kind are eternally welcome here. I believe in beauty, redemption, catharsis and the daily cleansing of the soul. I live for the highs of the mind — for the next nervy retort, impertinent crack, witty turn of phrase, turnaround idea or wicked joke. And I know — we all know — that blunt-gruff reactions and persistent ideological ranting works against the flow of such things. I will not permit the infinite array of reflections about life, movies and politics that could and should appear on Hollywood Elsewhere to be suppressed or pushed aside by the relentless hammerhead barking of a small cadre of ideological Mussolinis, tough guys and hardballers.”