It’s now 2017 across most of the globe, and particularly in Paris. The second video is an alleged capturing of the midnight Eiffel Tower fireworks that happened roughly an hour ago. (It’s now 4:09 pm Pacific, 1:09 am in Paris.) Obviously the city fathers weren’t the least bit interested in competing with the 1999 blowout that I witnessed with the kids 17 years ago.

December 31, 2016 4:12 pmby Jeffrey Wells
8 Comments
Hoping To Attend The Memorial, Which I Presume Will Be Soon

It took me a day and a half to pay attention to Oscar Isaac‘s Facebook photo of Carrie Fisher and Mark Hamill on the set of Star Wars, Episode VIII. Copy: “She had no patience for pretense or small talk. She saw through things, at a different angle, with the gritty wisdom that comes from the hardest lessons. And, man, did she make me laugh. Will miss you dearly, Carrie.” 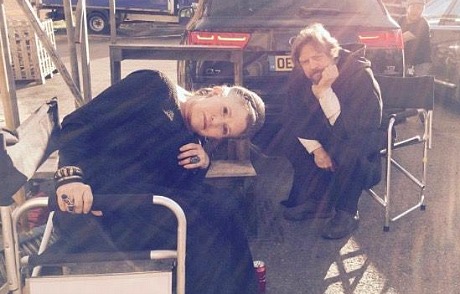 A wetsuit-wearing Frank Sinatra flashes a knife, tells a shark to get lost! But seriously, what a lazy piece of shit this movie is. Okay, not atrocious but obviously one of Sinatra’s “fuck it, roll film and pay me” movies. No effort, no edge or pizazz. Costarring Raquel Welch, Dan Bonanza Blocker and Richard Conte. Directed by Gordon Douglas, a hack journeyman who got lucky between ’53 and ’55 when he directed three half-decent films in a row — Them!, Young At Heart and The McConnell Story. He bounced back again with The Detective (’68), also starring Sinatra. Blocker: “Stay loose, pal.” Sinatra: “Again?”

240 miles below and across the seas and continents, Donald Trump and his gang of thieves, robber barons and ideologues are preparing to fleece and pollute this blue planet for the enrichment of themselves and/or the fulfillment of their rancid philosophies. Really. Right now. No joke. (This is real-deal livestream video from the International Space Station. Crewed by NASA astronauts, Russian Cosmonauts and a mixture of Japanese, Canadian and European astronaut-tecchies.) Also: The title of this post in no way dilutes or argues with what I posted on 12.28 — it complements it. Also: Hollywood Elsewhere supports Kevin Sessums and deplores Facebook’s banning his posts for the sin of “using the term fascist to describe the Putin/Trump/Pence triumvirate and its supporters,” in Kevin’s words.

You can sit through something shoddy, inept, sub-standard, and do everything you can to flush it out of your system when it’s over. You can also sit through a smooth, studio-funded, well-made enterprise that everyone’s loving and is making money hand over fist, but which you happen to despise with every fibre of your being.

But watching a quality downer can be edifying. (Naturally.) I’m speaking of a movie that’s totally comfortable with the idea of bumming you out, because it’s trying to be thoughtful, profound or in some way affecting. Which saves it from being a bummer.

Sadness in good movies is not depressing — it’s just a way of re-experiencing honest hurt. Ordinary People is sad, but if you think it’s depressing as in ‘lemme outta here’ there’s probably something wrong with you. 12.31.16 Update: Ditto Manchester By The Sea.

“Does anyone except Sasha Stone seriously believe that Donald Trump might prevail in November? Hillary is naturally and unstoppably self-destructive, agreed, but there are no more threats hanging over her now. No more emails, no more Benghazis…nothing except the unfortunate fact that millions and millions of people don’t like her much.” — from 7.12.16 HE post called “Bernie Finally Endorses Hillary.”

I couldn’t have foreseen, of course, the three subsequent news events that closed the deal for Trump. One, Hillary collapsing like a sack of potatoes during a 9/11 memorial event in downtown Manhattan. Two, FBI director Comey. And three, Trump voters shrugging their shoulders in the wake of the Access Hollywood tape. 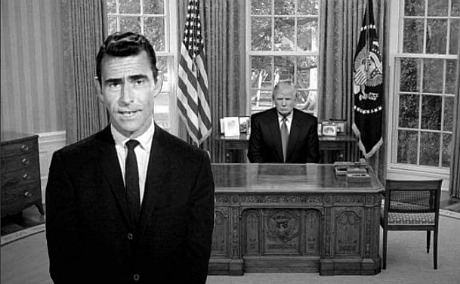 I’ve added nine more titles to HE’s previously posted roster of 2017 films. 65 as of 12.16; the tally is now 74. The most interesting-sounding are (a) Adam McKay‘s Untitled Dick Cheney Film (b) Luca Guadagnino‘s Call Me By Your Name (Sundance ’17), (c) Andrew Dosunmu‘s Where Is Kyra? (ditto), Oren Moverman‘s The Dinner and Arnaud Desplechin‘s Ismael’s Ghosts. The other six sound a bit more conventional (thriller-ish, action-y).

In order of marquee value….

Adam McKay‘s Untitled Dick Cheney Drama (Paramount). Deadline‘s Mike Fleming has reported that McKay hopes to be filming by the spring for a late 2017 release. Plan B producers Brad Pitt, Dede Gardner and Jeremy Kleiner are teaming with McKay, Will Ferrell and Kevin Messick.

Oren Moverman‘s The Dinner (The Orchard, 5.5.17) — In September 2013 it was annnounced that Cate Blanchett would direct this adaptation of Herman Koch‘s “The Dinner” — it was reported in January ’16 that Moverman would take over. Richard Gere and Steve Coogan playing brothers whose children have committed a serious crime. Costarring Laura Linney, Rebecca Hall and Chloë Sevigny. Premiering at the 2017 Berlinale.

Remember how it felt when you first saw this Bernie Sanders ad? Created by the D.C. advertising firm of Devine, Mulvey, Longabaugh, “America” premiered on 1.21.16. And it was really great — an ad that the Clinton campaign couldn’t even hope to imagine, much less cobble together. And now that whole mood, that whole feeling of “this could work out and become even better” is gone. The butt-uglies have won, and the redhats will soon be calling the shots.

A director friend asked me last week if I’ve signed up with Filmstruck, and I said nope — not until the app is available on the Roku player, which should be sometime in early ’17. (Along with Chromecast.) Filmstruck + the Criterion Collection, I meant, which will be $10.99 per month or a flat annual rate of $99. I’m presuming that all of the Criterion titles will be streaming at 1080p, which means there will be a 1080p version of Federico Fellini‘s La Strada, which so far has only been available in 480p DVD.

Donald Trump‘s longish blond-white hair is unfashionably styled, and the fashion police have been making this point over and over. It’s the one constant criticism about the guy that seems unduly harsh. If you’re overweight with a thick neck and bulldog jowls, longish hair is the only thing that works. Shortish hair is only for guys who’ve kept their weight down and have that modestly contained, Anthony Bourdain semi-chiselled look, which Trump has never had. On top of which longish hair is favored by guys (especially rightwingers) who came of age in the ’60s and ’70s. Trump’s longish hair is a kind of attitude statement — i.e., “This is who I was and what I felt like in my 20s and 30s, and on some level I just can’t let it go…I have to hang on to that thing. Especially now that I’m fat. I makes me feel a bit younger.” 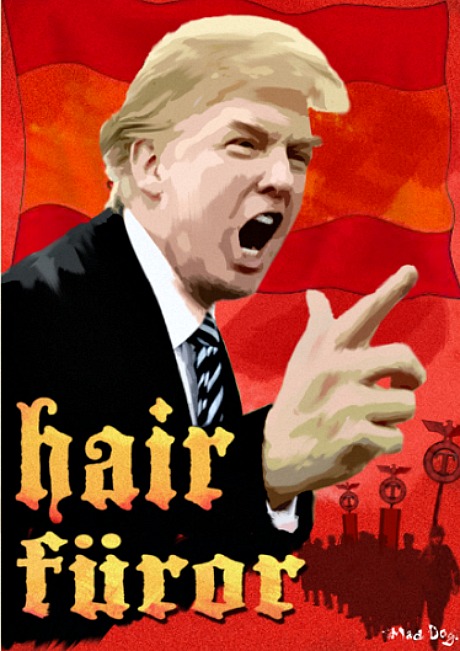