In a diseased, perverse way I almost respect President Donald Trump for half-renouncing yesterday’s conciliatory remarks, because at least he was being honest. This is who this astonishing asshole really is. In a Trump Tower press conference Trump again maintained there was “blame on both sides” for last weekend’s Charlottesville violence and criticized the “very, very violent” behavior of “alt-left” groups.

Referring to nationalist and Nazi hate groups that assembled to protest the removal of a statue of Robert E. Lee from a park, Trump said that “not all of those people were neo-Nazis, believe me. Not all of those people were white supremacists by any stretch. [They] were there to protest the taking down of the statue of Robert E. Lee. And this week [it’s] Stonewall Jackson. Is it George Washington next week? And is it Thomas Jefferson the week after? You have to ask yourself, where does it stop?”

Trump on Charlottesville: “I think there’s blame on both sides, and I have no doubt about it, & you don’t have any doubt about it either.” pic.twitter.com/ivagWbsofC

19 Comments
Watch On The Rhine

You can’t tell anything from a trailer, of course, but I’m feeling a wee bit concerned about Aaron Sorkin‘s Molly’s Game (STX, 11.22). Just a bit. The dialogue feels a little too hammerish and rat-a-tat-tat, and the narration feels a little too rushed and on-the-nose. Visuals and dialogue should tell the story, and the narration should provide…what, some kind of inner dialogue, ironic counterpoint, after-the-fact meditation? Jessica Chastain‘s eye makeup looks too heavy here and there. Michael Cera portrays “Player X” — i.e., Tobey Maguire. You can sense that Idris Elba might steal this thing, and that Kevin Costner (as Chastain’s dad) will steady things emotionally. Roughly a month from now Molly’s Game will face the music in Toronto.

From a guy who’s seen Molly’s Game: “Your feeling is wrong, unless you don’t like Sorkin.” My reply: “Sure, I like Sorkin. Usually. Glad to hear it.”

Hollywood Elsewhere has weighed in sufficiently, I think, about a certain aspect of Margaret Betts‘ Novitiate (Sony Pictures Classics, 10.27). No need to beat a dead horse. The new SPC one-sheet doesn’t allude, of course. Their film, their sell. But if I were running the marketing campaign… 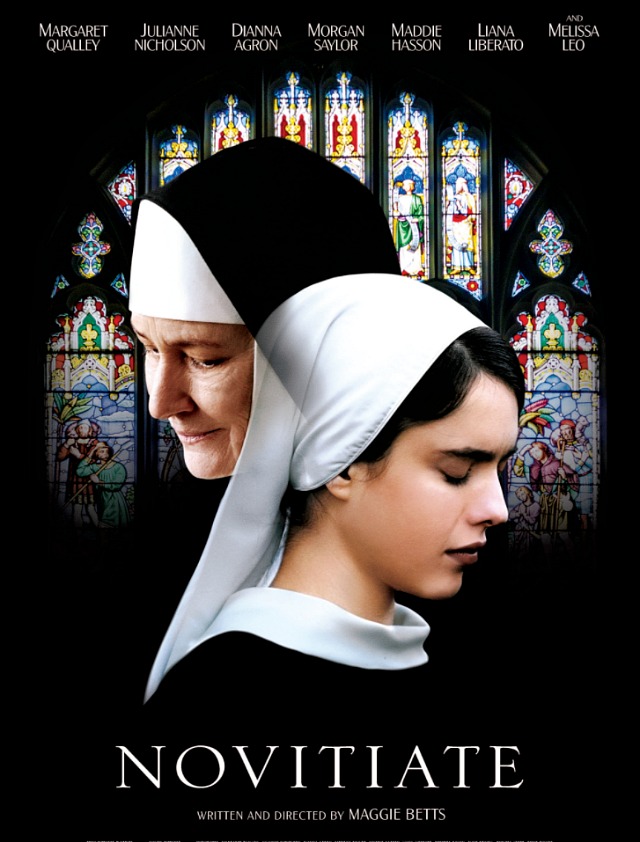 The Toronto Film Festival has added a tonload of fresh titles to the 2017 playlist. Topping the list are (a) Aaron Sorkin‘s Molly’s Game (Jessica Chastain, Kevin Costner, Idris Elba and Chris O’Dowd), (b)
John Curran‘s Chappaquiddick (I favorably reviewed a draft of the script on 8.18.16), (c) Jon Avnet‘s Three Christs with Richard Gere, (d) Brie Larson‘s Unicorn Store (BEWARE of any film, miniseries, play, book, short story or poem using the word “unicorn” in the title). 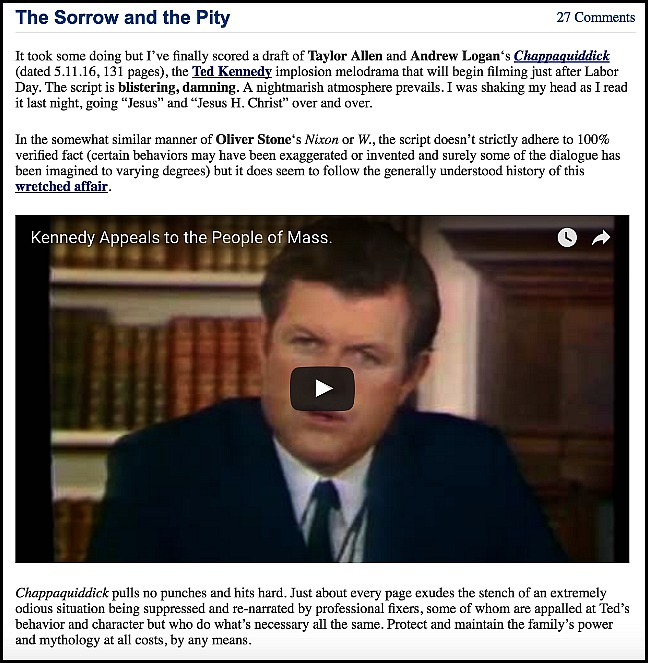 What Jimmy Fallon said last night was decent, humane and correct, and I don’t mean politically. I’m presuming that many if not most of those who dismissed Fallon after his Trump hair-muss debacle have exhaled and offered him a measure of forgiveness.

Cheers to whomever assembled this new teaser for Noah Baumbach‘s The Meyerowitz Stories (Netflix, sometime this fall). It’s one of those rare instances in which a piece of inspired salesmanship prompts you to reassess and perhaps even upgrade your initial reaction to the film itself.

Posted from Cannes on 5.21.17: The best I can say about Noah Baumbach‘s The Meyerowitz Stories (New and Selected), a dramedy about a Jewish family with the usual anxieties and uncertainties, is that it’s mildly engaging. It gets you here and there. It mildly diverts.

But this mostly Manhattan-based ensemble film (with detours to Rhinebeck and Pittsfield) just isn’t all that riveting. It just doesn’t feel tightly wound or hungry to get over. It’s “good” but unexceptional. I didn’t dislike it, but it feels Netflix-y. 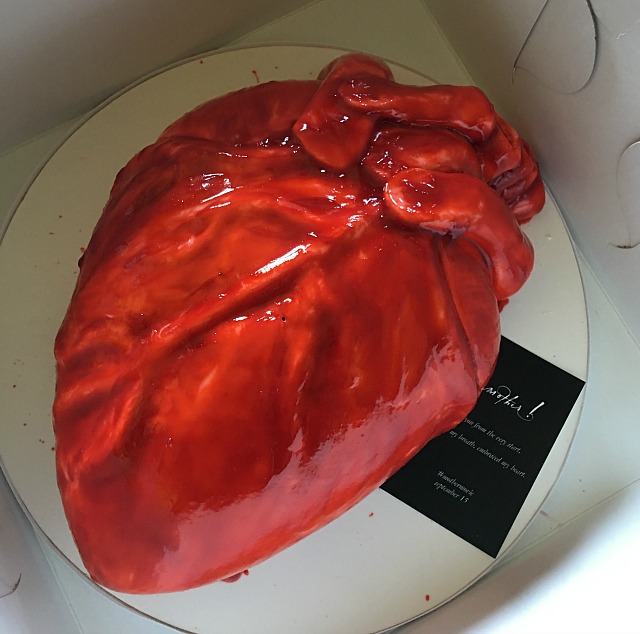