Dave Itzkoff has a 2.28.19 N.Y. Times story called “Can Captain Marvel Fix Marvel’s Woman Problem?” The problem, historically speaking, is a leering, less-than-enlightened attitude about Marvel’s female characters over the decades. The idea is that Captain Marvel might popularize a less sexist, more liberated agenda. Yes, I’m putting myself to sleep as I write this.

You know that Sam Rockwell and Michelle Williams‘ performances as Bob Fosse and Gwen Verdon are going to be Emmy-level. You know it. The limited series will debut on 4.9.19, and run eight episodes.

The dominant themes or undercurrents seem to be that (a) serious creative innovation is rare, (b) women value fidelity, (c) it’s all over much too quickly, and (d) fast-lane living comes at quite a cost.

It’s time to write another “oh, God, help me…I hate living in a damaged-back prison cell” piece. I haven’t written one since Tuesday, 2.19, or two days after I fell flat on my back in the Sierra Nevadas, a few miles above Lone Pine.

A friend wrote me a few minutes ago, asking if I’m out of the “pain dungeon.” I replied that I’m “35% or 40% out but still in it. Still painful, still a huge ache in my soul, just not as much as before.”

I’m living in a kind of minimum-security prison with a fucking cane and 10 or 15 hydrocodone pills. (Thanks to the HE reader who slipped me the narcotic remedies.) I hate it so much. It’s so spiritually suffocating. I’ve been in excellent shape all my life — loose and limber, hiking, lifting this or that, running here and there, riding on the hog, no stiffness and aches whatsoever. And now, suddenly, I’m 89 years old. It’s fucking awful.

Do I feel less acute pain now than I did a week ago? Yes. Will I be out of the pain woods a week from now? Not necessarily. If God is with me I’ll probably be feeling pretty good by 3.15, or roughly a month after the accident.

If someone were to remake Elmer Gantry with, say, Leonardo DiCaprio or Matthew McConaughey or Joaquin Phoenix in the lead role, they definitely wouldn’t re-shoot this scene. Because if they did, the Stalinist wokesters would tear them apart on Twitter for daring to patronize African-American churchgoers of the ’20s, and in fact for projecting a borderline racist characterization.

Justin Chang and Guy Lodge would sputter and howl and lead the charge. They and their brethren would accuse the filmmakers of trying to make white audiences feel good about themselves, of trying to ignite fantasies about how soulful and open-hearted whites imagine themselves to be in the gentlest of spiritual circumstances.

In the original Elmer Gantry (’60) this scene was one of Burt Lancaster‘s all-time finest — a charismatic movie-star scene — and one reason why he won the Best Actor Oscar that year. But God help any actor or filmmaker today who would be stupid enough to imagine that an evil white person could step into a black church and just blend right in, etc. Only a white supremacist at heart could imagine such a scenario.

Conductor, composer and pianist Andre Previn has left the earth at age 89. To this day I’m unfamiliar with 90% of what Previn composed or conducted. To me he was the movie-score guy — Gigi, Porgy and Bess, Elmer Gantry, One, Two, Three, Irma La Douce, My Fair Lady, etc. Previn was nominated for 11 Oscars, and won four.

Previn wrote a brief memoir of his early years in Hollywood, “No Minor Chords“, published in ’91 and edited by Jacqueline Kennedy Onassis.

Previn’s life famously took a soap-opera turn in the late ’60s when he and then-wife Dory invited Mia Farrow into their lives. An affair between Previn and Farrow resulted and the marriage ended. Dory later launched a career as a performer with “Beware of Young Girls,” her song widely perceived to be aimed at Farrow.

In “No Minor Chords”, Previn recounted a near-dalliance with Ava Gardner in the mid 1940s.

“She listened to me play, quite attentively,” Previn wrote, “and then asked an incredible question: ‘Would you like to take me home later?’ Well, I was 17 and I simply could not allow myself to put a subtext connotation to this, so I asked: ‘You mean you don’t have a ride home?’ Ava gave me a long, searching look, saw that I was serious, excused herself and got up from the piano bench.”

I blew a couple of such opportunities myself in my late teens. I was too dumb or timid to simply realize what had been offered. I’ll never forgive myself…never. 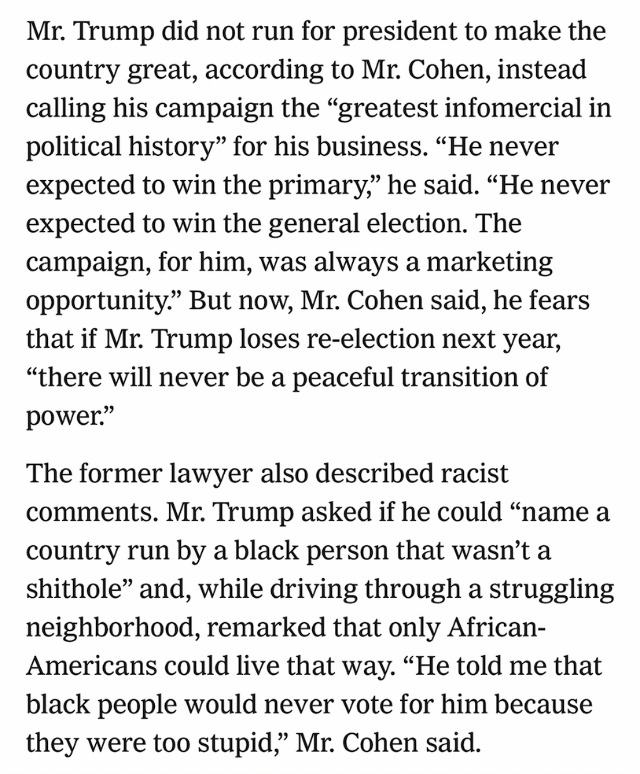 By any measure J.C. Chandor (All Is Lost, A Most Violent Year, Margin Call) is a major-league director. By any reasonable standard Triple Frontier (Netflix, 3.6), which Chandor directed and co-wrote with Mark Boal (Zero Dark Thirty, The Hurt Locker), looks like an above-average commando thriller. The four stars (Ben Affleck, Oscar Isaac, Charlie Hunnam, Garrett Hedlund) are grade-A-ish or in that general realm. So it’s not just some run-of-the-mill Netflix programmer. It has a serious vibe.

For a couple of weeks I’ve been saying that I want to catch a theatrical press screening, as an action film of this apparent calibre needs size and aural power to fully work, and because Roman Vasyanov‘s lensing looks handsome as hell. And with the limited theatrical debut only six days away (the Netflix streaming begins on 3.13) it’s been hard as hell to find an L.A. press screening. And it’s not on the Netflix online press site.

A Manhattan theatrical premiere is scheduled for this Sunday, 3.3…finally! It will press-screen concurrently in Los Angeles — thanks!

In 2010 Tom Hanks signed to do an earlier version of Triple Frontier under director Kathryn Bigelow. Johnny Depp was also attached or at least interested. There was talk at the time of changing the title to Sleeping Dogs. In late ’12 it was reported that Bigelow and Boal had put the project aside. Hanks would have played Affleck’s role. Affleck looks fat, of course — his breasts are bigger than Lady Gaga‘s and he could play Harvey Weinstein if he were to add 25 or 30 pounds — but he’s still Affleck.