It takes a special improvisational Thelonious Monk-like approach to running a website business to forget to renew your domain name. Everything’s jake now but my aversion to Sir Thomas More-like regularity made for a truly delightful morning.

And now I’m running to a Thirst junket that I’ll probablly be a few minutes late for. All kinds of to-do’s are piling up as I speak. No further filing until mid-afternoon. A screening of The Ugly Truth happens early this evening.

I would have been a lot faster and more enthusiastic in linking to Dick Cavett‘s recollection of his Richard Burton relationship if (a) I could make sense of the timeline aspect (i.e., Cavett meeting Burton during his 1960/61 Broadway run of Camelot as part of an effort to persuade him to appear on his show, despite Cavett’s show having launched in 1968) and (b) if the Times webmasters would stop being stupidly protective of their video files by making embed codes available.

All, finally, is half-well as far as my Comic-Con plans are concerned. Comic-Con’s p.r. director graciously and generously approved my press credentials despite all kinds of problematic issues that stood in the way, not the least being that I applied quite late. I’m also in-like-Flynn with the Avatar presentation on Thursday, which is to say the 20th Century Fox people were also enormously helpful by providing a VIP pass that will save me from having to wait in line for two to three hours. I thanked them all before; I am doing so again. They restoreth my soul.

I’m in for three days — Wednesday night to Saturday morning.

No VIP pass from Sony for the District 9 thing on Friday because of my Peter Jackson issues — i.e., a mild form of corporal punishment. I’m told there’s a shot at snagging a VIP pass for the New Moon presentation. Maybe. And a certain Paramount publicist pally hasn’t yet responded about my interest in attending the Ironman 2 dog-and-pony show — we’ll see.

I’m particularly looking forward to tweeting whatever happens as it all moves along, especially now that I’m using Twitpic and Twitvid.

If any gaslamp-district roughnecks try anything…I was going to say I’ll drop them like a bad habit and put them on the pavement with my boot on their neck. The truth is that I’ll try and talk my way out of it like any journalist who doesn’t want to bruise his/her hands, and then get my revenge later by describing them in honest terms.

In a N.Y. Times profile of In The Loop director-writer Armando Iannucci, Sarah Lyall riffs on Peter Capaldi‘s throttled portrayal of the sewer-mouthed Malcolm Tucker — a senior British government official and spinmeister. “Few can match [him] for sheer verbal brio,” she writes. “He uses his dark arts to fine result when he persuades reporters to backtrack on stories critical of the government. ‘Whether it has happened or not is irrelevant — it is true,’ he yells in one scene, making the case for reporting something that did not in fact happen. 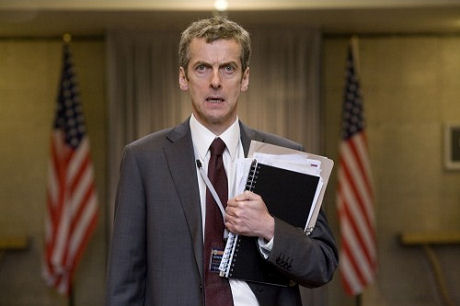 Peter Capaldi in In The Loop

“Capaldi is perhaps best known to Americans as the geekily adorable Scotsman in the 1983 film Local Hero. This makes for something of a mental disconnect.

“‘I find it quite exhausting because there is a considerable distance between him and me,” Mr. Capaldi said. “But being given this opportunity to play someone who is so Machiavellian and nasty and shouty is great.”

“It has long been assumed that Malcolm is based on Alastair Campbell, former Prime Minister Tony Blair‘s all-powerful strategizer, spokesman and interference blocker. (Mr. Campbell is credited, among other things, with coming up with Mr. Blair’s description of Diana, Princess of Wales, as ‘the people’s princess.’) Mr. Iannucci said Mr. Campbell was an influence on, but not the only model for, the character; Mr. Capaldi said he looked elsewhere for inspiration.

“‘I didn’t know how he spoke or how he behaved,’ he said by telephone, referring to Mr. Campbell. “The only people I knew who spoke in this way with great torrents of verbosity and very aggressive techniques were American agents. You think back to the old days of I.C.M. and C.A.A. and all those guys in power suits bursting into immense volcanic eruptions of foul language.'” 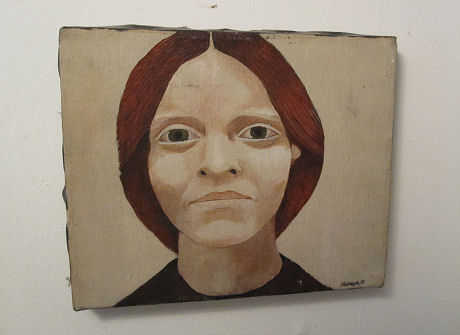 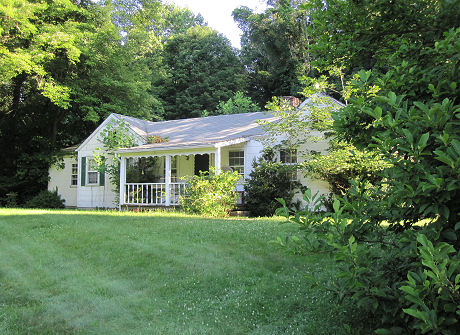 Liz Taylor/Nicky Hilton cottage (i.e., a place where the once-celebrated couple stayed for a period during their brief tumultuous marriage in the early ’50s) in Ridgefield, Connecticut. Local legend has it that Hilton threw Taylor out of a window during one of their fights. The seven-room cottage currently serves as a kind of art studio/workspace. I parked it here last night. 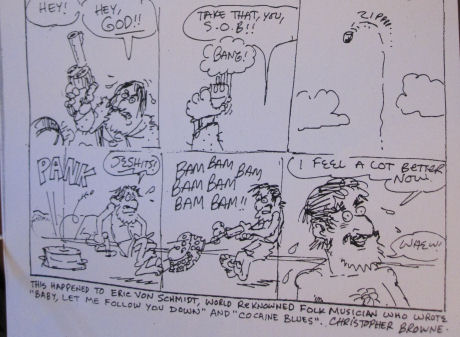 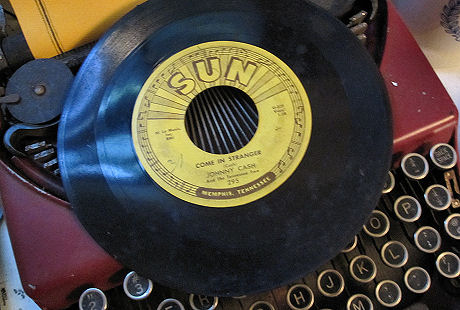 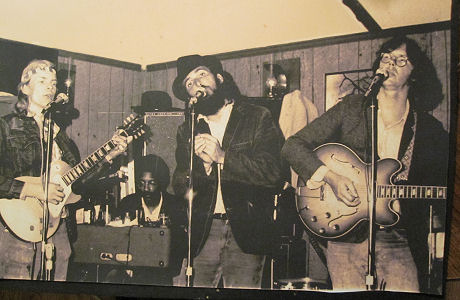 So Harry Potter And The Half-Blood Prince opened with $51.8 million Wednesday, [followed with] $21.9 million Thursday, $26.8 million Friday and $29 million Saturday from 4,275 theaters, according to Nikki Finke‘s copy. (I’m in the Connecticut woods and happy for whatever big-city news I can get.) That makes a $79 million three-day weekend and a $159 million five-day cume.

Bruno, meanwhile, is morgue material with a projected $8 million weekend. The $2.8 million it earned on Friday represented an 80% drop from the previous Friday’s take, and Saturday’s $3 million haul amounted to a 66% drop from the previous Saturday. But let’s not have anyone slagging Universal’s marketing team — they promoted Sacha Baron Cohen‘s film vigorously and inventively.

The copy line “first love burns brightest” sounds like it’s aimed at younger women but the film, a rigorous visitation and recreation of early 19th Century England, is made to order for 30-plus women, older couples and X-factor types. I’m just imagining the reactions of the most notoriously vapid demographic in the history of civilization to Jane Campion Barry Lyndon-ish capturings through Greig Fraser‘s Vermeer-like photography. 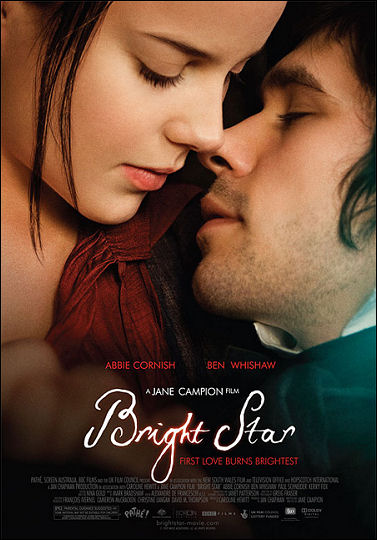 I’m told that the people in charge of steering Sony Classics’ An Education into awards season and Oscar noms — Best Picture, Carey Mulligan for Best Actress, Nick Hornby for Best Original Screenplay, Alfred Molina for Best Supporting Actor, etc. — are concerned about the film peaking too early. I get that. It should all be turned down for the remainder of July and the entirety of August — for the next six weeks or so.

I’ve also been told, by the way, that a smattering of journalists who’ve seen it are going “okay, not bad but meh.” The snobs, it sounds like. When N.Y. Times critic Manohla Dargis posted her 1.22 summary of Sundance 2009, which came about four days after Lone Scherfig‘s film had its first big showing at the Egyptian, she didn’t even mention it, not even in passing. That seemed indicative to me. 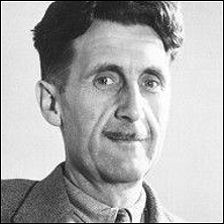 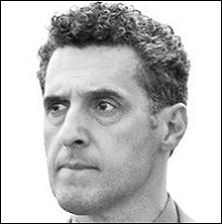 Marc Weber‘s (500) Days of Summer isn’t so much about a relationship that can’t work as much as one that the guy (Joseph Gordon-Levitt) is unable to recognize as such. So lost in the idea of perfect love that he can’t see or think straight, he’s incapable of stepping back and regarding the object of his longing and affection (Zooey Deschanel) with even a faint degree of dispassion or clear-headedness.

This is frustrating because it’s obvious — glaringly obvious — that Deschanel’s Summer is a lady any self-respecting guy would take with a grain of salt. From her first waking moments to those slipping-into-slumber states that arrive just before sleep, Summer is a tantalizing but complex flirt, hider and head-gamer. Exotic, hot, spontaneous and obviously interested in nothing but whim. A girl who wants what she wants when she wants it and all that. An excellent candidate for one of those it’ll-last-as-long-as-it-lasts-so-don’t-sweat-it affairs. But otherwise a woman wearing a sign around her neck that says “I will stab your soul and turn you into an enraged infant if you seriously fall for me.”

And Gordon-Levitt refuses to acknowledge this and act accordingly. He refuses to look at reality and watch out for himself because he’s projecting qualities upon Deschanel that bear only an incidental relationship, blah blah.

And I don’t want to make too much of this being Gordon-Levitt’s first tolerable (i.e., less twitchy and self-consciously tilted) performance. This is a guy who’s approached each and every role he’s had since Brick with the following mantra/motto: “I am a weird and heavily mannered twitcho with pseudo-Japanese/Hawaiian features, and whatever the role and whatever the plot I am going to work my weird twitchiness into thy character and into the film. Because I want you to constantly consider and meditate upon my fascinating withdrawn-ness and apartness. It’s why I became an actor.”

So just because Gordon-Levitt has cut back on this tendency isn’t necessarily cause for cheering and champagne-popping in the streets. His (500) Days of Summer mantra/motto is/was “okay, maybe I’ll give the faintly grinning oddball thing a rest…maybe it’s time to switch gears or rotate the tires or use a different grade of gasoline…whatever.”

We all know who “they” were back in 1956 when Kevin McCarthy shouted his hysterical warnings. If you were asked to point to a particular cultural group or force in the world of 2009, who would “they” be right now? Or does the metaphor even apply these days?