I’ll always admire Donald Spoto, particularly because of “The Dark Side of Genius,” his 1983 Alfred Hitchcock biography. But I resolved to stop buying after reading “High Society: The Life of Grace Kelly,” which told me that Spoto had become an ally and protector of his subjects’ reputations. Now it’s being claimed that his Joan Crawford biography, called “Possessed,” continues in this vein.

“Spoto, who did good work on Hitchcock decades ago and has since become a rolling mill of star bios, tries to cleanse [Crawford’s] portrait,” writes New Yorker critic David Denby, “separating rumor from fact, alleged hysteria from garden-variety unhappiness.

“Must we hate Crawford? Must we think about Crawford at all? Few men go weak in the knees dreaming about her, as they might with Lana Turner or Rita Hayworth; nor is she the kind of woman men could imagine bantering with blissfully as a lover, as they might with Katharine Hepburn or Barbara Stanwyck. She’s the date who raises your blood pressure, not your libido.

“Yet if Joan Crawford is not very likable she would, in a just world, be widely honored for a series of fiercely effective performances and for her emblematic quality as a twentieth-century woman. She was no feminist, but, willy-nilly, she got caught up in the dilemmas of strong women who are also the kind of highly sexual women who need men.

“In her more than eighty movies, she played flappers, working girls, adulteresses, matrons, and, most notably, the anguished heroines of melodrama. Any call for justice to Joan Crawford, however, runs into a dead end: the image of her as a madwoman is too juicily entertaining to give up.

“In 1978, the year after Crawford died, her estranged and disinherited adopted daughter Christina, a failed actress, produced a venomous portrait, “Mommie Dearest,” which alleged both physical abuse and a series of bizarre tests and punishments. In 1981 the director Frank Perry made the sensationally vindictive movie of the same title in which Faye Dunaway, her career as a star fading, grabbed at a chance for glory, or at least notoriety, by launching herself into a spangled caricature of Crawford.

“The collective memory of Crawford quickly hardened into the remorselessness of camp.”

Postscript: I had heard stories all my life about Grace Kelly, the hottest blonde in Hollywood history, having had affairs with almost all of her leading men, and then along came party-pooper Spoto, plausibly debunking most of them. But I don’t want truth and realism — I want magic! I want to hear stories about Gary Cooper‘s portable dressing room rocking with passion during the shooting of High Noon. I know now that the tireless and scrupulous Spoto is averse to this sort of thing, and that’s fine, but that’s also why I’m off the boat.

Over 13,000 signatures — mine included — have thus far protested the incarceration of Iranian filmmaker Jafar Panahi. HE readers are requested to join the band. Do it. 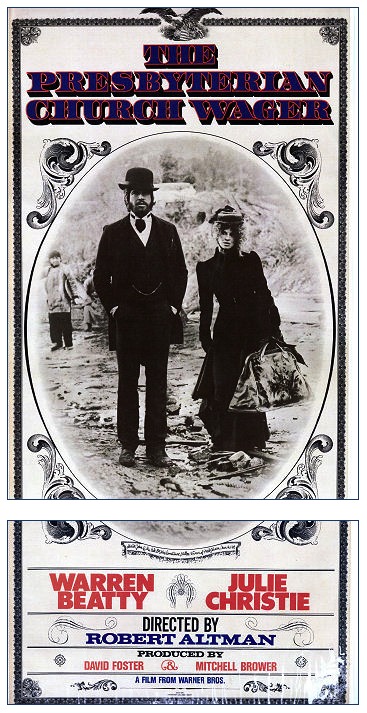 The seven-day period between Christmas and January 2nd is the flattest time of the year. No screenings, nothing going. You can hear a pin drop. And then comes New Year’s Eve (which I always ignore with a passion) and then another blank-out on January 1st, and then the Producers Guild and Writers Guild nominees on January 4th, and then the DGA noms on January 10th. But all this time it gets a little bit harder to write with any feeling about the awards race because people are getting sick of it by this time. They need a break already.

So you focus on January openings, of course, and sometimes that’s fine. Plus whatever you can get into regarding Sundance. And then Sundance finally happens (I’m leaving on the 18th) and you’re alive again big-time. Nine 18-hour hammer days in a row. And then comes the Santa Barbara Film Festival, which lasts until the 4th or 5th of February. And then it’s back into the Oscar race for another 20-something days. And that’s okay because at least it’s ending. And then finally a new slate.

Forbes.com’s Bill McCuddy has passed along his Top Ten of 2010:

10. True Grit –“I loved every slow, drawn-out, bourbon-infused, sepia-filled breath of this movie.”

9. The King’s Speech — “‘Stutter Island’ feels a little stuffy and claustrophobic in places because it’s basically a stage play, but a brilliant one because Colin Firth‘s “Bertie,” an heir to the throne who can’t rule a complete sentence, feels like the world is caving in on him.

8. Winters Bone — “Moral: If you’re going to make crystal meth, do it in the city. Not the country. The term dysfunctional family saw this movie and tweeted ‘WTF!?'”

6. Waiting For Superman — “The best documentary of the year because it turns into a taut thriller late in the second act.

5. Greenberg — “Why did everyone hate this? Because Ben Stiller is unlikable in the title role? Then explain The Social Network to me. Bonus: Costar Greta Gerwig is a real star in the making.”

4. The Social Network — “This year I discovered it’s possible to like a movie more than anyone in it. Like a party you go to and don’t really know anyone but still have a good time. David Fincher‘s obnoxious gala is one of the best rides of the year. And the Winklevii is a really good actor.”

3. The Ghost Writer — “I can watch Ewan McGregor in anything but this clever thriller has other great assets including the best non-Bond role of Pierce Brosnan‘s career.”

2. Black Swan — “I don’t often audibly gasp at the end of a movie. Natalie Portman gave the performance of the year in the dramatic movie of the year. But on this list, it wasn’t a drama that was my number one.

1. Scott Pilgrim vs. The World — “The most fun I had at the movies this year, period. Game over.”

Why, I’m asking myself, are Haggis, Penn and Weinstein standing alone? Each and every filmmaker the world over needs to co-sign this petition. It should have 5,000 signatures. Could it be that some are having difficulty rousing themselves into full protest mode over this matter? Perhaps because they can’t relate to the motives of a filmmaker who, as I suggested on 12.20, appears to be more in love with the idea of matryrdom than the necessity of creation?

I looked at this trailer for Don Roos‘ The Other Woman and went, “Wait, wait…didn’t I see this last year sometime?” I checked and, sure enough, I saw it 15 months ago at the Toronto Film Festival. IFC Films will make this downish drama available on demand four days hence (1.1.11) before opening it theatrically on 2.4.11.

The Sundance Film Festival team is only just starting to officially inform journalists that their press credentials have been approved. Does anyone else find this just a teeny bit inconsiderate on the festival’s part? Hearing today, for example, would afford a little more than three weeks advance notice. Same deal last year: I wasn’t notified that my 2010 press credentials were good until 1.4.10, or about 17 days before that festival began.

Within the last month I’ve spoken to three journalists who felt they had to wait on finding accomodations until they knew for sure. But it’s hard to find a well-situated place to stay at decent rates at this stage. Cannes and Toronto don’t wait this long to inform. 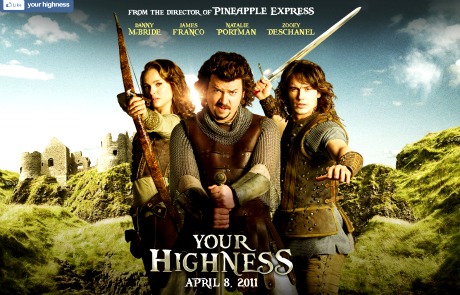