It’s 8:20 pm, you bet, and I’m sitting in a small park in the 6th arrondissement, and I’ve just pulled out the phone and read that Blue Is The Warmest Color has won the Palme d’Or, and that Nebraska‘s Bruce Dern and The Past‘s Berenice Bejo have won acting awards. Good for them.

So the Dargis-Schwarzbaum complaint about Blue (i.e., too male horn-toady) fell upon deaf ears. “Once Dargis put down Blue Is The Warmest Color in NY Times the jurors felt obligated to ignore her,” a filmmaker friend opines. “All have been her victims. And her review was a clear attempt to show her power, by [attempting to destroy] the momentum of the film.”

David Lowery‘s Ain’t Them Bodies Saints, which I caught last January, is bound together by some very fine narrative connections and textures. It’s all of a piece, and after a while you just start to sink into it and forget about the slowish pacing. Rooney Mara, Casey Affleck and Ben Foster are the stand-outs, but I was particularly heartened by Keith Carradine‘s steely stillwater performance. Carradine, of course, was the star of Robert Altman‘s Thieves Like Us, which Bodies is clearly descended from. 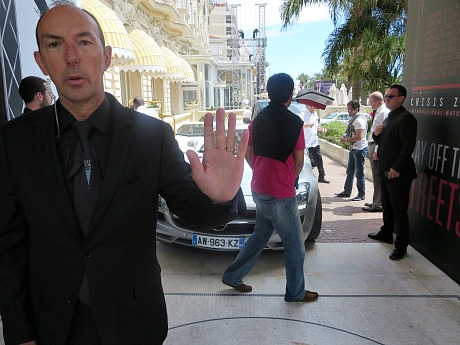 Four or five days ago I had a late morning chat with Seduced and Abandoned director James Toback in his Carlton hotel room. It went on for 40-something minutes, and was candid and hilarious and insightful as usual. Toabck is always on. He is one of the friendliest, funniest and most intellectually open-to-anything guys I’ve ever known in my life. Listen to this — there’s just no one better at shooting the worldly, been-through-it-all-and-I’m-still-chuckling shit about anything and everything. Jim was just waking up as I came in (he had had trouble sleeping), and then he ordered breakfast. But every minute was choice. 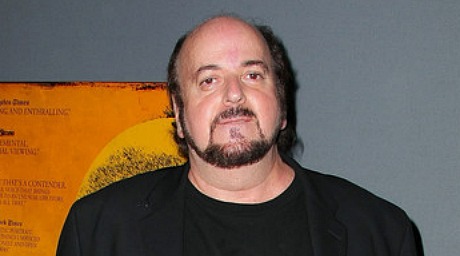 The big Cannes Film Festival award ceremony happens tonight. Steven Spielberg and his fellow jurors are deliberating the winners as we speak at some hillside retreat. I’m predicting a Palme d’or win for either Joel and Ethan Coen‘s Inside Llewyn Davis or, less likely, Paolo Sorrentino‘s The Great Beauty or Asghar Farhadi‘s The Past. If I was on the jury I’d want to think outside the box and ignore the festival’s bizarre decision to exclude J.C. Chandor‘s All Is Lost from competition (because it’s “too commercial”) and give it some sort of special commendation.

I don’t have any special hunches about which films will win the Grand Prix or the Jury Prize (Like Father, Like Son or The Great Beauty?) except that I know…okay, I strongly suspect that James Gray‘s The Immigrant won’t win anything — it’s just not good enough and Marion Cotillard‘s sensitive-watery-eyes performance could have been phoned in. It’s a boilerplate Cotillard thing — look at how I’m subtly trembling and feeling the pain and the weight of the world behind my beautiful eyes! She was much more compelling last year as a legless women in Jacques Audiard‘s Rust and Bone.

I’ve been coming to Paris in late May (i.e, post-Cannes) off and on for a good 10 or 12 years, and it’s never felt this chilly. Why does it feel like effing mid-October or mid-March? Last night I had to wear a sweater, a scarf and an extra T-shirt for warmth. Two years ago at this time it was a good 15 or 20 degrees warmer. Summery weather, T-shirts, warm all over, gentle balmy evenings. It’s surreal to be experiencing mid-fall or late-winter temperatures. 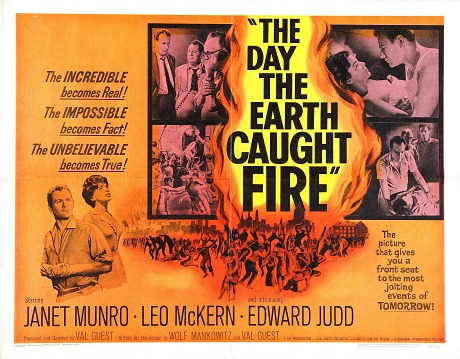 I’m staying in a nice little third-floor studio flat at 12 rue Popincourt, six or seven blocks northeast of Place Bastille and a block and a half southwest of Place Voltaire. Storied, flavorful, green gardens, inside a gated community. A great neighborhood. Bars and cafes galore, every kind of restaurant, a laundromat, wise guys, pretty girls in groups of three and four. Great wifi in the apartment and a 15″ TV, if that. 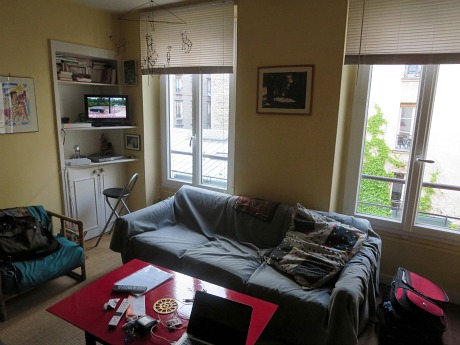 I’m sitting in an EasyJet lounge at Nice Airport, waiting for a 7pm flight to Paris. And to borrow a Tom Cruise line from Sydney Pollack‘s The Firm, I feel like I’ve been anally ravaged by an elephant.

I’ve just paid luggage fees to EasyJet to the tune of 182 euros, and that’s after pre-paying baggage fees online when I first bought my Nice-to-Paris Orly ticket. I have two modest-sized bags that weighed too much so I had to pay for the overage — 14 euros per kilo or 82 euros. And then they made me go back and pay for my carry-on bag, which cost another 100 euros. Repeating: 100 euros for a carry-on bag weighing 10 pounds!

I tweeted some reactions to Roman Polanski‘s Venus In Fur, which we all saw this morning, as I sat in the Salle de Presse waiting for Polanski, costars Emmanuelle Seigner and Mathieu Almaric, composer Alexandre Desplat and the Venus producers to walk in and answer questions. I shot some half=decent video but I haven’t loaded it yet. But I had to split early in order to pack for the airport, which I’ve now done. My bus leaves in about an hour. 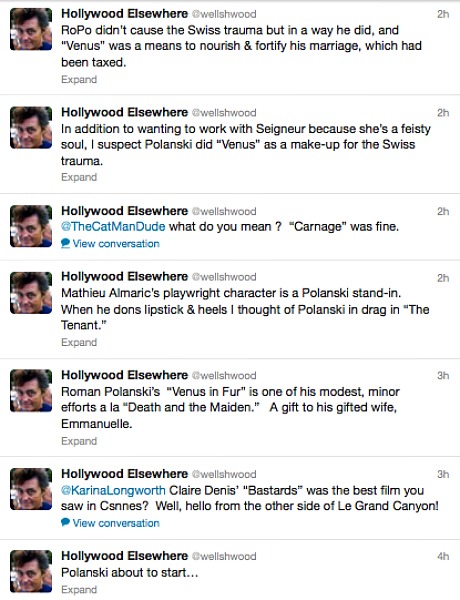 Three days ago I was given a red-carpet, black-tie ticket to J.C. Chandor‘s All Is Lost. Just after I walked through the gauntlet I texted the following to a friend: “Just climbed the red-carpet stairs in a tux and a 40 euro bow tie, and now mingling with the swells. There was something bracing about walking past 150 photographers on either side down below, and then reaching the top of the stairs and looking down. Men of power and some consequence, pretty women in beautiful silky gowns. All the concentrated glamour of the world…right here, this place, right now. Pleasing.” 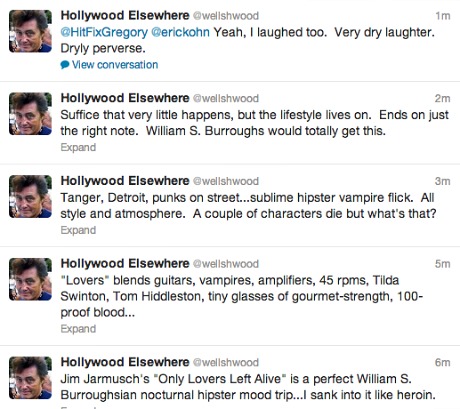