Two words in a N.Y. Times, Michael Cieply-authored piece about Warren Beatty‘s still-untitled Howard Hughes film — “somewhat lighthearted” — have altered perceptions about what kind of film it might be. Or my perceptions, at least. I’m sorry but the word “light” scares me. I’m a much bigger fan of films that go for “dry” or “mildly subversive” or “even-toned” or “Antonioni-esque” or “haunted” or something along those lines.

In my mind “somewhat lighthearted” means a little bit swoony and gentile. It indicates a kind of audience-friendly attitude, one that it might even flirt with frothy from time to time. It suggests a film that doesn’t want to frown or brood, that doesn’t want to be cloudy or provocative or open any closets with skeletons.

That’s not to say that Beatty’s film will necessarily conform to these descriptions. I know nothing. It may be a whole ‘nother animal. But if I know Mr. Beatty’s tendencies as a scenarist (and I do) it’ll definitely deliver an emotional payoff during Act Three.

The film may be released this year but who knows? Cieply reports that while New Regency Pictures, which is producing the $30 million venture with Beatty, releases its films through 20th Century Fox or Fox Searchlight, “people briefed on the situation said decisions about the scope, timing and precise vehicle for the film can be answered only when the movie is finally seen.”

Beatty’s only quote in the Cieply piece: “I would appreciate if you would say Mr. Beatty good-naturedly declined to comment.” Totally typical. 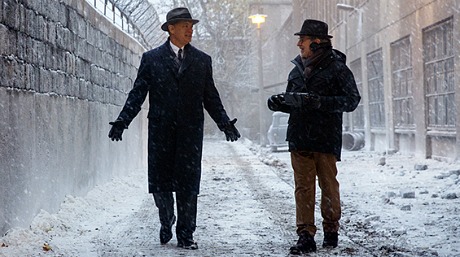 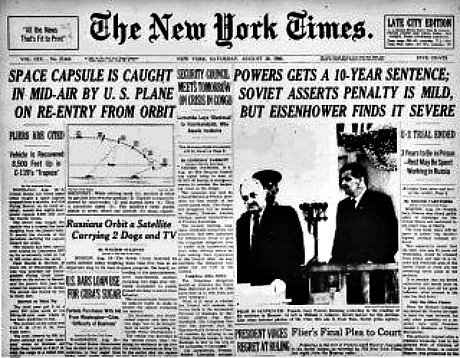 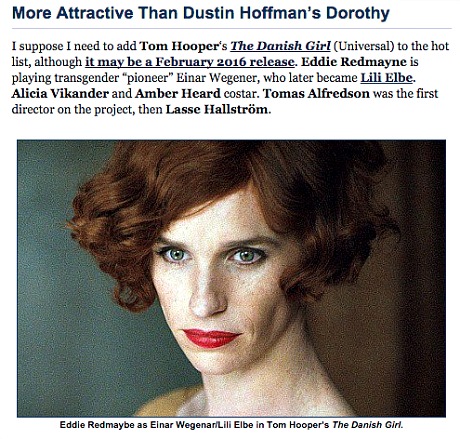 A few weeks ago Deadline‘s Mike Fleming reported that “Steven Spielberg wants Chris Pratt to anchor the rebirth of Indiana Jones that is being developed at Disney.” It’s very early in the process, he acknowledged, but “it makes a lot of sense [as] Pratt was Spielberg’s hand-picked choice to be the star of Jurassic World.”

Yesterday a knowledgable guy with good sources reminded or clarified that “there is no announced reboot of Indiana Jones with Spielberg and Pratt. I am 100% sure [of this] based on my own first-hand knowledge of what they’re actually doing with that franchise. There is no current Indy in development. At all. Until Spielberg and Harrison Ford both tell Disney/Lucasfilm that they are not interested in making another film, no decisions will be made, and no meetings will be set. With anyone. At all.”