35 Comments
Haven’t I Been Inferring This?

You could say that a good two-thirds or even three quarters of Goodfellas is about the perverse and wicked excitement of the gangster life. Earlier this month I wrote about having read portions of a ten-year-old draft of Steve Zallian‘s Irishman screenplay, and said it was “so spare and direct and absorbing, such a page-turner, so seemingly familiar with the behavior, rituals and language of 20th Century northeastern criminals.” The portions I read felt episodic in a Goodfellas-type way, although not as darkly thrilling, I suppose. I dsidn’t come upon any crazy Tommy stuff. It seemed to be “a melancholy summing-up of the whole Scorsese criminal culture exploration that began 46 years ago with Mean Streets…a fascinating assessment of what this kind of life amounts to, and what it costs in the end.”

It includes the following passage: “Some of [Biden’s] advisers said in interviews that they were privately nervous that his recent gaffe spree would become cemented into the larger narrative of the presidential race. They also say that Mr. Biden faces an unfair double standard.”

Right away “gaffe spree” rang a bell. I’d heard it but couldn’t place it. Then it hit me: a 1956 British war film called Pursuit of the Graf Spee (aka Battle of the River Plate). The Times editors never would have called the article “Pursuit of the Gaffe Spree,” but it could have been called that since Glueck and Martin were pursuing a story about the ramifications of Biden’s verbal blunders.

Excerpt: “Yet there is a real political risk for Mr. Biden. Some party activists have already been worried that, at 76, he may be too old to go toe-to-toe with Mr. Trump, who is 73, and win. If the accumulation of verbal missteps continues, some Democrats say, it will eventually sow doubts about what many primary voters believe is Mr. Biden’s biggest strength, [which is] that he is best positioned to beat Mr. Trump.”

…and thinking back to Manfred Mann’s mangling of this song lyrics:

Leonardo DiCaprio‘s Rick Dalton is obviously the lead, and Brad Pitt‘s Cliff Booth is the cool best friend. In other words, a supporting character. 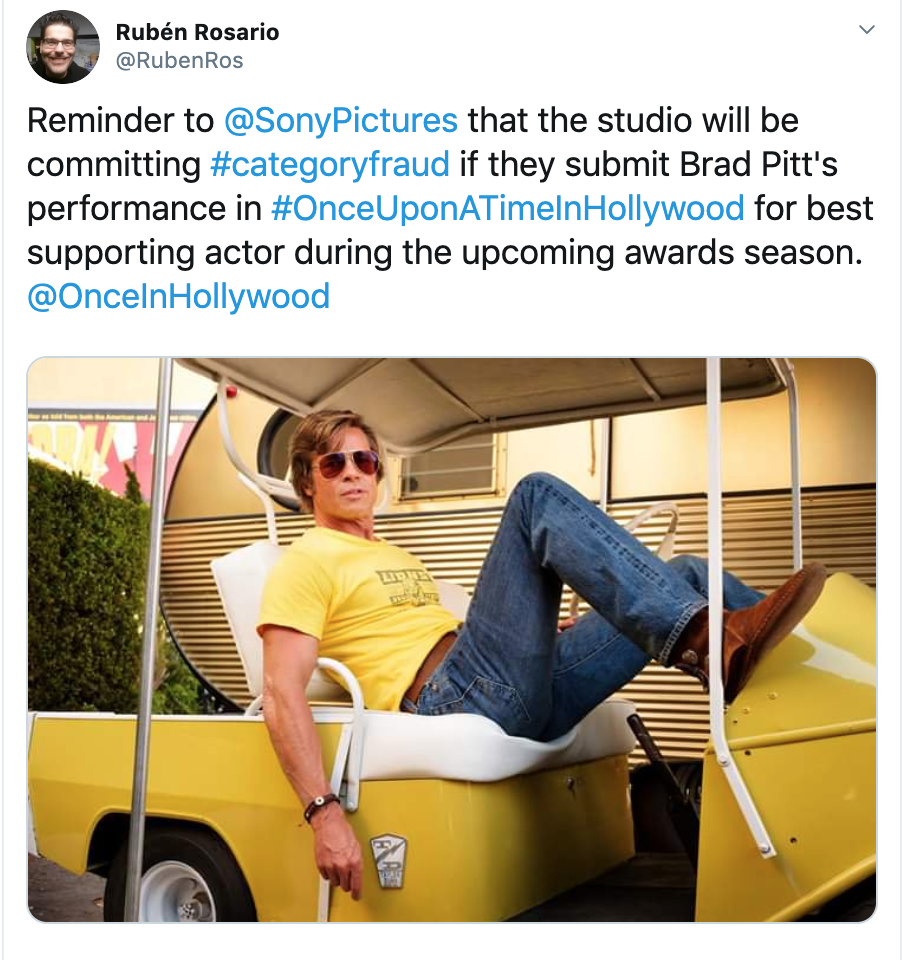 Irina Baronova to Laurence Olivier about Marilyn Monroe, at 5:35: “You know what’s the matter with that girl? Somewhere inside she doesn’t want to act. She wants to show herself [but] that’s another thing. She is a model, [and] by accident or by the villainy of nature [she was] forced to be an actress. That’s the answer to her.”

Boilerplate: “An inside look at the lives of the people who help America wake up in the morning, exploring the unique challenges faced by the women and men who carry out this daily televised ritual.”

What are the best films ever made about the TV news/entertainment business? Network and Broadcast News, right? But those were informed by a guy perspective, and written by the brilliant Paddy Chayefsky and James L. Brooks, respectively. You can tell right away that The Morning Show, an Apple TV web series that will launch sometime this fall, is coming from a Type-A female perspective, and that it’s going to focus on ego, status and power games. (“Don’t you ever question my integrity in my own house ever again” is one of the overheard lines.)

Jennifer Aniston and Reese Witherspoon (who also exec produce) are the stars. And you know Steve Carell is probably going to play some kind of pompous asshole, or perhaps an odious character based in part on Matt Lauer. Out of the show’s seven executive producers, only one (Michael Ellenberg) is a guy. The costars include Gugu Mbatha-Raw, Billy Crudup, Néstor Carbonell and Mark Duplass,

31 Comments
“What Planet Is This Cat On?”

Craig Brewer‘s Dolemite Is My Name (Netflix) feels like an odd duck. To me “Dolemite” is the mispelled name of a northern Italy mountain range (Dolomite) that I visited in May of ’92 for a N.Y. Times interview with Sylvester Stallone. (He was shooting Cliffhanger in and around Cortina d’Ampezzo, and I’d wrangled a freelance assignment.) But if you know who standup comedian Rudy Ray Moore was, Dolemite was an alter ego personality he created in the mid ’70s as well as a 1975 blaxploitation movie by the same name.

In Brewer’s film Moore is played by 58-year-old Eddie Murphy, and the idea, obviously, is to deliver a kind of 21st Century blaxploitation satire about a big-ego guy trying to crash the ’70s blaxploitation racket.

It looks “funny” after a fashion, but with the age factor, the moderate weight gain, the moustache and ’70s hair, Murphy doesn’t look like Murphy any more. I recognize Wesley Snipes, of course, but Murphy looks like his own older brother.

I loved Brewer’s Hustle and Flow (’05) and I’m a longtime fan of screenwriters Scott Alexander and Larry Karaszewski, but what am I supposed to do with this? A lot of characters in this thing are kinda doughy-looking. (And I’m borrowing that term from the film itself.)

I didn’t feel this way at all about Hustle and Flow. I couldn’t wait to revel in that film. The first Sundance screening was electric.

The funniest line in the trailer is when Murphy and Mike Epps are watching Billy Wilder‘s The Front Page, ands Epps says, “This ain’t funny”…true! “And here ain’t no brothers in it either.”

Apologies for the postage-stamp size of the trailer. That awful Brightcove coding…I hate those guys.

We all have hundreds of films on our “caught it once, hated it, never again” list. But what about a film you completely fell for — one that flipped a deep-down pleasure switch and made you feel pretty great about everything– but have never revisited, and haven’t even thought about for decades?

For me Francois Truffaut‘s Small Change (L’Argent de poche) is one such film. I’m not a fan of movies about kids and in fact I usually run in the opposite direction, but this was a remarkable exception. Released in ’76, it was made by and for adults, and generated a steady, non-strenuous, matter-of-fact attitude. Plus it empathized with little kids in a way that I found almost entrancing. I would stream it right now but it’s only on DVD.

By the way: Color photography wasn’t exactly an exotic feature in the ’70s, and color TV had been totally standard since ’65 or thereabouts. But pro-level photographers (those who worked for newspapers and syndicates) always shot in monochrome. News outlets wanted black-and-white images and that was what they got. Plus rolls of color film were expensive compared to b&w, not to mention the processing. Plus every photographer worth his or her salt has always preferred the monochrome palette.

I just don’t think of the ’70s as a black-and-white era whereas the mid ’50s and before (going all the way back to mid 1880s daguerrotypes) always seemed like natural black-and-white habitats. 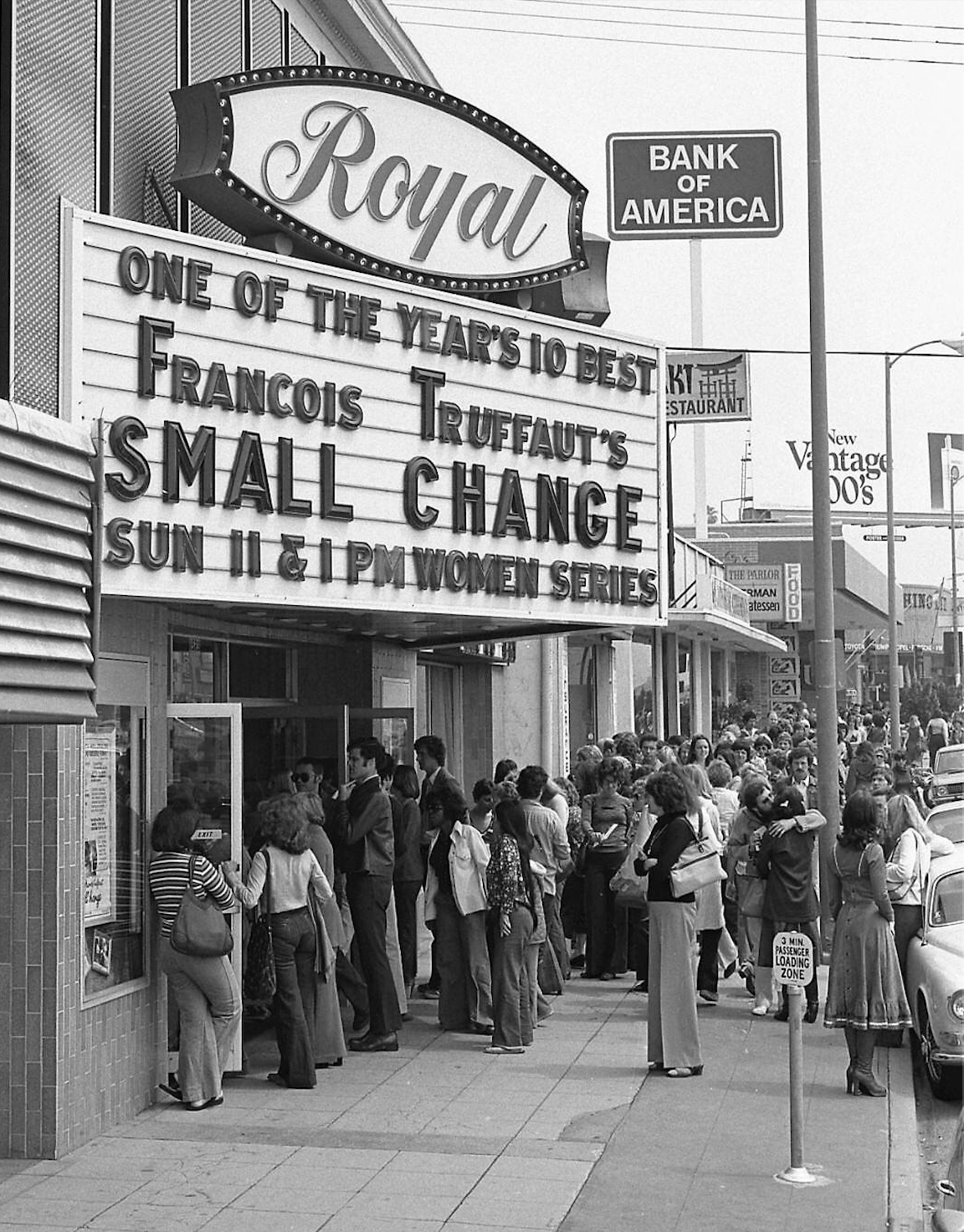 There’s a general longstanding tendency among film critics to go easy on expensive big studio films. Turn the other cheek, avoid sharp judgments or tough terminology, describe them as half-full glasses of water rather than half empty.

But critics always feel free to say whatever in the case of smaller, indie-level films. They’ll stand back if the filmmaker is well-respected. Or, in today’s context, if the film has the Good Wokester Seal of Approval, in which case everyone puts on the kid gloves again. This is just human nature.

From late ’80 to mid ’83 I was managing editor of The Film Journal, a monthly exhibitor trade publication. That meant I was regularly invited to long-lead screenings, or screenings that would happen three to four weeks before hitting theatres, and sometimes five or six weeks. And that was a truly beautiful thing because I got to discover films in a relatively virginal condition, before the early buzz had began to circulate.

“I for one am keen to see Noah Baumbach‘s untitled divorce movie, which Netflix will release…you tell me.

“Costar Ray Liotta provided a capsule synopsis in a Business Insider interview that ran a couple of months ago. 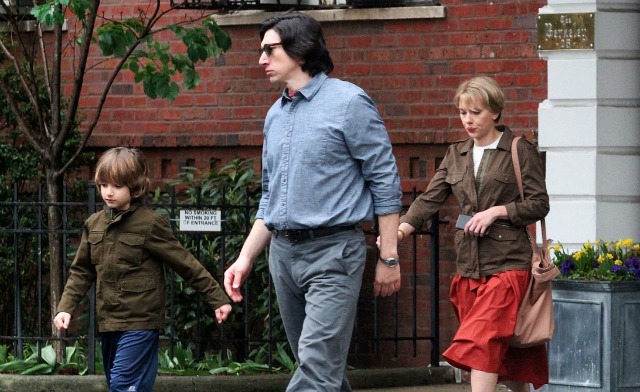 “‘Yeah…I’m a lawyer in it,’ Liotta said. ‘Adam Driver and Scarlett Johansson‘s characters are going through a divorce, he comes to me and I’m a lawyer who explains all these ways we can get stuff out of her in the divorce, and he’s, like ‘No, that’s too aggressive.’ So he ends up going to court, and there he realizes that Scarlett has a lawyer who’s really aggressive. So then he’s, like, ‘Oh, shit’ and he comes back to me to represent him.’

“That Norman Mailer quote: ‘You don’t know a woman until you’ve met her in court.’

“Perhaps the coolest thing that my ex-wife Maggie and I ever did was not get into a big, drawn-out fight during our divorce, which took a few months from late ’91 to August ’92. I was devastated about her moving to San Francisco with the boys, but I visited them all the time and took them with me to see my parents. And then she and the kids moved back to Los Angeles in ’04, which was great. And then they moved back north, and then to Brookline. But seeing Jett and Dylan was never an issue.”

Marriage Story is the only film being screened at all four early-fall festivals — Venice (debuting on 8.29.19), Telluride, Toronto and New York.