No hyperbole here. I’m going to play it cool and calm. Matt Reeves‘ War For The Planet of The Apes is a grounded, eye-filling super-epic, but I’m not going to get carried away. So I won’t be calling it a delivery device for some magical movie potion or, you know, a blessed and majestic achievement for the ages or the answer to any of your personal prayers. Well, maybe one: “Oh Lord, please save us from the scourge of summer movies by giving us a great film — primal, painterly, deeply rooted, character-driven, beautifully fused — that just happens to have a mid-July release date.”

Yes, it’s a franchise flick (further installments are probably inevitable) but Reeves, director of the second and third installment in the 21st Century apes trilogy, has enhanced the brand above and beyond. War is part popcorn and part arthouse, and graced with exquisite chops start to finish. It’s a kind of wintry Apocalypse Now in simian…wait, I said no hyperbole.

But it is that, dammit. A dystopian thing, an emotional tour de force, a band-of-brothers film, a ferociously realistic war movie, and — I love this — a kind of Great Escape meets Escape From Alcatraz in a snow-covered (you could almost say enchanted) forest. The key terms are “measured just so”, “exquisitely composed” and “the whole greater than the sum of the parts.” 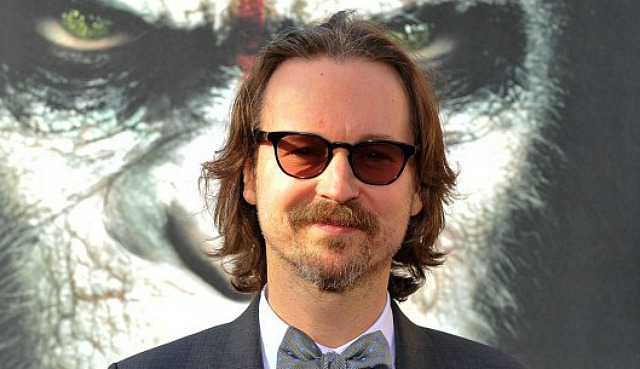 War traverses the realms of smart summer tentpole, masterful art-film composition and epic storytelling at a high emotional pitch. If the snoots and the slovenlies are equally satisfied you know a film is up to something extra.

So yes, War For The Planet of the Apes is an answered prayer of sorts, except God had little to do with it. Okay, maybe in the usual sense (i.e., God as co-pilot or the vague architect of destiny), but it was Reeves who Pattoned this thing…who rolled up his sleeves, came to grips, demanded certain standards, co-wrote the War script with Mark Bomback, led his troops into the forested northwest and made a couple of thousand creative decisions over three and a half years.

Rupert Wyatt launched the apes trilogy in 2011, but Reeves has carried the weight since late ’12 and has now brought it home.

It would sound obsequious to call him the simian maestro, but we can at least say that Reeves is the Peter Jackson of this exquisitely hairy CG realm. The Academy waited for Jackson’s Lord of the Rings: Return of The King before handing him a Best Director Oscar, even with the layered and laborious Return (be honest) not being all that great. But War is a staggering piece of work — ask any big-league critic. Surely a similar consideration is due to Reeves for concluding an epic saga on such a grand and Spartacus-like note. 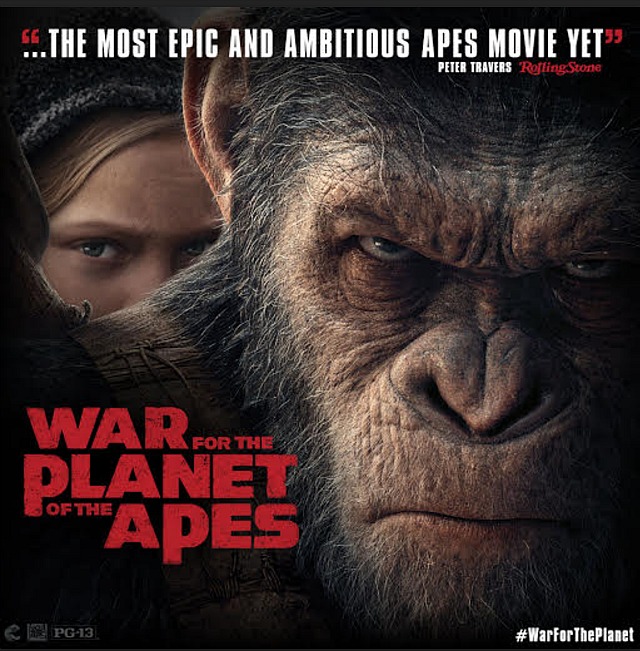 How Oscar baity is War For The Planet of The Apes? Above and beyond the tech categories (CG, photography, production design, makeup, sets), who knows? Over the trilogy’s span Andy Serkis has rewritten the manual in terms of giving a CG-augmented performance — his care-worn, battle-scarred Caesar is nothing short of Shakespearean — but there’s apparently still a SAG contingent that feels threatened by this.

I’m not saying Reeves has been on any kind of baity journey over the last several years, but he has reached a kind of summit or destination point, having completed the same kind of narrative feat that Jackson managed 14 years ago.

Somebody recently said that the 21st Century Apes trilogy — Rise, Dawn and War — is the richest and most satisfying of its kind since the original Star Wars trilogy (A New Hope, The Empire Strikes Back, Return of the Jedi). But with War clearly the most affecting and richly composed of the three, Reeves has actually out-done George Lucas when you consider the fact that Return of the Jedi was fairly weak tea and even silly at times. It ended with happy Ewoks dancing around a bonfire.

A consummate filmmaker who knocked everyone flat seven years ago with Let Me In, which I regard as a better film than Tomas Alfredson‘s Let The Right One In (’08), Reeves is a genre-ist who has somehow managed to hold high the quality torch. From Cloverfield to Let Me In to Dawn of the Planet of the Apes (which Reeves commandeered at a relatively late stage of pre-production, in October 2012) and now War, Reeves has added gravitas and poignancy to material that could have easily been churned into mulch with a lesser fellow in charge, and at the same time has always made the tech stuff look state-of-the-art.

How am I doing on keeping the hyperbole at low ebb?

One last thing: Reeves may be the first major-league Oscar contender to regularly wear a bow tie since Humphrey Bogart. Think about that. Bogart became a bow tie man in the early ’50s, or right around his winning the Best Actor Oscar for The African Queen. He was still wearing them three years later when he snagged a Best Actor nomination for his performance as Captain Queeg in The Caine Mutiny. It goes without saying that anyone who routinely wears bow ties has a certain amount of stylistic conviction. I’m not trying to make a big deal out of this, but who would’ve figured that a director of two gristly ape epics, first-classy and teeming with moisture and snowfalls and to-die-for atmosphere, would have a thing for dandified neck wear? 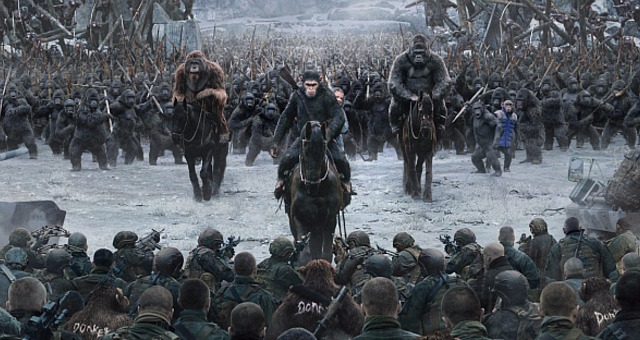