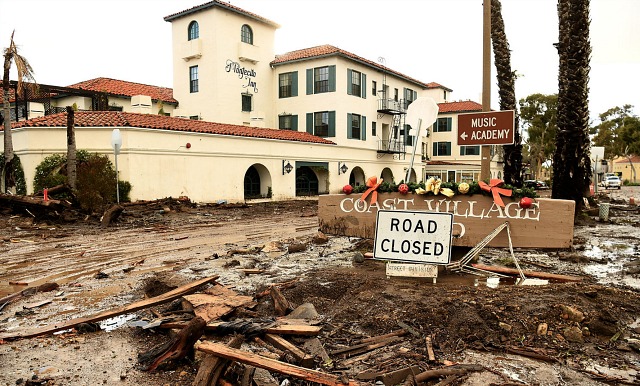 I can’t honestly say I’m humming with excitement over the opening-night film, Emilio Estevez’s The Public. It’s about a non-violent Occupy sit-in at a Cincinnati public library during a particularly cold winter. This sounds selfish and small, I realize, but I’m feeling too depressed these days to settle into a film about homeless folk. No offense.

Boilerplate: “What begins as a nonviolent Occupy sit-in and ragtag act of civil disobedience quickly escalates into a standoff with local riot police, led by a no-nonsense crisis negotiator (Alec Baldwin) and a savvy district attorney (Christian Slater) with lofty political ambitions, all as two librarians (Estevez, Jena Malone) are caught in the middle of it.”

The next Hollywood Elsewhere post will come from the sprawling Fess Parker hotel & resort.