Take The Needle Out Of Your Arm

The Cannes Film Festival guys have confirmed that the usual May timeslot has been tossed. This year the 2021 festival will happen between July 6th and 17th, they’re saying. That’s a little more than five months hence. As I’ve already explained, Cannes in July is a fantasy…a child’s dream. We won’t be free of this hellish Covid nightmare for at least another seven or eight months, if that. We may not be completely shorn of masks until early or even mid ’22.

Let’s imagine that the Cannes Film Festival happens anyway, Covid be damned. They’d still have to enforce social distance seating in the Grand Lumiere, and how the hell would that work? There could be no crowding around the ropes in front of the Salle Debussy. Obviously no gatherings at La Pizza, and no parties to speak of. No crowds of diners jammed together and popping bottles of wine in the restaurant district. No press conferences. Forget it. Next year is the best hope. 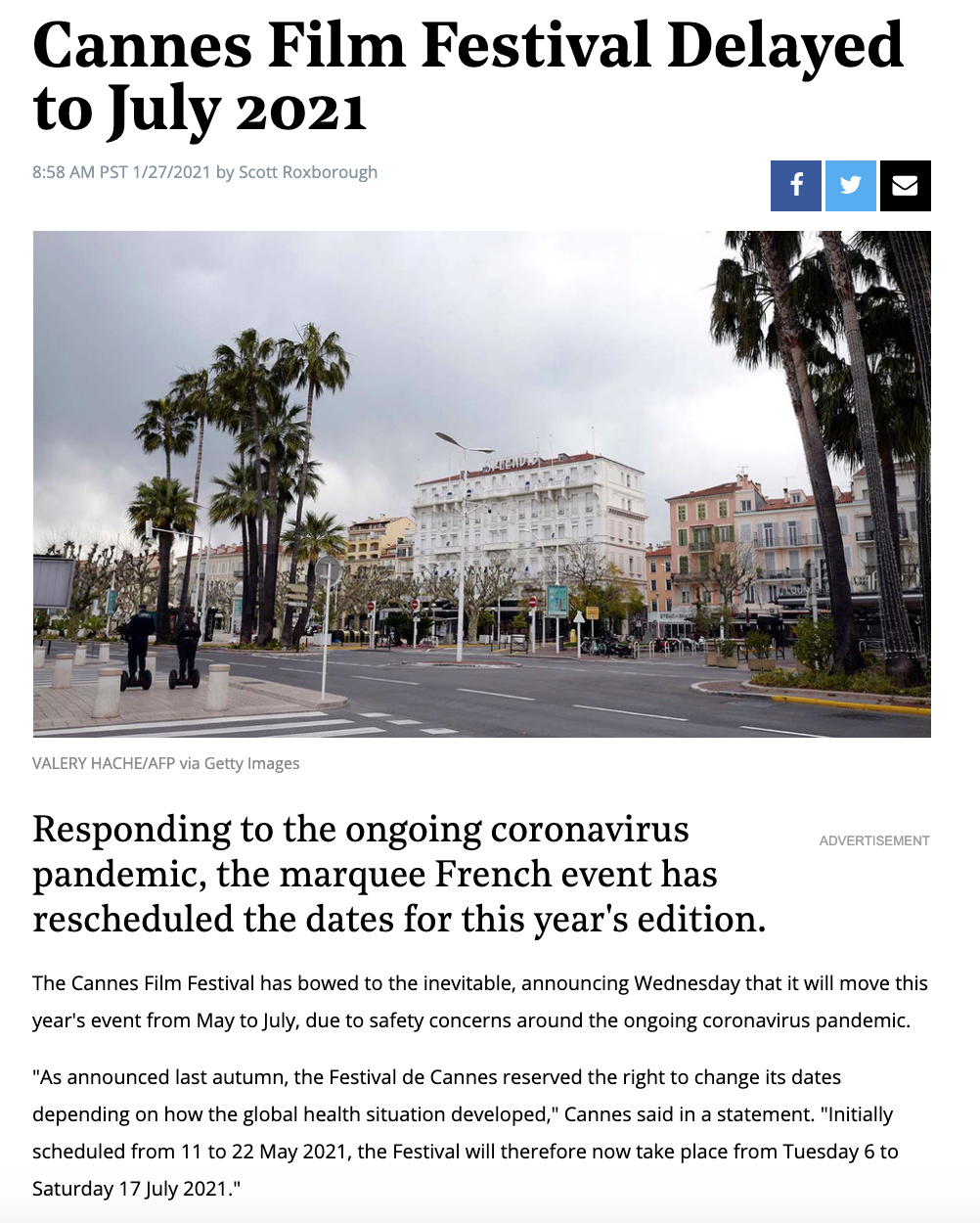