A spoiler-loaded Ain’t It Cool review of Superman Reborn, and if you’re expecting a pan, forget it. Fanboy buzz has been running against this film for a long time, and this guy (who says he saw it “two months ago in South L.A. but didn’t bother to write a review”) is looking to turn the tide and set everyone straight. It runs two and half hours and is “a very good film,” he writes. It’s “big and fun but it has a heart.” And yet “this is not Batman Begins , despite what you might [have been] be led to believe…the overall tone is a lot like [Richard Lester’s] Superman 2, if not a little bit more serious.”

And the bitchslapping of Tom Cruise continues, here in a Josh Rottenberg EW piece about whether he deserves the really big fees, given his growing negatives. 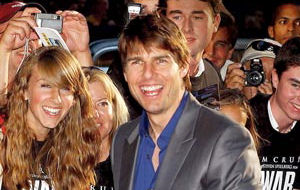 Hollywood Elsewhere’s shoot-from-the-hip evaluations regarding current superstar salaries (figures based on Christina Spines‘EW piece): (1) Tom Hanks, $25 million — deserves it unless he makes something like The Green Mile, in which case he needs to be disciplined; (2) Will Smith, $25 million — deserves it (grunt, snort) but negatives for the black Matthew McConaughey are very high among formula-averse persons like myself; (3) Brad Pitt, $20 million — deserves it only if his overseas earnings stay at Troy levels; (4) Will Ferrell, $20 million — deserves it if he’s in a blue-collar comedy like Talladega Nights: The Ballad of Ricky Bobby; otherwise he’s not that funny, he’s an orangutan with very weird chest hair, and he can’t be in a romantic comedy (as Bewitched pretty much proved); (5) Eddie Murphy, $20 million — he’s been over for so long I can’t remember the last time anyone thought he was even semi-hot…he deserves maybe $10 or $12 million, tops; (6) Ben Stiller , $20 million — he deserves it because of what…Dodgeball?; (7) Russell Crowe, $20 million — his value went up in my book after he put the fear of God into that little Mercer Hotel bitch (anyone working in a service industry who goes “whatever” to a customer needs to be slapped around); (8) Denzel Washington, $20 million — totally deserves it, totally gold; (9) Nicole Kidman , $17 million — she’s worth less since wearing that too-cute black hat in Cold Mountain and especially since making the awful Bewitched; 9) Johnny Depp, $17 million — definitely worth it…I mean, he’s Johnny Depp!; (10) Harrison Ford, $15 million — basically over, deserves the $15 mil when and if they make Indy 4 sometime in 2008 or ’09,; (11) Cameron Diaz , $15 million — she gave her best performance in the very well-reviewed In Her Shoes but she couldn’t “open” it — what does that tell you?; (12) Reese Witherspoon, $15 million — definitely worth it; (13) Jodie Foster , $15 million — worth it; (14) Matt Damon, $15 million — Jason Bourne is worth every dime; (14) Angelina Jolie, $12 million — extremely luscious lady but I don’t get it; (15) Renee Zellweger, $12 million — no way in the world is she worth $12 million…she pushes people away from films; (15) Jennifer Lopez, $12 million — not worth it as far as I’m concerned…if she’s in it, I’m gonna make an excuse and duck out; (16) John Travoltza, $12 million — not worth it if he starts getting fat again and keeps up with that weird tennis-ball haircut.

A day-early (5.4) summation by Hollywood Wiretap‘s Stephen Saito of Christina Spines‘ Entertainment Weekly piece about super-sized star salaries being re-considered and re-calculated. Will Ferrell is worth $20 million? When he did his out-of-the-shadows walk-on in The Wedding Crashers last summer, I could feel the audience deflate…seriously. I could almost hear them groan.

Hollywood Wiretap‘s Tom Tapp on the real reason(s) why Warner Independent Pictures honcho Mark Gill was let go. In a nutshell: a mandate within Warner bros. to cut costs and use other people’s money. This didn’t square with Gill’s wanting to nurture and produce his own projects with Warner production chief Jeff Robinov wanting to put the emphasis on acquiring films.

“I went to see M:I:3 [Thursday] night at the local AMC 20 plex, expecting at least a sizeable crowd. I pulled up to the theatre and there wasn’t a single person at the box-office window . I thought that they had cancelled the screening, or that maybe I had misread the time in the paper. Nope. I walked up, bought a ticket and walked inside. There wasn’t a single person in line at the concession stand either. 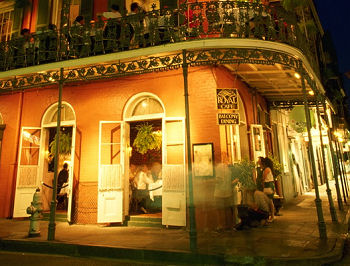 And this was the only theatre in town showing the midnight showing of M:I:3. I walked into the theatre and maybe 20 people were in there, and that’s being generous. Walking out after the movie ended, I noticed a few women shaking their heads and the guys kind of jawing about how they liked it. I overheard one female say, ‘I don’t care what you think, I still don’t like him” And she wasn’t talking about Phillip Seymour Hoffman.” — David DuBos, “Movie Talk” host, New Orleans, LA.

I’ve read the copy about guys in the L.A. gay community expecting Bryan Singer‘s Superman Returns (Warner Bros., 6.30) to play, in a certain sense, “for them”, and that it may be even more gay-accentuated than Joel Schumacher‘s Batman and Robin. But I don’t see the faintest stirrings of gay attitude in the trailer. Brandon Routh, who plays Superman/Clark Kent, is extremely good looking — okay, cute — but he could be Chris Reeve‘s son or nephew, and his manner and line readings seem to be almost modelled on Reeve’s in the original 1978 Richard Donner Superman film. I’ve watched the trailer three times and it really does seem more like a tribute to the Donner film than anything that could be called freshly imagined. I mean, you half-expect to see Glenn Ford (who just celebrated his 90th birthday, by the way) turn up.

I’ve read and heard about several possible dramatic features about Jimi Henrix over the years, and they’ve all been shot down over rights issues, which is a euphemism for the fact that Experience Hendrix, the company run by Hendrix’s sister Janie Hendrix, are very conservative-minded and very nickle-and-dimey in their thinking. The latest no-go is a biopic of some sort that Dragonslayer Films’ John Hillman wanted to make. He thought he’d secured likeness rights to Hendrix, along with music and live footage, but nope. Nobody is going to make a Jimi Hendrix feature as long as those Seattle small-timers have anything to do with the rights….never. 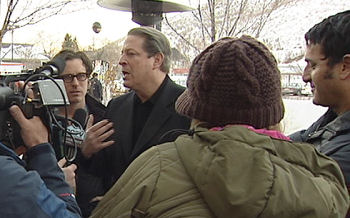 I mentioned this earlier, but it would obviously be more synergistic if the Paramount Classics website had a strongly visual, easy-to-spot link to An Inconvenient Truth‘s home page, which is the same www.climatecrisis.net site that has been there all along (and which is plugged in the film).

You’d never know it by looking at the boring-blah photos for X-Men: The Last Stand on Rotten Tomatoes, but something kinda bad…well, “bad” is a relative term, so let’s say “bad” in an engineering sense…happens to the Golden Gate bridge in this film. 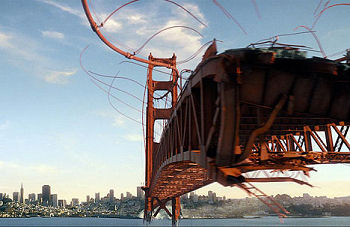 Here‘s a promotional video about David Fincher and his Zodiac editor Angus Wall using Apple’s Final Cut Pro…a good piece. The Paramount release (11.10) was shot with HD Viper cameras (i.e., the same used for Michael Mann‘s Collateral and Miami Vice). Nothing mu8ch about the film, although it shows stills of costar Brian Cox wearing his long, silvery Melvin Belli wig. It also shows that Fincher’s team have created complex digital cityscapes to portray San Francisco at it was in the late ’60s, when the Zodiac killings were (mostly) happening.