Another surprisingly good opening on top of the $38 million earned last weekend by The Break-Up: John Moore’s The Omen , which was critically trashed and wasn’t expected to do more than $7 million or so on its demonic Tuesday opener (the 6.6.06 date being the whole reason it was made in the first place), took in $12.5 million yesterday. I saw it last night at the AMC 15 in Century City in a 280-seat house…maybe 30 or 35 seats unfilled. I studied the faces as best I could in the dark, but it seemed to be overwhelmingly an under-25 crowd . I saw maybe two or three couples in their late 20s and early 30s. It’s not a bad film, this thing. If you can get past the fact that it’s nearly a scene-by-scene re-do of the Richard Donner original, and if Liev Schreiber’s really weird nose and cheekbones aren’t too much of a bother, it’s a reasonably satisfying thriller that’s way above the level of stuff like Hostel. I said to myself about two-thirds of the way through, “This is better than the original.” It’s not looking for voltage from cheap or vulgar shock tricks, for the most part. It`delivers at least three good shock moments. (Maybe four.) The hell with Schreiber’s nose — he’s a superb actor with one of the great baritone voices in movies today. Julia Styles holds her own nicely, and Mia Farrow is eerily fine as little creep Damien’s evil nanny (plus she has a great death scene). The high-grade supporting cast, David Thewlis and Pete Postelthwaite especially — give it a classy veneer. And I couldn’t help but admire the craft in Jonathan Sela‘s photography and Marco Beltrami‘s newly scored music on top of Jerry goldsmith’s classic “Ave Santani” , which I loved hearing loud and strong from the big-screen speakers. The only element I didn’t like was Seamus Davey-Fitzpatrick as Damien. Like Donner before him, Moore doesn’t seem to understand that it’s ten times more creepy for a supposedly demonic monster to look like a wholesome, free-spirited, upbeat atttitude kid — with just a hint of ugliness flickering somewhere deep in his eyes. Davey-Fitzpatrick, wearing a total of one expression through the entire film, is a dull little demon.

Here’s a good sign-of-the-times story by the L.A. Times Josh Friedman about online sports-betting sites taking in some fairly decent coin each weekend from taking bets on Hollywood box-office . “By putting their money where their entertainment hunches are, [betting-minded moviegoers] are turning the weekend box-office derby — once followed mainly by studio executives and accountants — into a participatory sport,” Friedman writes. “Online entertainment betting, originally a novelty aimed at hyping the sports books during Oscar season, is on the rise. World Sports Exchange, which runs a gambling site at wsex.com, reports that its movie wagering volume jumped 26% last year. These days, the site takes $25,000 to $50,000 worth of bets on each weekend’s box-office results.” 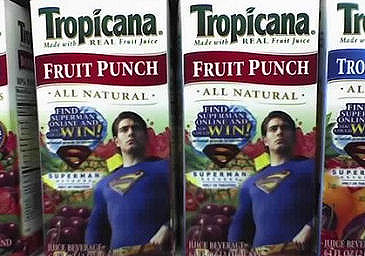 I’m sorry, but this is mildly amusing. Not the Tropicana tie-in as much as someone on the food chain not saying to someone else, “I’m not saying this is a huge deal because it’s not…it’s nothing…but the other side of the coin is that it’s mainly going to give journalists who’ve already responded to the Advocate cover (like the L.A. Times John Horn) something to snicker at. So why do it?” (The source of the image is Manhattan Offender, by way of Defamer.)

Less amusing is a note from an exhibitor friend telling me that Superman Returns has a “confirmed duration of 158 minutes.”

“At 7:56 am on Wednesday, 6.8.06, Jeffrey Wells of Hollywood Elsewhere put himself and his site (www.hollywood-elsewhere.com) in full compliance with U.S. Digital Millennium Copyright Act by submitting to a demand from Time Inc. Deputy General Counsel Nicholas J. Jollymore, received this morning at 7:45 am, to remove a photo of Brad Pitt, Angelina Jolie and Shiloh Nouvel that People magazine paid $4.1 million to publish “exclusively,” so to speak.”

I’ve been sent a convincing-looking copy of Margery Simkin ‘s casting breakdown for James Cameron‘s Project 880, which will apparently begin shooting in Los Angeles sometime in November. Simkin’s sheet offers the following plotline: “In the future, Jake, a paraplegic war veteran, is brought to another planet, Pandora, which is inhabited by the Na’vi, a humanoid race with their own language and culture. Those from Earth find themselves not only at odds with the Na’vi but also with each other.” The characters besides Jake are Neytiri (young female lead, “exotic” in some way or another), Grace (a “mentor” figure, already cast), Norm (mid 20s, second-lead type, a scientist), Akwey (a Na’vi), Tsu’Tey (another Na’vi), Quaritchy (seasoned, middle-aged American Colonel), Selfridge (40ish station supervisor..charismatic), and Trudy Chacon (tough, serious ex-Marine who has has an unlikely relationship with Norm).

I saw the link on Hollywood Wiretap, but the story about Seth Mnookin‘s story in a soon-to-sell issue of Vanity Fair that delves into allegations of plagiarism by Dan Brown in the writing of best-selling “The DaVinci Code” is on the website Editor & Publisher. The charge is that Brown appropriated portions of his novel from Lewis Perdue‘s “Daughter of God”….oops. Kind of a movie-plot spoiler just mentioning that title.

A well-written Jack Black profile by Time‘s John Tyrangiel focusing, naturally, on Nacho Libre. Some press screenings are starting to happen (perhaps as soon as later this week) with the all-media happening on 6.13.

Sitting exclusively on Hollywood Interrupted, the always-lively website of Mark Ebner, one of the most intriguingly contrarian, conservative-leaning dudes I know in this town (check out his amusing video report about being video-harassed by a dark-suited Scientology goon in Hollywood a few days ago) is a trailer for Young Americans, a pro-troops doc being shot by former Hollywood manager Pat Dollard.

Everyone else has been posting the Angelina Jolie, Brad Pitt and Shiloh Nouvel family photo, and I felt like joining in because the folks at People magazine, for whom I worked with modest satisfaction in the L.A. bureau office for 20 months (August ’96 to April ’98), paid $4.1 million for the photo rights, and it felt good to help show it around to help diminish the allure of the print version showing up later this week. Call it a sincere gesture from the heart. But then came an e-mailed threat on Wednesday morning from Time Inc. Deputy General Counsel Nicholas J. Jollymore, warning me to remove the damn photo or else. “Under the U.S. Digital Millennium Copyright Act, your organization has a legal duty to ensure that this photograph is removed from any website you host…your failure to remove this photograph from Hollywood-elsewhere.com would be a clear violation of the Act.” Okay, fine…it’s gone. 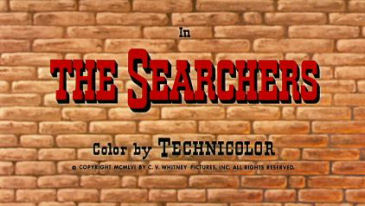