Will Tom Hanks and Ron Howard return to Da Vinci Code Land by making a film of Dan Brown’s Angels & Demons, which would be based upon Brown’s six year-old novel? “We are definitely planning to make this movie with Ron Howard and Tom Hanks,” Sony Pictures chief Amy Pascal has told Slate‘s Kim Masters. Lord help us indeed. Sony has hired The Da Vinci Code screenwriter Akiva Goldsman to write Angels & Demons “but there’s no deal with Howard or Hanks,” Masters writes, “and many question whether either will return. Going through the opening of The Da Vinci Code had to be one of the most complete agony-and-ecstasy experiences for any filmmaker — and that’s leaving aside the stress of dealing with the religious objectors. First the picture was savaged by reviewers, and then it opened huge. It’s nice to make money, but even the rich and successful don’t like to be heaped with public scorn. So, there’s a strong incentive for the principals to declare victory and move on.” Please, guys…do that. 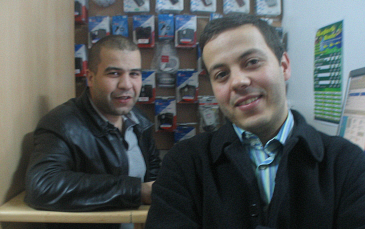 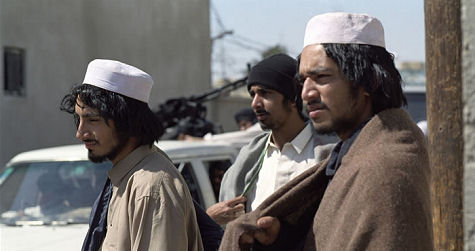 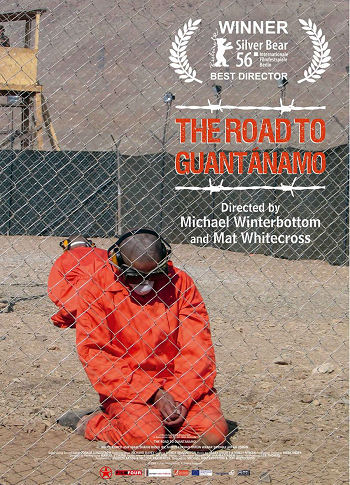 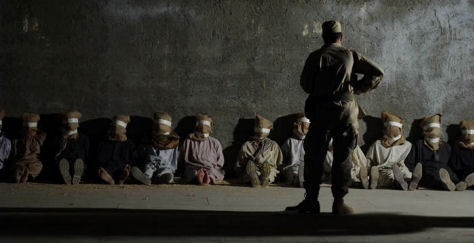 Alpha Dog director Nick Cassevettes and producer/financier Sidney Kimmel wanted their film, a controversial, taken-from-real-life, River’s Edge-like drama about a pack of teens dealing with the death of one of their own, to be released wide, or at least wide-ish (1000 screens or thereabouts). New Line, however, wanted to platform it. So the guys have jumped ship and now Universal has agreed to distribute it in a wide-ish fashion in early 2007, or a bit more than a year after Cassevetes’ film played at Sundance ’06. Something about this explanation in Variety doesn’t ring entirely true. Methinks there’s more to it.

If you take the time to read this review of Milos Forman‘s Goya’s Ghost (Warner Bros., late ’06 — wide release early ’07) and particularly the description of the alleged Natalie Portman nude scene, it tells you straight away it’s a torture scene. (Portman’s character is put through major Spanish Inquisition suffering because she’s suspected of being Jewish.) Anyone who reads this through and then goes “whoa…a Natalie Portman nude scene!” (as some guys in the talkback section do) is effin’ diseased and needs professional help. Ghost also stars Javier Bardem, Stellan Skarsgaard (as Goya) and Randy Quaid. 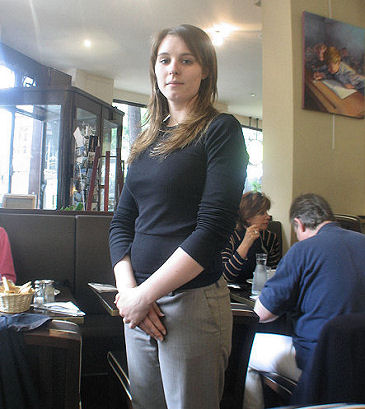 There’s something here…a straight-shooting, mid ’60s Truffaut-ish quality…not modelish (which is what’s so appealing)…with that frank expression and those friendly-knowing eyes, she could have starred in Bed and Board or Two English Girls (assuming she can act)…her name is Jennifer Laemlin, and she may not even know who Francois Truffaut was, but she’s been very gracious and accomodating as I’ve sat and typed away inside Le Cafe qui parle (where she works) for hours and hours on end — Thursday, 6.1.06, 2:10 pm.

(a) Cafe on Boulevard de Courcelles — Thursday, 6.1.06, 12:05 pm; (b) ditto; (c) Outdoor banner for La Rupture on front facade of Pathe Wepler in Place Clichy — Thursday, 6.1.06, 12:40 pm; (d) One gallon equals 3.8 liters means that the more expensive gas on the right is selling for 6.34 Euros per gallon…right? And the slightly less expesnive “super” is going for 5.92 Euros per gallon — Thursday, 6.1.06, 12:55 pm; (e) View from just outside the Champs Elysee screening room where I saw The Road to Guantanamo this morning; (f) Graffiti on bathroom door inside facilities at Parc de Monce — Thursday, 6.1.06, 11:20 am; (g) Lunchtime snoozers at Parc de Monce — Thursday, 6.1.06, 12:25 pm; (h) I’m pretty sure you can’t buy lemon-flavored Tic Tacs in the U.S.; (i) Indian restaurant on rue Ruisseau near internet cafe that I’ve never gotten around to eating at, despite high recommends from the locals; (j) A single futon on the floor with electricity that shuts down if you run the heater, the kitchen hot plate and the bathroom fan at the same time is what you get for a weekly $500 rent in Paris these days , and with no accessible wi-fi (which sucks).

In Focus interviewer Mike Russell asks, “Is Superman Returns the unofficial Superman III?” And SR screenwriter Michael Dougherty replies, “Okay, uhm, it’s funny…I think Bryan [ Singer] and Dan and I need to sit down and discuss this answer before we talk to too many other reporters. My personal belief — and I know Bryan has been quoted as saying differently — is that this is not Superman III. I don’t feel like it’s appropriate to discount Superman III and IV, because a lot of people put a lot of hard work into them, and even if you don’t like them or don’t think they’re up to a certain quality, they’re still Superman movies.” And then SR screenwriter Dan Harris says, “It√É¬¢√¢‚Äö¬¨√¢‚Äû¬¢s complicated. If this is a sequel to I and II, then everything in I and II happened. But if we√É¬¢√¢‚Äö¬¨√¢‚Äû¬¢re picking and choosing what we want — which is what I think is what happened, using our memories of Superman: The Movie to build our back story √É¬¢√¢‚Äö¬¨√¢‚Ç¨¬ù then I can guarantee that it’s not the specifics, but the broad strokes of those movies that are part of the Superman we√É¬¢√¢‚Äö¬¨√¢‚Äû¬¢re making.” — from Russell’s In Focus interview with the screenwriters (June ’06 issue).

Harry Knowles is reporting that Darren Aronofsky‘s The Fountain is going to be be released by Warner Bros. on 10.13. The darkly intellectual fantasy flick was a Cannes no-show because Arnofsky would settle only for a competition status and the powers-that-be wouldn’t give him that.

“The whole point of a remake is to either improve upon a flawed film, or to bring a new and/or different perspective to a classic tale. The Omen does neither, [being] essentially a shot-for-shot remake of the [Richard Donner] original, but with weaker performances and more deliberate ‘jump scares’ to get the teen girls screaming and gripping their boyfriends in fear. In many ways it’s disturbing how much director John Moore has adhered to the original film, so much so that those familiar with it in any way will very quickly get irritated or bored with this rehash. Even those new to the tale will find its now somewhat dated material and the inherent flaws from the original still visible, despite various attempts to hide them by ‘jazzing up’ the horror quotient.” — from a review by Dark Horizon‘s Garth Franklin. (Here, also, is the view of critic Paul Byrnes of the Sydney Morning Herald.)