Scriptland columnist Jay Fernandez has picked up on the rumble that was going around last May (in Cannes, for the most part) about Babel director Alejandro Gonzalez Inarritu and screenwriter Guillermo Ariagga being at odds. The L.A. Times reporter has written that people in their respective cirlcles “are privately aghast that Inarritu, apparently miffed that Arriaga claimed much of the credit for the critical success of 21 Grams, banned the writer from attending Cannes, where Babel had its world premiere. Inarritu, in full auteur glory, went on to claim the best director prize. Multiple calls to Arriaga’s UTA agent went unreturned, Inarritu’s manager would merely confirm the ban and acknowledge the feud, and a message left for Inarritu sits idle.”

Mainstream reporters whose stories are printed in newspapers which are then hand-delivered to newsstands and newspaper vending machines by guys in trucks…these reporters and their editors really love pointing out that Steve Zallian‘s All The King’s Men was a huge debacle. The difference this time is that L.A. Times writer Scott Martelle got to talk to Zallian, the poor guy, and take his photo even. Look at the expression he’s wearing. It’s glum but in a kind of enigmatic, late-afternoon, verging-on-Mona Lisa way. 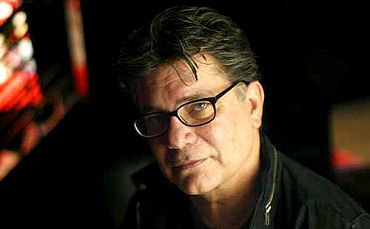 And what’s with this morning’s posting of this Time “blog” piece by Washington Times reporter and Brainwash editor Eric Pfeiffer about the selling of Oliver Stone‘s World Trade Center to conservatives? Why now, I mean, two months after the movie came out? Because Stone has been promoting it in Europe?

The Queen star Helen Mirren, who’s looks at this stage like an even more likely shoo-in for Best Actress than Prada‘s Meryl Streep and Volver‘s Penelope Cruz, sat for a round-table chat this morning at the Four Seasons hotel; so did the film’s director Stephen Frears and screenwriter Peter Morgan. Frears and Morgan deliver a somewhat livelier session (Frears’ voice is the sharper and deeper of the two), but Mirren ran a close second. 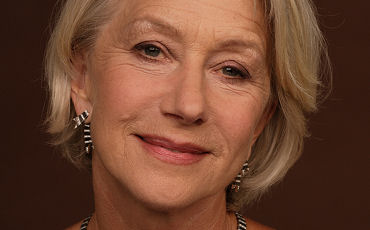 Queen star Helen Mirren, not as she appeared during roundtable interviews this morning (9.3) at the Four Seasons but at a Miramax-funded photo session a week or two back.
October 3, 2006 5:11 pmby Jeffrey Wells
9 Comments
La Opinion quotation

Happiness and lethargy are merely flip sides of the same coin. People who go “whoopee” when things are going well and “woe is me” when things are going badly are slaves in a jungle of illusion. There is only the cosmic hum and continuity of it all.
That is why people who spray champagne on their friends and scream “we’re number one!” when their football or soccer or baseball or basketball teams wins are cosmic midgets. And why this front-page story that appeared in the Times this afternoon will only excite or encourage children.
It reads, “After days of flirting with its all-time peak, the Dow Jones industrial average finally set a new record this afternoon. The Dow gained 56.99 points, or 0.5 percent, to close at 11,727.34. The index√É¬¢√¢‚Äö¬¨√¢‚Äû¬¢s previous closing high of 11,722.98 was set on Jan. 14, 2000.
“The latest record came as oil prices fell about 3 percent and dropped below $60 a barrel for the first time since March. Energy prices have been falling in the last month because fears of hurricanes, troubles in the Middle East and tight supplies have eased markedly since the end of summer.
“Earlier today, the Dow topped another record reached on Jan. 14, 2000, as it traded at an all-time intraday high of 11,758.87. The stock market rally that led to the 2000 peak had been fueled by growth in technology and a belief that the internet would transform businesses. The rally over the last few months, however, has had more modest roots: signs that the economy is moderating and inflation is tame.”