Isn’t this the same funny trailer for Night at the Museum (20th Century Fox, 12.20) that’s been kicking around since Labor Day, if not before? That Robin Williams/Teddy Roosevelt bit is hilarious. (Meaning it’ll be tired when we finally see the film.) Thing is, it says “January 2007” at the very end — I just checked with a Fox rep and the opening date is definitely 12.20.06, so it appears the “human element” kicked in and somebody erred. The rep said they won’t be screening it until sometime in early December due to the scores of visual effects that have to be tweaked just so.

“While many critics were impressed by Children of Men‘s virtuosity and bravado,” writes Hollywood Reporter/Risky Biz blogger columnist Anne Thompson, “the industry types were seeing a downer film that’s going to lose money. The movie is a brilliant exercise in style, but it’s another grim dystopian look at our future — like Blade Runner or Fahrenheit 451 — that simply cost too much money.”
Wells to thoughtful industry types: (a) Yeah, it’s “grim” but, as you well know, only in a general milieu-ish way — it’s mostly an action-driven chase movie, the story has a clear “maybe things aren’t so bad after all” theme, and the finale is all about relief, reverence and shelter from the storm, and (b) When a movie is photographed with as much genius as Children of Men and is so thrillingly well-done, it can’t be called downerish unless you’re a total moron because the whole thing is so exhilarating to sit through. Going to this film and calling it a “downer” is like standing in front of Pablo Picasso‘s “Guernica” and complaining that it’s not colorful enough (i.e., Pablo painted it in grays, blacks and whites).
Thompson reports that Men cost between $72 and $90 million, which I’ll admit seems like a lot. “So what if it makes money or not?,” she rhetorically asks. “It matters because we want smart, risky movies to return some cash so that the studios are encouraged to make more of them.
“One could look at this as the passion project that [director-cowriter] Alfonso Cuaron finally got to make after delivering a blockbuster like Harry Potter and the Prisoner of Azkaban. That’s how things work. He can afford a noble failure. The studios all want to be in business with him.” 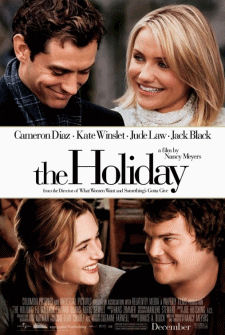 According to a letter from Peter Jackson and Fran Walsh posted late last night on theonering.net, New Line Cinema has parted ways with Jackson/Walsh over a lawsuit that they had brought aainst the distributor tied to Fellowship of the Ring revenues (i.e., product licensing, “differences of opinion”, etc.).
The positive-minded Jackson/Walsh had been expecting settlement on the lawsuit, which would then be followed by a deal to start work on The Hobbit plus a Lord of the Rings prequel. However, according to the letter, “last week [New Line bigwig] Mark Ordesky called Ken Kamins” — Jackson/Walsh’s manager — “and told him that New Line would no longer be requiring our services on The Hobbit and the LOTR ‘prequel’…this was a courtesy call to let us know that the studio was now actively looking to hire another filmmaker for both projects.
“Ordesky said that New Line has a limited time option on the [Hobbit] film rights they have obtained from Saul Zaentz (this has never been conveyed to us before), and because we won’t discuss making the movies until the lawsuit is resolved, the studio is going to have to hire another director. Given that New Line [is] committed to this course of action, we felt at the very least, we owed you, the fans, a straightforward account of events as they have unfolded for us.”
What’s really going on here, I believe, is a reflection of the this year’s sea-change attitude among distributors and producers towards coddled, overpaid wunderkind types like Jackson — big-name talents who get rich deals for themselves and their production companies, after which they go off and strain or exceed the budget, and then their sometimes indulgent, overlong film (i.e., King Kong) comes out and does moderately well but not well enough. Result: the wunderkind makes out like a bandit and the studio is left holding the bag.
Image-wise, Universal’s King Kong experience with Jackson made him into the ultimate enfant terrible poster boy for indulgent, genius-boy tendencies. Jackson’s middle name is “wheeee!” — it’s what makes him what he is. If you make a movie with Jackson, provision #1 in his contract is that he gets to go “wheeee!” all through the making of it. At the end of the day the film will be in some ways awesome/brilliant/ eye-popping and what the fans want, and in other ways indulgent, show-offy, overlong and flooded with fake-looking bullshit CG shots that “wheeee!” types love to create because fake CG shots are so deliriously comic-book “imaginative.”
You may make a huge profit with a Jackson film and you may not, but one thing for sure is that he and his New Zealand pallies will make out like kings plus they’ll all get to go “wheeee!” for 18 months or two years, on your dime.
I’m basically saying that New Line did a good thing here. The more Peter Jackson gets cut down and has to trim his sails and stop “wheee”-ing his way through movie-making, the better. I say this because I have never suffered so acutely in my moviegoing years…I’ve never felt so awful, so trapped, so stuck on Devil’s Island- with-dysentery as I did while watching the Lord of the Rings trilogy and also the first 70 minutes of King Kong. I just know that the fewer “paints” Jackson has to work with, the better his films will turn out to be.