Salon‘s Stephanie Zacharek has compiled the most independent-minded Ten Best of ’06 list I’ve read anywhere. It’s so described because she’s included Marie-Antoinette (in some kind of royal tie with The Queen), Bryan Barber‘s Idlewild (not clever or crafty enough to be considered even an off-perverse choice), The Painted Veil (a tiresome dirge), The Notorious Bettie Page (scattershot), etc. Her choices are off the planet, but Zacharek deserves moxie points.

Richard Eyre‘s Notes on a Scandal (Fox Searchlight, 12.27) has done well enough by me, and it’s gotten a 79% Rotten Tomatoes positive and a 75% rating from Metacritic. But what’s really intriguing, I feel, is that at least one critic — the Hollywood Reporter‘s Kirk Honeycutt — thinks it’s misogynist (as does a columnist I know), and another — N.Y. Times‘ Manohla Dargis — feels it’s misanthropic. Good…this adds a certain something.
“Is this Judi’s film or Cate’s, Barbara’s or Sheba’s?” Dargis writes. “Barbara inspires shudders and may be off her rocker; Sheba is totally hot but also a sexual predator and, it emerges, rather stupid. Judi looks a fright, but that works to her actorly advantage as much as her marvelous enunciation. Cate slinks around, soaking up male and female attention with confidence. Of course both characters are utterly despicable, as is the story that invites us into its trap just to prove that we all have our self-serving reasons, including the filmmakers.”

N.Y. Times Oscar guy David Carr (a.k.a. “the Bagger”) “believes the movies that matter most are the ones being made right now. The Bagger has seen his share of crap, but he has also spent the past few days staring at films that take his breath away. In between shopping, gift-giving, and building fires that always seem to go out, the Bagger kept sneaking upstairs, away from the rellies, for a little him-time. Between screenings, screeners and premieres, he has seen stuff that left him confused, baffled and delighted.
“If last year√É¬¢√¢‚Äö¬¨√¢‚Äû¬¢s awards were a celebration of miniature wonders balanced on issues of moment, this year it√É¬¢√¢‚Äö¬¨√¢‚Äû¬¢s all about sprawling, glorious cinema. It is a tenet of the Royal Order of Oscar Ninnies that the movies in any given year weren√É¬¢√¢‚Äö¬¨√¢‚Äû¬¢t all that, that Hollywood and its indie outriders are constantly falling short artistically. But in truth, that√É¬¢√¢‚Äö¬¨√¢‚Äû¬¢s baloney. This award season is full of ambition, some realized, some not, that will make voting, or writing about voting, a complicated pleasure.”

By the time the Sundance Film Festival ends on 1.27.07, or perhaps before, a hooded Saddam Hussein will have been dropped through a trap door and suffered death from strangulation and a broken neck. 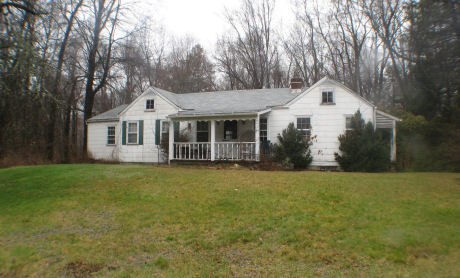 The Nicky Hilton-Elizabeth Taylor drunk house on Route 102 in Georgetown, Connecticut, where Hollywood Elsewhere has been staying since Christmas Eve — a cottage where Hilton and Taylor stayed for a period in 1950 during their brief rocky marrriage before she sued for divorce (she complained of spousal abuse) — local legend says Hilton threw Taylor out a window during one of their drunken fights; re-designed and expanded Elizabeth Taylor bathroom; living room.
December 26, 2006 9:41 amby Jeffrey Wells
28 Comments
“Dreamgirls” revision

Where’s the data supporting Nikki Finke‘s reported assertion that the Dreamgirls audience is significantly expanding beyond the black/gays/hip urban demo? David Poland reported last night that Dreamgirls‘ opening-day gross (on 852 mostly urban-ish screens) was not $6 million (as Finke reported) but significantly over $8 million, second only to Night At The Museum, which was playing on nearly four times the number of screens — 3685.

“What Is It About Obama?” — a nicely reported, fairly-close-to- the-button L.A. TImes piece by Terry McDermott.

L.A. Times guy James Bates speaks to ThinkFilm’s Mark Urman about awards-season surge of Half-Nelson and Best Actor nominee Ryan Gosling: “There’s not a day that goes by when someone isn’t in a position to read about Half Nelson,” Urman says. “That wasn’t the case when it was in active theatrical release. Now, it’s part of the dialogue. On the January- February cusp, when this film is about to come out on DVD, if the gods are good, it will be an Oscar nominee in a major category. It would make an enormous difference on DVD.” 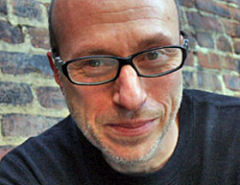 Director Karen Moncrieff acknowledges that titling her latest film The Dead Girl serves as a form of truth-in-advertising and that those uninterested in the occasionally disturbing subject matter might be better served elsewhere.
“I understand making an unrelenting film may make some people feel like ‘life’s difficult enough, I don’t want to see a movie that’s going to make me that uncomfortable for that amount of time,'” she told L.A. Times profiler Mark Olsen. “And I absolutely respect their right to go choose another movie.
“I feel like I’m making films for people who are like me, who like to go to movies and be shaken up, literally taken by the throat and shaken up for an hour and a half. And moved and forced to look at things that are ugly, forced to contemplate the darkest moments any of us can imagine.”
As I said on11.22.06, “The color palette in The Dead Girl is pale and splotchy, and the mood of it is down, down…all the way down. Moncrief, who wrote and directed, has invested herself and her cast in an orgy of dingy, hopeless, lower-depths misery. Her female characters (the guys are mostly creeps or louts) are either sad or traumatized or badly bruised, or a combination thereof. There’s no question that Moncrief regards them with the utmost compassion and respect, but she’s mainly interested in how it feels to be in their cages — caught, desperate, unable to escape.”

Casino Royale is the all-time King Shit among the James Bond movies with a worldwide gross of $304.4 million. The super-succcessful Daniel Craig vehicle (no thanks to deadhead producers Michael Wilson and Barbara Broccoli) took in $14.5 million at 6,300 European theatres over the holidays. Royale is “only the fourth 2006 pic to clear $300 million, joining Pirates of the Caribbean: Dead Man’s Chest, The Da Vinci Code and Ice Age: The Meltdown,” says Dave McNary‘s Variety story.

A thoroughly dull Matt Damon interview in the 12.26 L.A. Times, written by Josh Gajewski. Damon’s Good Shepherd character has no pulse, and neither does the piece. I was nodding off after the first five graphs. The role of Edward Wilson — a soft-spoken, stiff-shouldered secret agent — is “not flashy,” Damon tells Gajewski. “It won’t get any attention in terms of awards or anything like that, but for me personally, for just how complex a role it was and how interesting the subject matter is to me, this was definitely up there.”

The U.S. military announced today the violent deaths of six more American soldiers in Iraq, for a grand total (since the March 2003 invasion) of 2978 stiffs. This is exactly five bodies more than the number killed in the 9/11 attacks in New York, Washington and Pennsylvania.